Upon the release of the 2021 Can-Am Maverick X3 Turbo RR, many enthusiasts were pleased with the new improvements compared to the 2020 model. The industry-first “smart-shox” were unveiled in the 2021 model and feature three different ride modes that drastically improve handling and response. Precision driving is easily obtainable thanks to this new and improved technology, but one of the biggest gripes owners are finding is the power output has not changed in the slightest.

The new MG1CA920 ECU that is offered in the 2021 Can-Am X3 Turbo RR has proven to be an absolute nightmare to flash. VR Tuned has been working closely with a manufacturer to create a protocol that has allowed us to unlock the true potential of this new ECU. 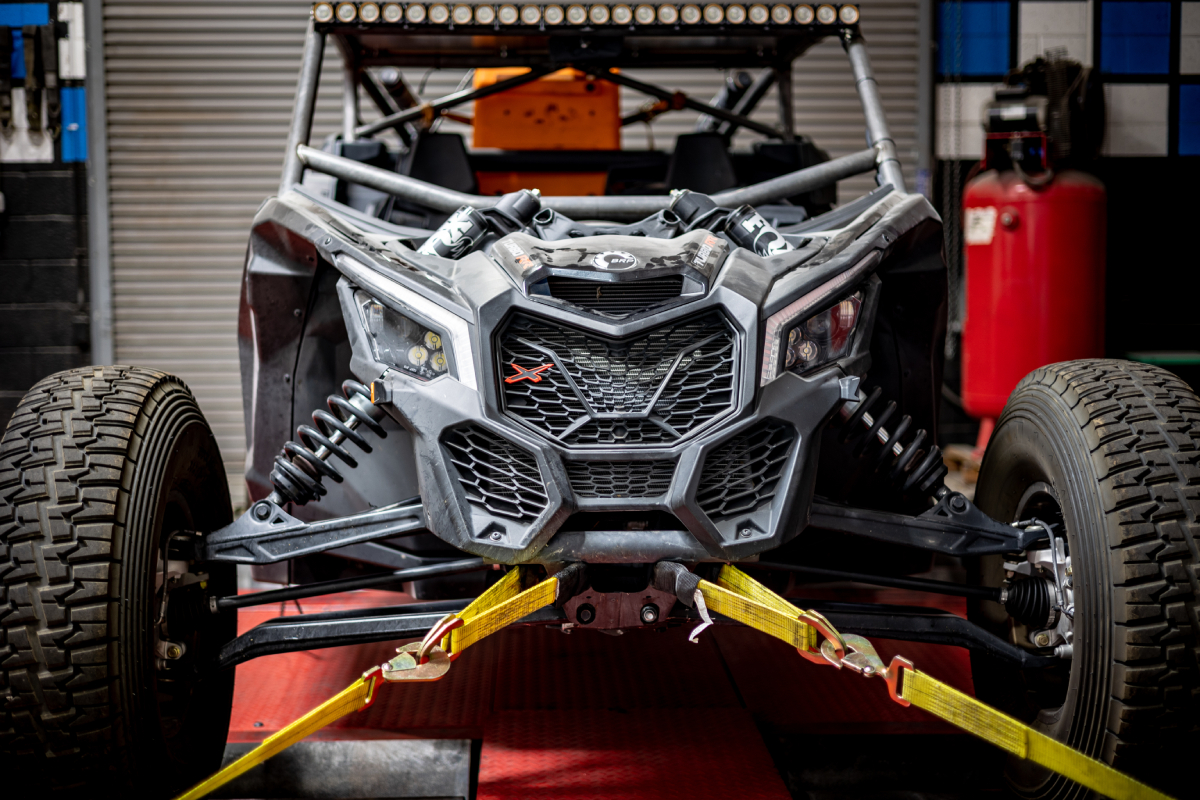 VR Tuned just released an ECU flash for your 2021 Turbo RR that brings the power output from a measly 195hp to 220hp which is a considerable difference for just one modification. Compared to other highly modified machines, this increase in performance is achievable with a stock machine. No exhaust, intake, clutch, intercooler, or charge pipes have to be modified to gain this kind of power which means simple bolt-on modifications will yield an even higher power output with the VR Tuned ECU Flash!

Along with the improvement in power, the VR Tuned ECU Flash increases peak boost and boost delivery. This will allow boost to come on faster and harder which gives you the upper hand in performance. Utilizing timing, fuel trims, boost pressure, limiters, and many other elements our highly experienced tuning staff were able to dial the air-to-fuel ratio (AFR) to 12.0-12.2 thanks to internal and external data logging on our Mustang Dynamometer. 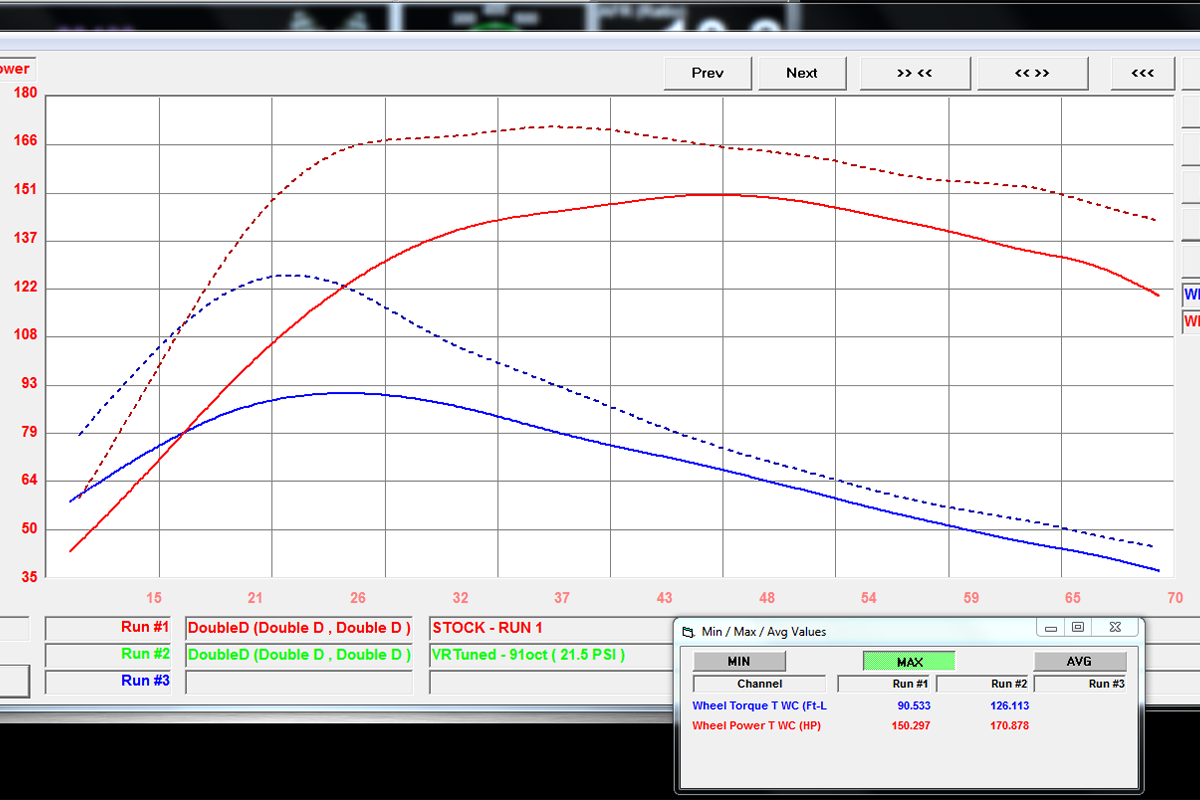 Another major improvement from the VR Tuned ECU flash is the throttle response. Naturally, the stock throttle response is laggy and slow on the 2021 Turbo RR which can create frustration as there is a delay in the power delivery when mashing the throttle. The ECU flash combats this issue completely by boosting the signal to the throttle pedal and allows the throttle body to open much faster and delivers power much sooner compared to the factory.

Based on data collected from harsh driving conditions, the fan temperature actuation has been lowered to kick the fans on sooner to keep the coolant and oil temps lower for higher efficiency. To minimize the effect of heat soak, the intercooler fan also engages at a lower temperature. The cooling and intercooler fan engagement temps can be adjusted according to your preferences. 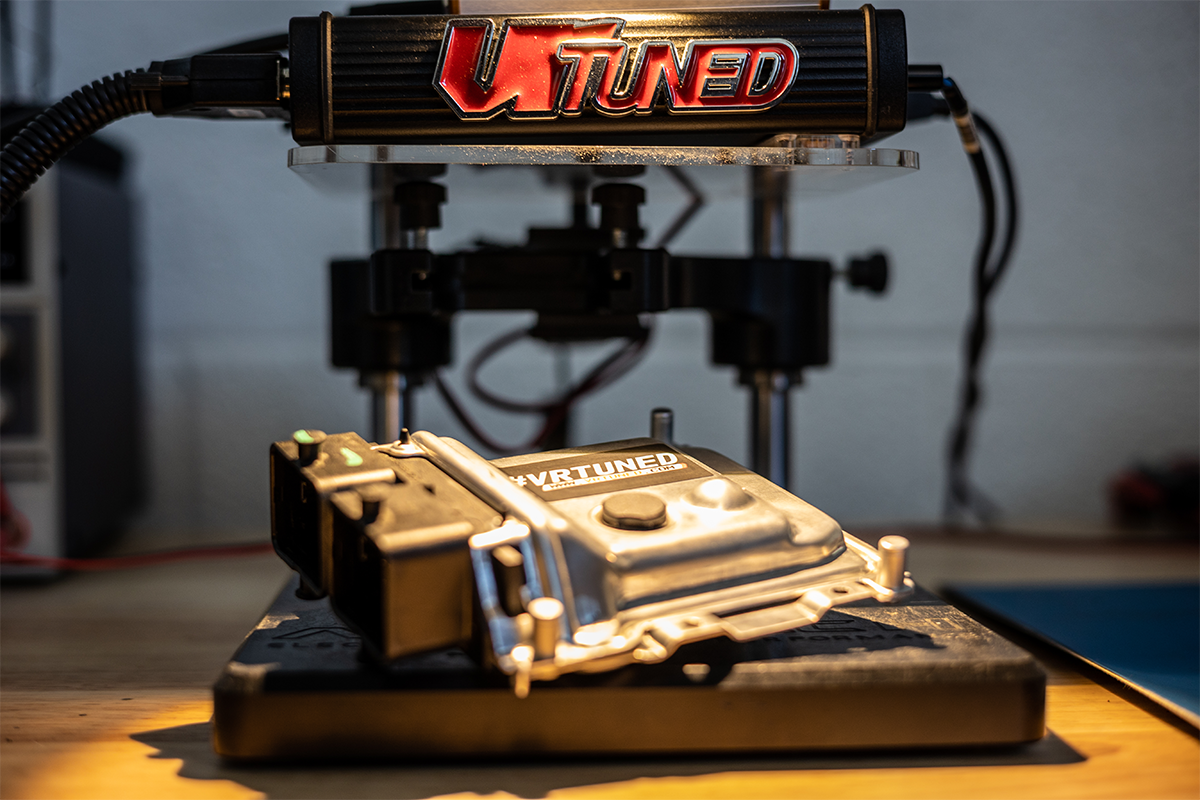 Alongside these fantastic performance and efficiency improvements, the VR Tuned ECU Flash also increases the RPM limiter to 8,600 versus 8,300 RPMs from the factory. This improvement will give owners a little more headroom in the power band and stretch the legs of your Rotax 900cc turbocharged engine. The speed limiter has also been removed to prevent the 2021 Turbo RR from limiting your desire for more speed.

Another incredible feature of the VR Tuned ECU Flash for your Turbo RR is the race start function. You will be able to start your Turbo RR in any gear without having to depress the brake pedal. The 2021 Can-Am Maverick X3 Turbo RR tuning currently requires ECU removal and shipping to our location in Gilbert, Arizona. However, we provide 24-hour turnaround service along with FedEx Overnight shipping.

Watch The Video Below!

If you have any questions about VR Tuned or its products, please do not hesitate to contact us. You can reach us by phone at 1-480-966-3040 or via email at sales@vividracing.com

Ahh it all makes sense now 🤣 Drop your favorite

Hot or not?! Drop your rating of our VR Aero kit f

Introducing our new line of @vrforged Wheels! With

It's a vicious cycle 🤣 Drop what you're modding

@brian.mann14’s Huracan sitting on a set of @bri