by AJ Casoli
in Client Cars
0

Mitsubishi released the Lancer Evolution in the early ’90s which gained massive support and attention from enthusiasts all around the world. Although not receiving one until the early 2000s, America finally got their hands on one of these glorious machines. Providing astounding results in rally races and taking home heaps of victories in the World Rally Championship (WRC).

Rooting the Mitsubishi Lancer Evolution name within the rally world, America started recognizing the potential of the vehicles. Being an all-wheel-drive, turbocharged, 2.0L four-cylinder engine proves to be helpful in the mountains. Another benefit of the Evo is the fact that it is so easily customizable. With massive aftermarket support even after its release, many owners began building incredible vehicles that dominate the streets, track, and countryside.

Realizing the potential of his Evo VIII, our customer @info50psi decided to ditch the factory wheels and rock some Gram Lights 57CR all around. With the sporty 5-spoke design revealing the magnificent Brembo brakes, improved cooling was achieved as there is less surface area covering the rotors and caliper. The lightened load on the drivetrain also allows for the power to be transferred to the pavement more efficiently.

The glossy black finish compliments the blue paint and carbon fiber body panels found on this elegant Evo. Being a popular choice amongst tuners, the 57CR pairs well with the Mitsubishi Evo. The sleek spoke design gives the ultimate performance look and the one-piece cast constructions provide immense strength without sacrificing weight.

If you have any questions, please contact us. You can reach us by phone at 1-480-966-3040 or via email at sales@vividracing.com 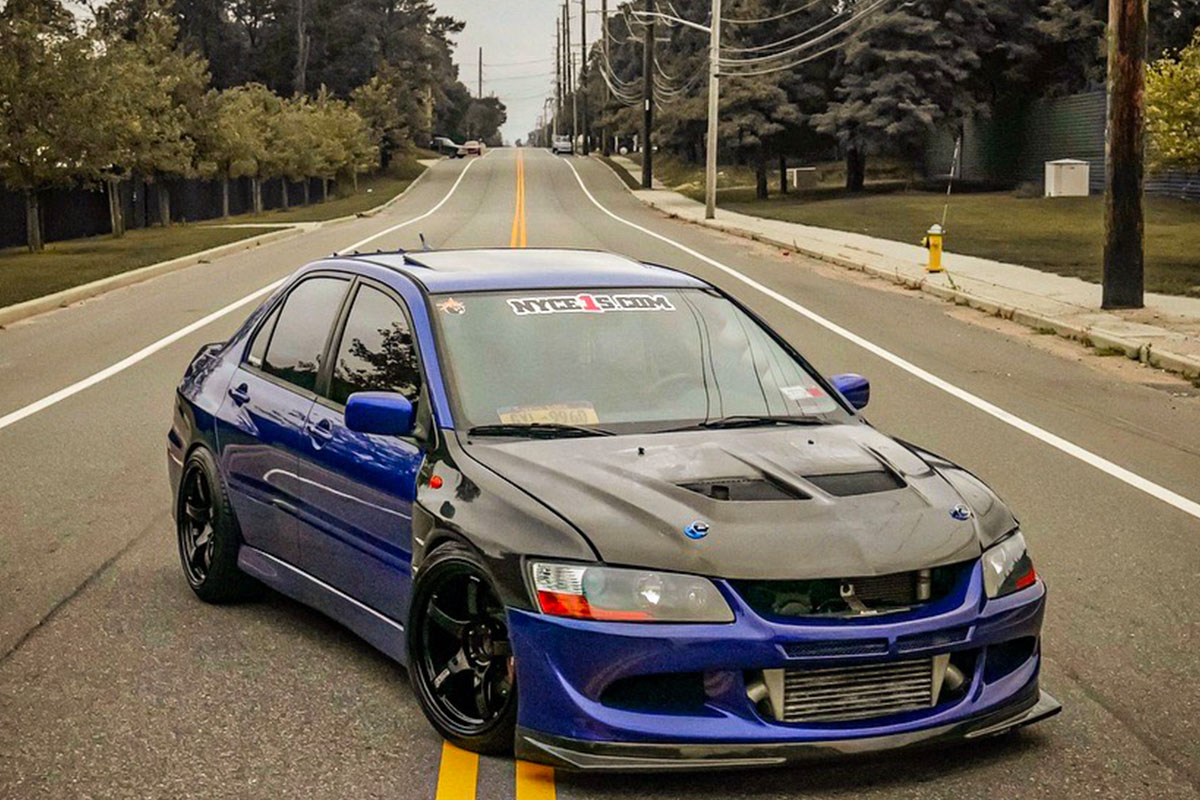 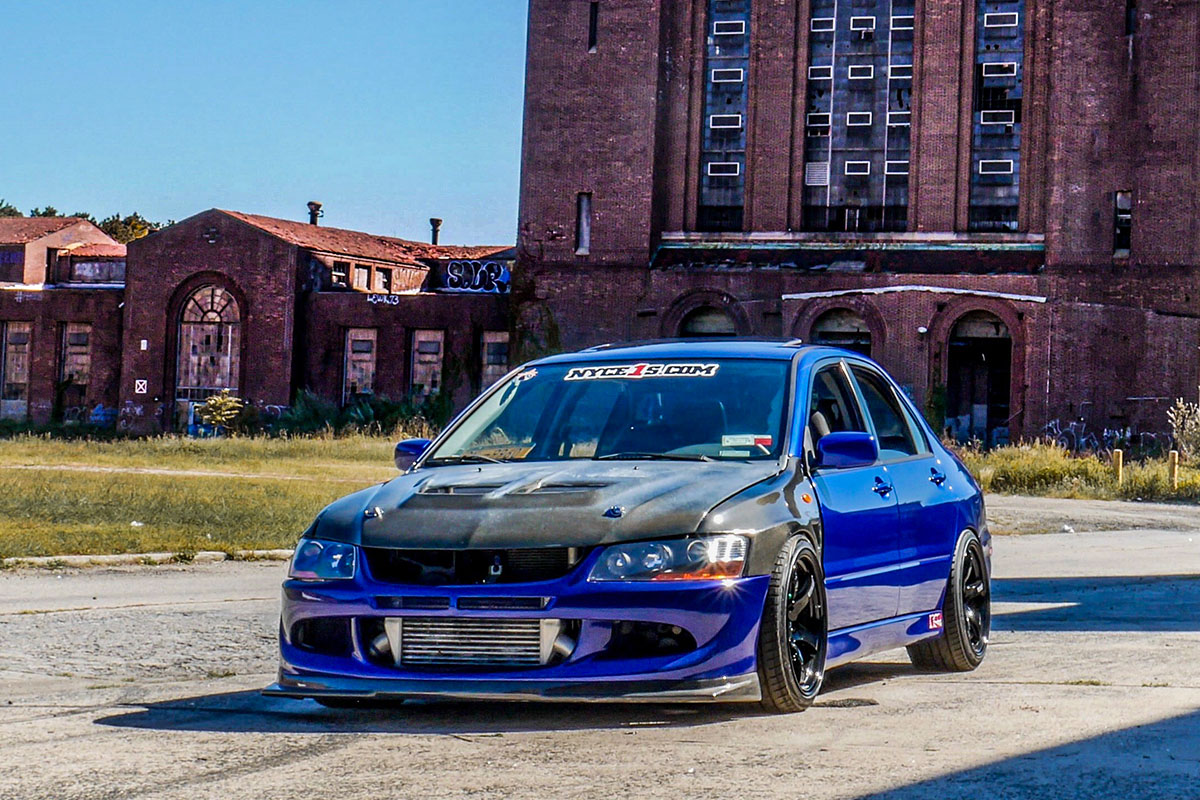 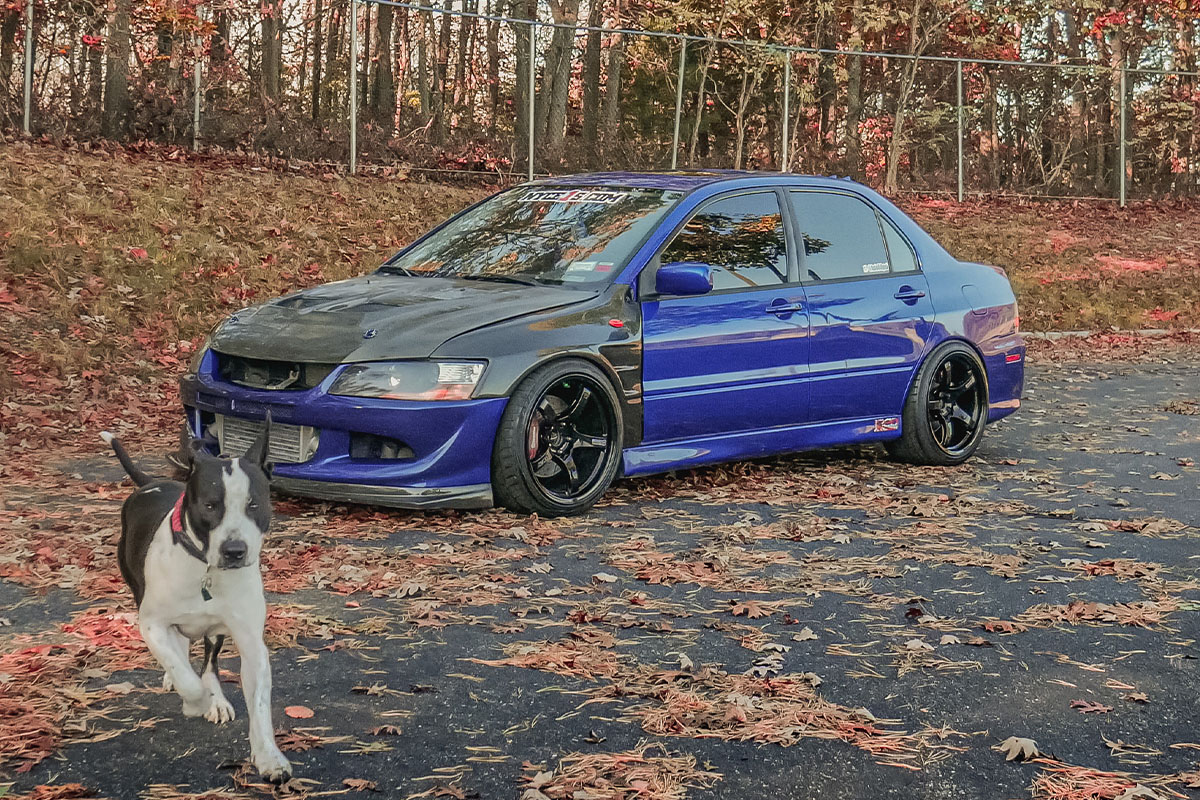 Many sales reps are out of the office today to cel