Guide To Brakes and Braking Systems

Brakes are one of the most important car components since they function as a safety feature. Did you know that there are several types of brakes and braking systems and that your car may have two of them?

Because the majority of brakes employ friction on both sides of the wheel, which transforms the kinetic energy of the moving object into heat, knowing about these various types of brakes, both inside and outside of cars, may help you feel more secure while caring for and fixing your brakes.

Things To Know About Your Breaks

When developing a braking system, it is also essential to ensure that it is not overly efficient. Highly effective brakes would continuously expose us to the perils of an unexpected brake application in our vehicle. It is important to understand that an extremely efficient braking system is not required.

Here are two kinds of brakes, and these additional breaks in your vehicle. 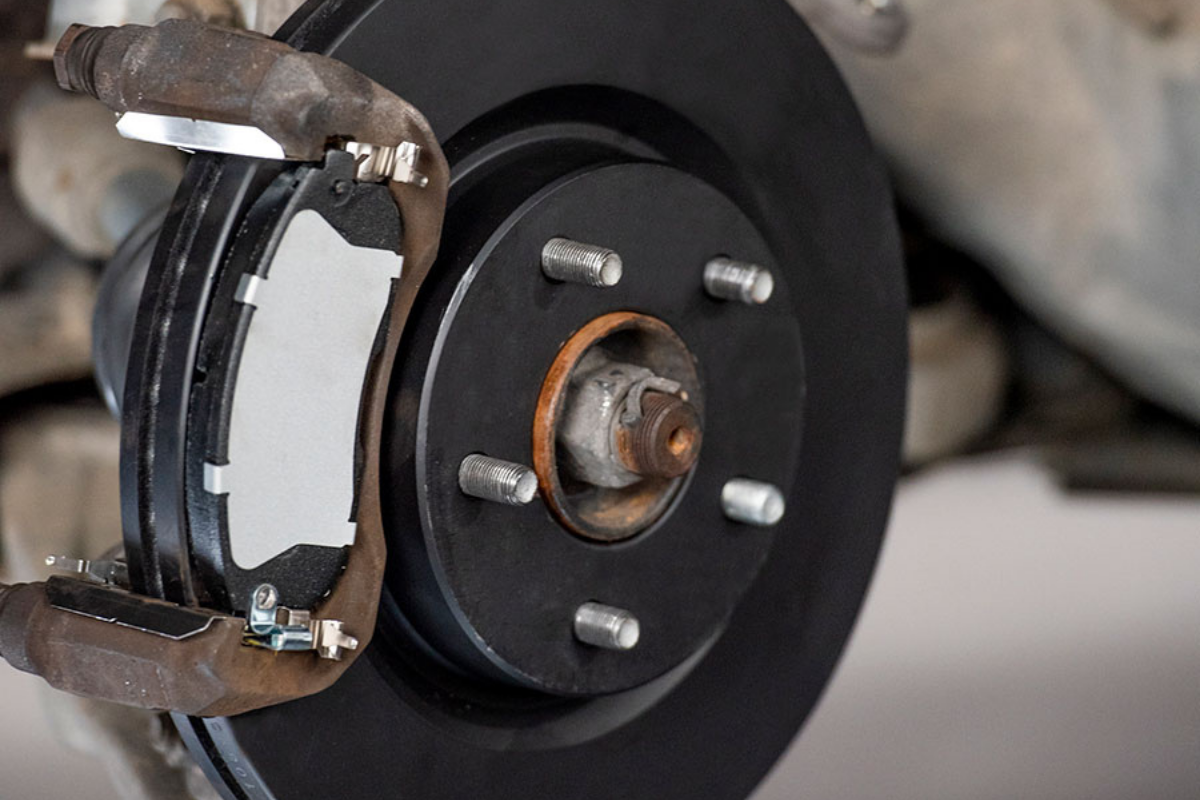 Disc brakes are featured on most automobiles nowadays. They are made up of a braking rotor joined directly to the wheel. 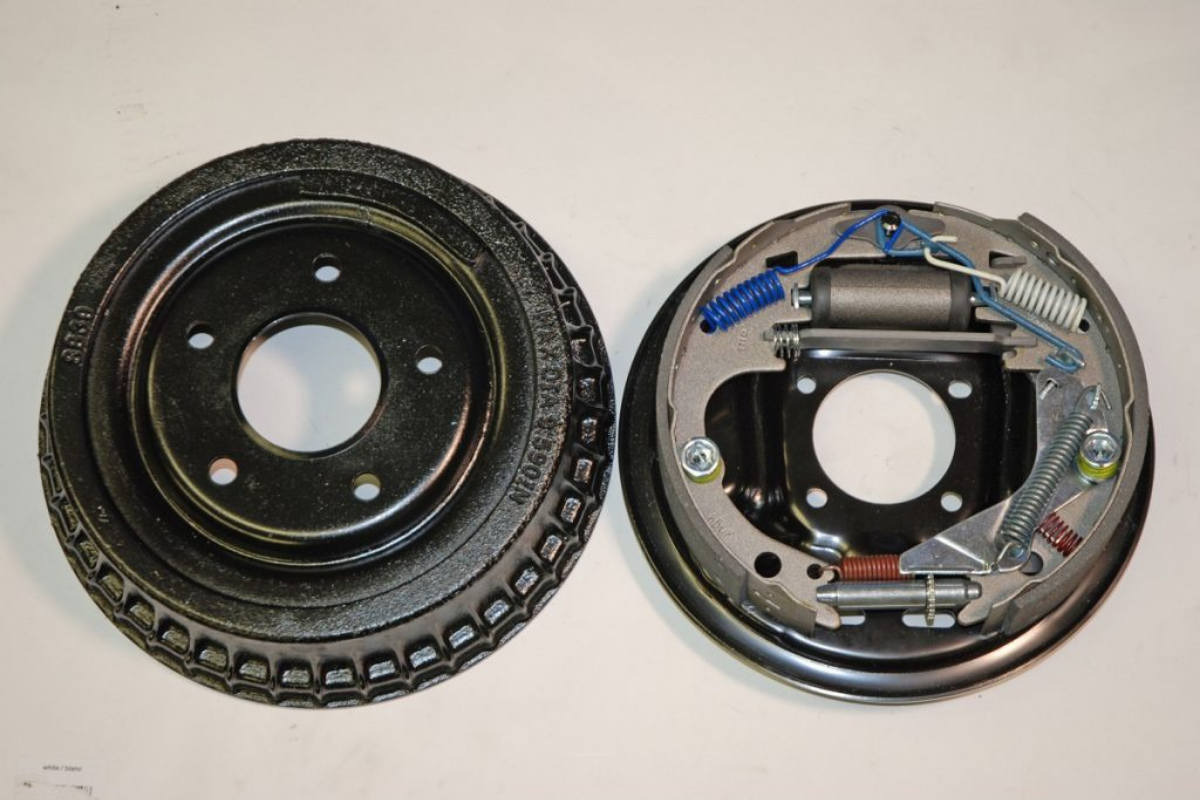 Drum brakes are made up of a braking drum that is attached to the inner rim of the wheel, such that when you press the brake pedal, hydraulic pressure presses two brake shoes on the brake drum. This creates friction, causing the automobile to slow and eventually come to a stop. A drum brake assembly is made out of a cast-iron drum fastened to and rotated with the vehicle’s wheel. 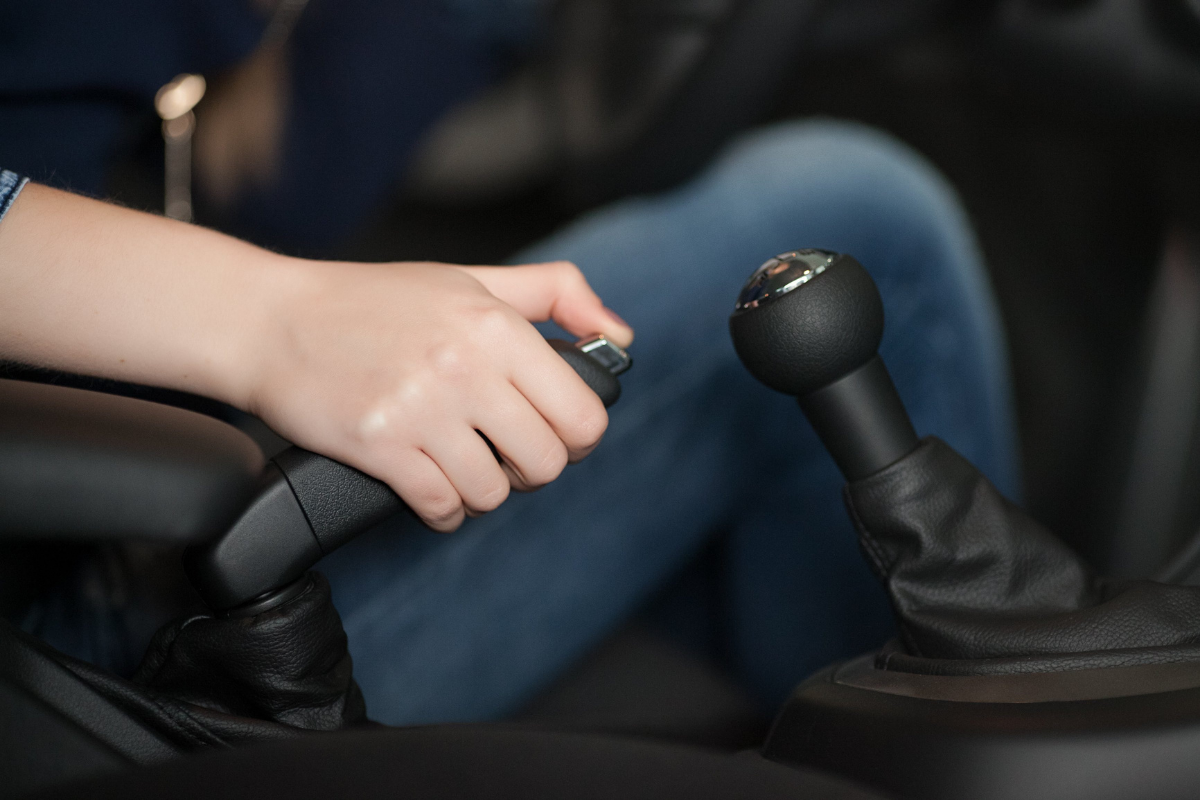 The emergency brake, often known as the parking brake, operates independently of the brakes that you use to stop your automobile. Its function is to provide you with access to a backup braking system if your primary brakes fail. To bring your car to a standstill, your primary brakes employ a high-tech hydraulic system. 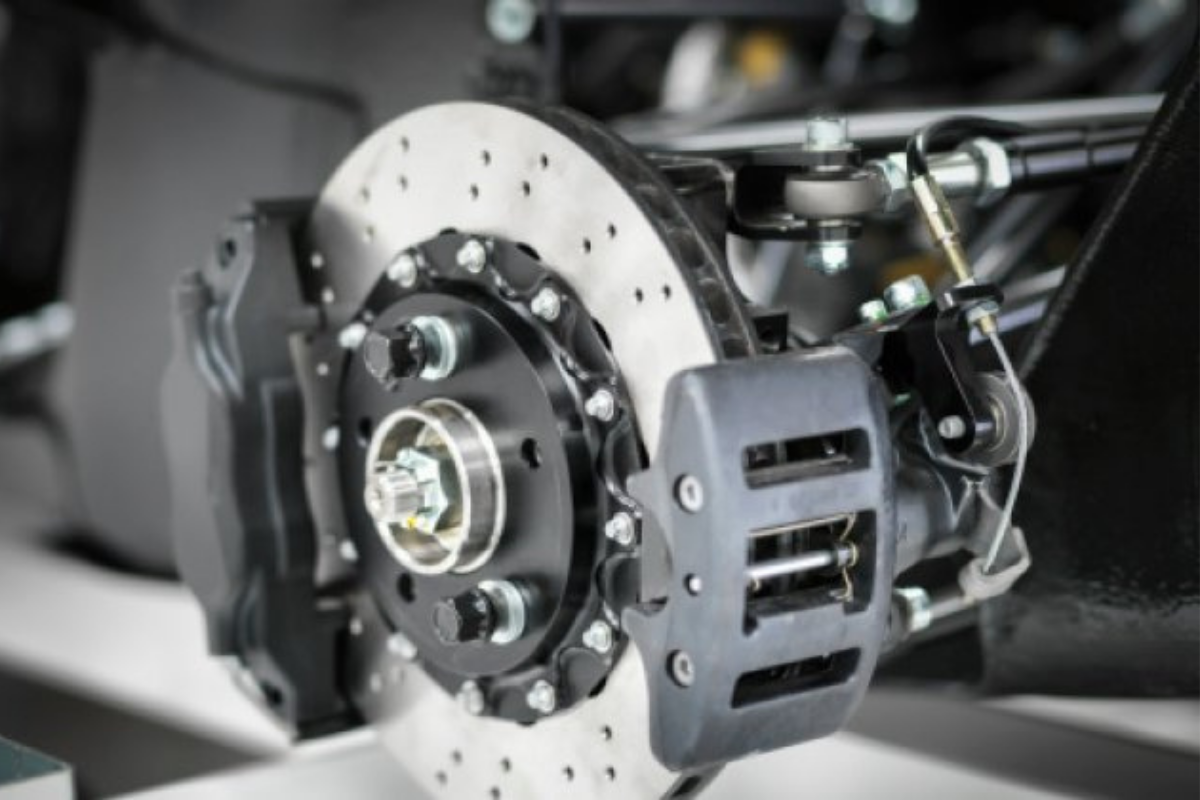 An anti-skid braking system used on both airplanes and ground vehicles, and improves vehicle handling and reduces stopping distances in dry and certain slick conditions. ABS may considerably increase braking distance on loose gravel or snow-covered conditions while yet increasing steering control. Modern models may not only avoid wheel lock during braking, but they may also alter the front-to-rear brake ratio.

Which one is better?

To save money, certain entry-level versions include a disc on the front axle and a drum on the rear axle. Disc brakes are more efficient, have more stopping force, and disperse heat more efficiently than drum brakes, which use the same fundamental hydraulics but behave differently.

Knowing which ones match your vehicle is typically a good idea for quicker troubleshooting and service. Below are the most common varieties of braking systems: 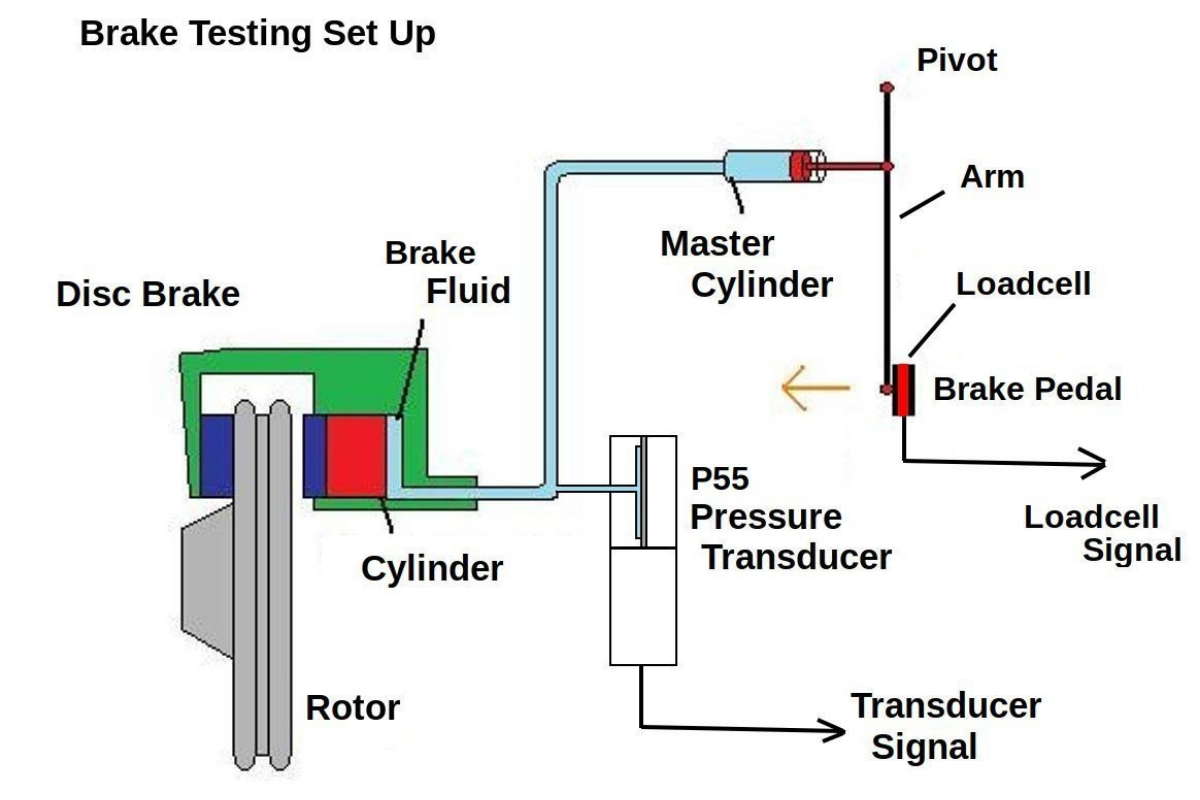 This braking system transfers pressure from the brake pedal to the shoe or pads through brake fluid. Because liquids are not compressible, pressure applied to a liquid in a closed system is uniformly distributed over all system areas, making this pressure transfer dependable and constant.

In a Formula 1 car, the mechanical force of the driver’s foot on the pedal is converted to hydraulic pressure, which is sent by liquid to the relevant wheel cylinder and then back to mechanical force, which is used to operate the brake pads and shoe. 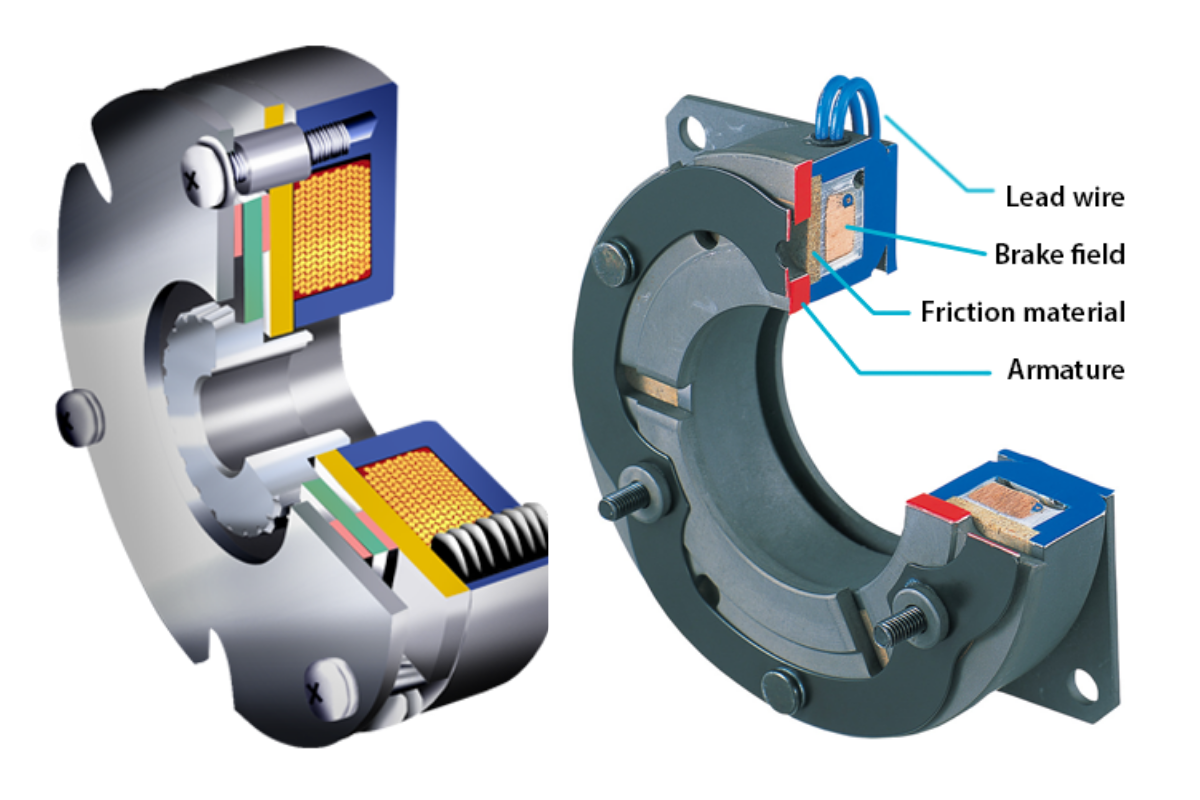 Many contemporary and hybrid automobiles use electromagnetic braking systems. It employs the principle of electromagnetic to provide frictionless braking, which extends the life and dependability of brakes.

Furthermore, normal braking systems are prone to slippage, but quick magnetic brakes are not. As a result of the lack of friction and the necessity for lubrication, this technique is favored in hybrids. It is modest in comparison to standard braking systems. It is typically used in trams and trains. 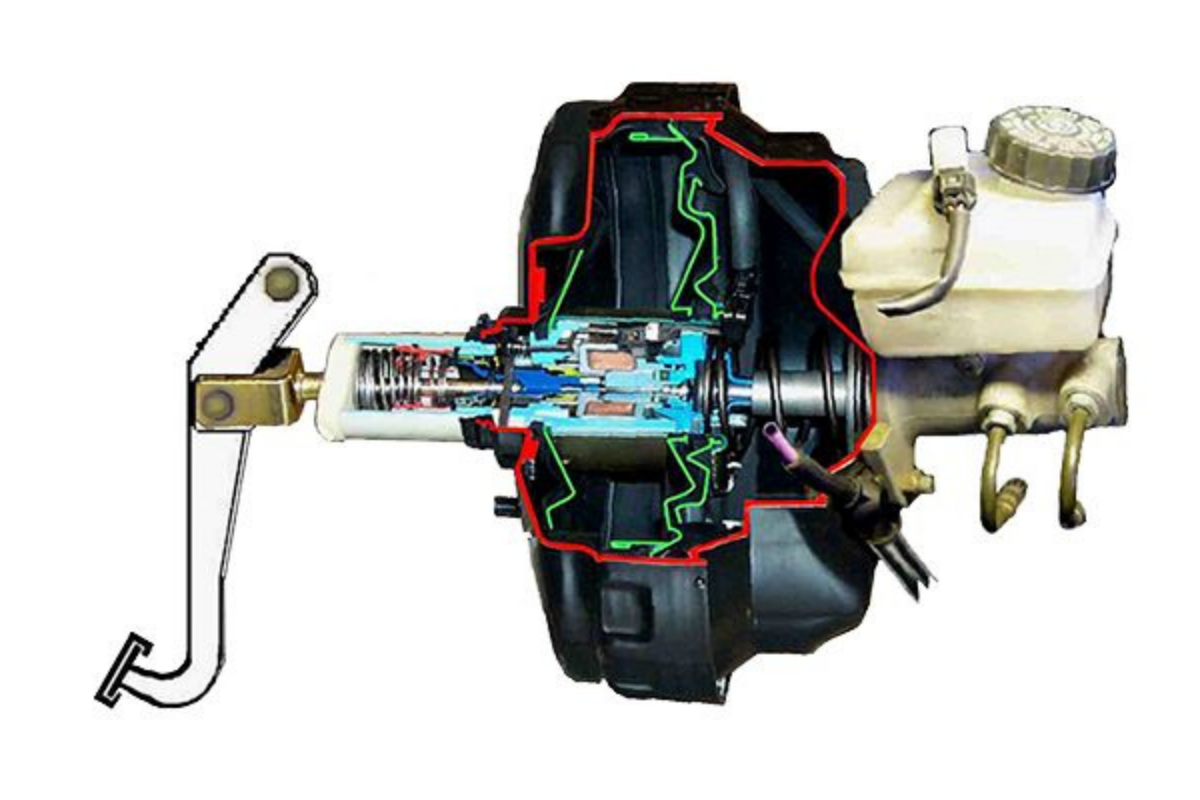 Also referred to as vacuum or vacuum-assisted braking, where the driver’s pedal pressure is raised in this system by using the vacuum created in petrol engines by the air intake system in the engine’s intake pipe or by a vacuum pump in diesel engines. A brake that uses power assistance to decrease human effort and engine vacuum is frequently utilized in automobiles to cause a large diaphragm to flex and activate the control cylinder.

Servo braking system boosters are used in conjunction with the hydraulic braking system. The cylinder and wheel sizes are employed realistically. Vacuum boosters improve braking force by releasing the vacuum on the booster’s side when the brake pedal is depressed. The air pressure differential pushes on the diaphragm, forcing the wheel to brake. 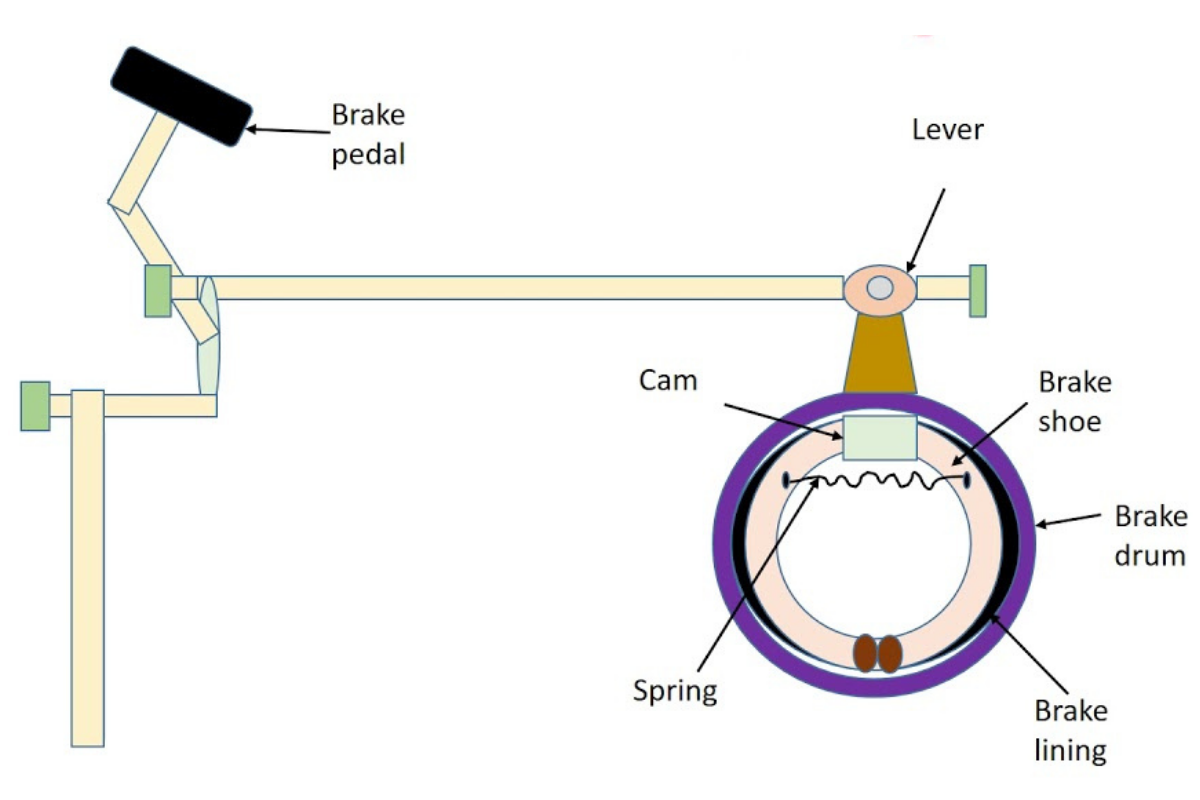 Hand brakes and parking brakes are examples of mechanical brakes. A lever is located near the driver’s seat. It is connected to brakes at the back of the car through the use of steel wire connections.

Strain is created at the brakes when you use the hand brake. The brake shoe keeps the drum from rotating. This prevents the movement of the vehicle even when parked on sloped ground. It absorbs energy and exerts force through friction.

The surface area of the frictional surfaces and the applied actuation force has a great effect on the stopping power of a mechanical brake. The active surface regions produce significant wear and friction. Thus, the type of material utilized to line the pad or shoe significantly impacts the lifetime of a mechanical braking system between maintenance. 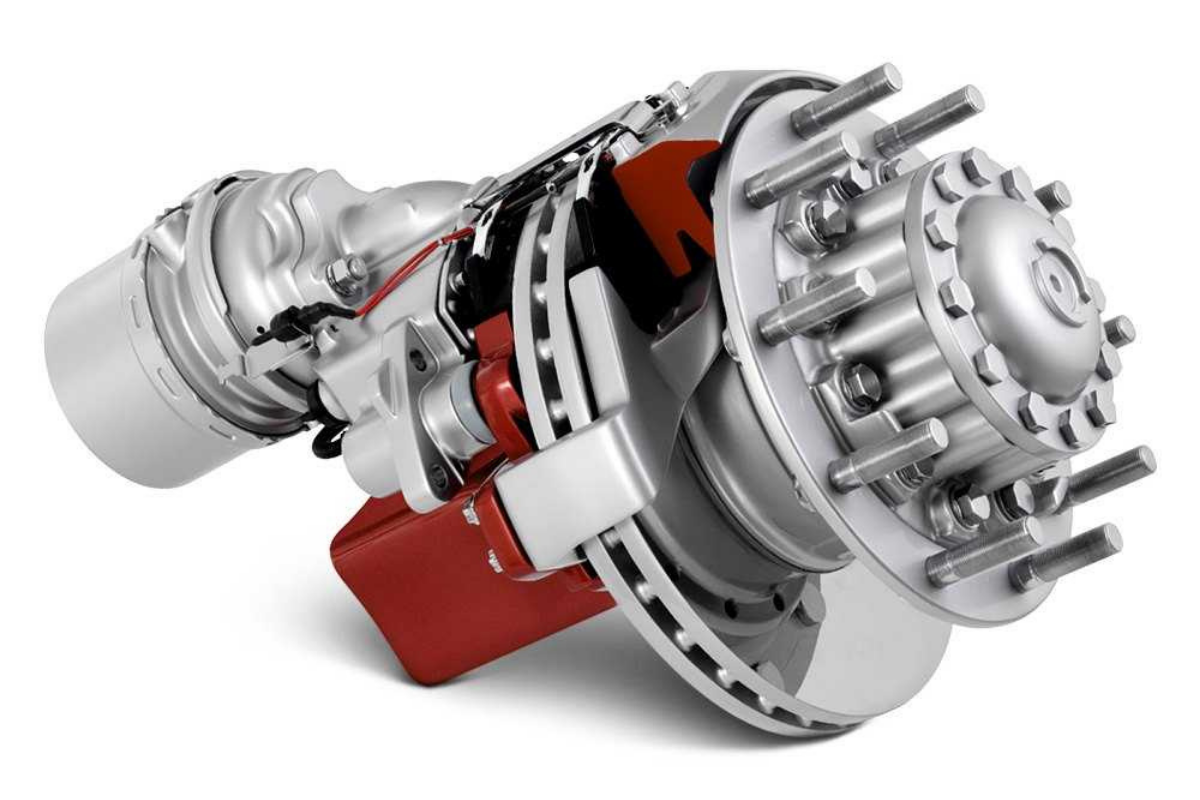 Air brake systems consist of several components such as an air compressor, an air reserve tank, check valves, safety valves, etc. The operation is comparable to that of hydraulic brakes and the main distinction is that mechanical force is communicated to wheel ends via air rather than fluid pressure.

In addition to railroad trains, air brakes are employed in big heavy vehicles, particularly those with several trailers that must be hooked into the braking system, such as trucks, buses, trailers, and semi-trailers.

It is also divided into two components; the supply system compresses, stores, and feeds high-pressure air to the control system and other air-operated auxiliary truck systems, and the air compressor collects filtered air from the environment compresses it before storing it in high-pressure reservoirs.

Your brakes are the most crucial safety system. There are many technological principles employed in the construction of brakes since brakes allow you to slow down or stop instantly, which can help you prevent a major accident. If your brakes aren’t correctly maintained and examined regularly, they might fail you when you need them the most. As the adage goes “prevention is better than cure.”

What Are Rotors? The Different Types of Brake Rotors

How much horsepower does your R35 make? Who has th