by Anna Labiano
in Random World
0

If you are the proud owner of a BMW E90, then you know that this is one amazing car. While it is perfect right off the lot, some modifications can make it shine.

While E90 modifications are nothing new, some enthusiasts may not know where to start. Well, the good news is that it’s time to seek out new ideas for your BMW! This article will be highlighting five of the best modifications that you can make to this amazing vehicle.

BMW E90s are BMW’s 3-series vehicles that were manufactured from 2004 to 2010. Certain features made this vehicle stand out among the others released in the 90s. For instance, BMW E90s have a powerful engine that can achieve speeds of up to 130 MPH without any issues whatsoever.

The BMW E90 was also one of the first BMW models with an iDrive system, which is now seen on many other BMW models including the 6-series and 7-series. BMW has set trends when it comes to BMW design!

BMW E91s are BMW 3-series vehicles that were manufactured from 2005 to 2013. They are BMW’s only car with a choice between four different body styles: sedan, wagon, coupe and convertible. While most BMW E90 modifications require additional parts, each of these styles comes standard on BMW E91s which adds to their value as a whole.

BMW E92s are BMW 3-series vehicles that were manufactured from 2006 to 2012. Similar to BMW E90s, BMW E92s are BMW’s only car with a choice between four different body styles: sedan, wagon, coupe and convertible. BMW E92 features 6-speed manual transmissions along with the automatics for this year model.

BMW E93s are BMW 3-series vehicles that were manufactured from 2007 to 2013. Just like BMW E90s and BMW E92s, BMW E93s come standard with 4 body styles: sedan, wagon, coupe and convertible. Plus, they can also be equipped with 6-speed manuals just like the E92. As a bonus, BMW E93s come equipped with a rear backup camera and an additional USB port.

The BMW 3-Series is BMW’s best-selling model of all time. BMW’s superior engineering and design are just icing on the cake. Here are the top 5 modifications: 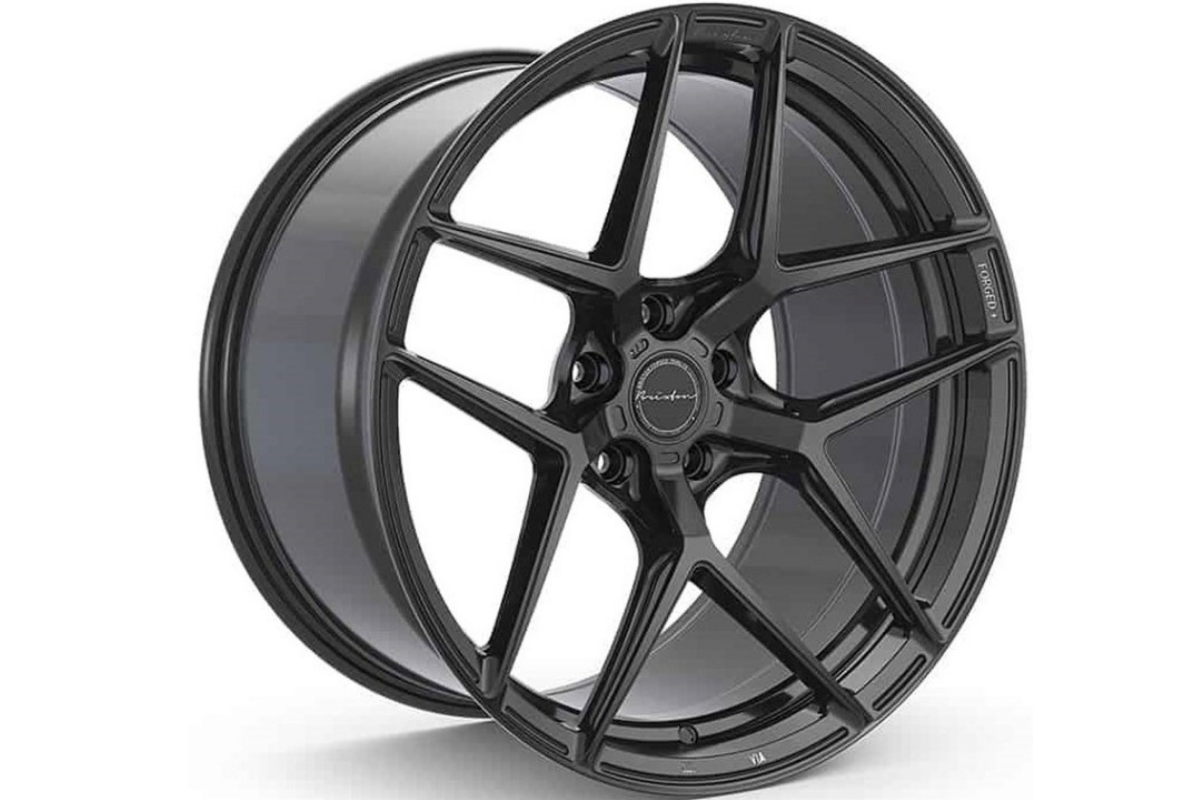 If BMW E90 modifications are what you seek, then you definitely can’t go wrong with a custom set of BMW E90 wheels. BMW E90s were the first BMW models to use a multi-spoke design on their rims. This feature is now seen throughout BMW’s latest models today.

The BMW 3-Series has been equipped with alloy rims ever since the early 90s and they continue to be a hot commodity even up through today’s new model releases.

Of course, BMW knows that their customers want more from their wheels than just looks alone so they have continued making them lighter over the years as well! BMW wheels have gotten thinner and lighter while also being stronger than ever before. BMW’s latest wheel releases are some of the best BMW E90 modifications that you can make to your car! 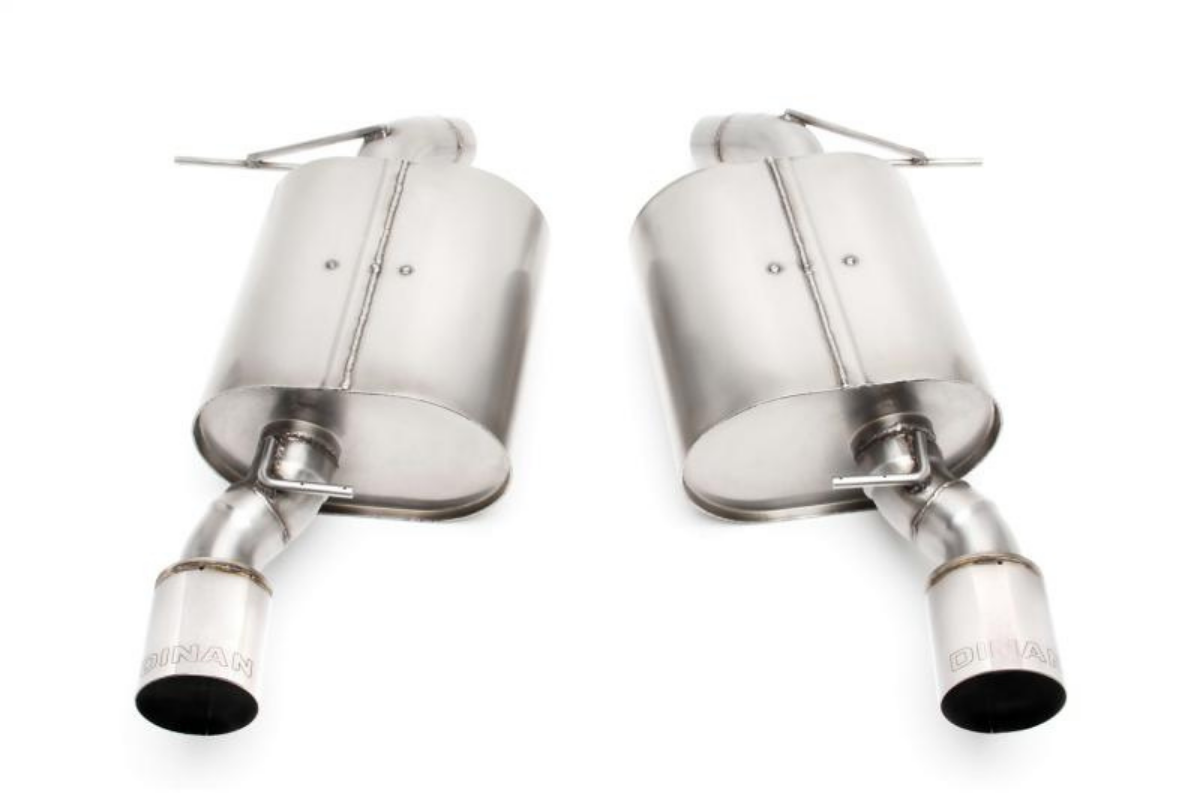 This is the most popular mod for the E90. The factory exhaust has a good sound, but it lacks the soulfulness of other cars. It isn’t too quiet either.

An aftermarket exhaust will change this by improving your car’s performance and giving it that extra bit of soul! Remus is known to be one of the best in the game. A common upgrade with this brand is 3″ piping on an axle-back system which can give you up to 25hp gain.

E90s, BMW E92s, BMW E93s and BMW E46s all come standard with an exhaust system that is designed to reduce carbon emissions without sacrificing performance. However, if you want a BMW E90 modification that makes a real difference then upgrading your BMW 3-series’ exhaust system with aftermarket parts is the best way to go. 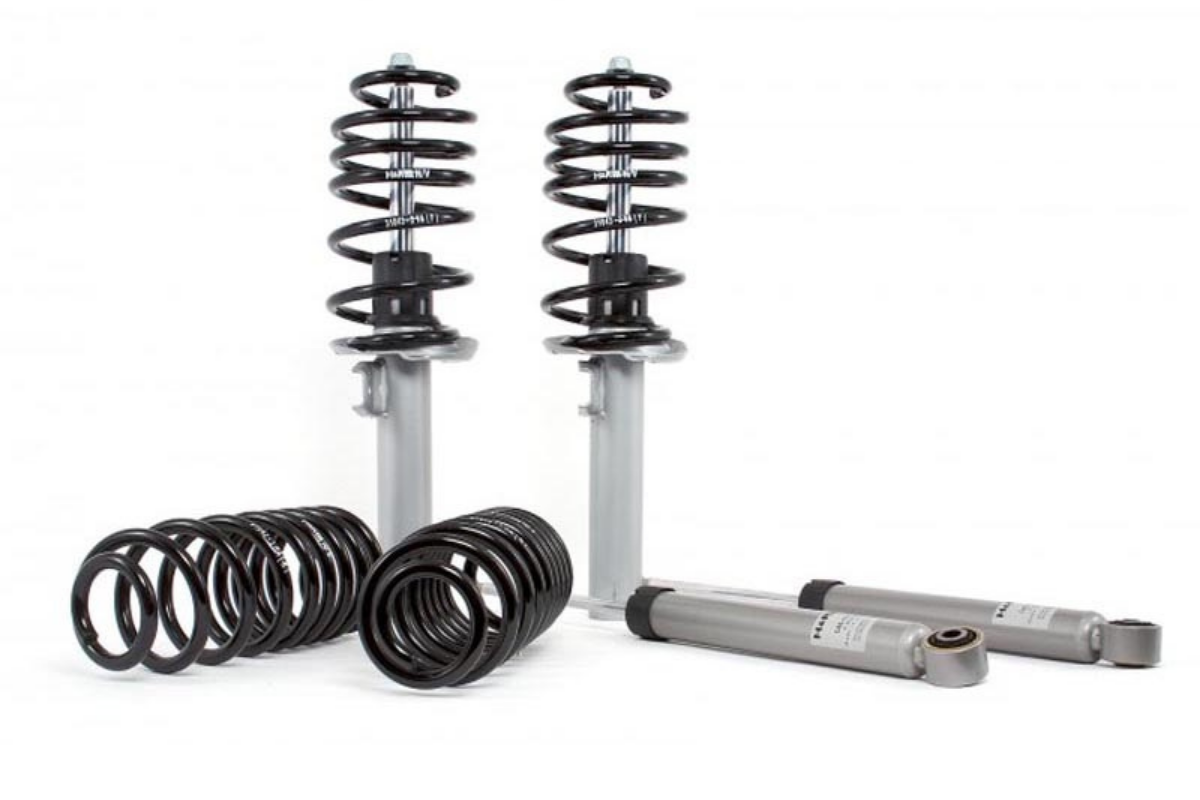 While not usually the first modification done to a car, a suspension may have the largest effect on ride quality and handling. Over time your struts and shocks will get worn out from age and use. In addition, the weight of the vehicle can cause components to wear more quickly over time.

The BMW E90 comes equipped with struts in front and shocks in the rear connected to coil springs which handle most of the dampening (absorption) for bumps in the road. Vehicles that are lowered or heavier than stock often require replacement struts or suspensions components in order to handle properly. When replacing components it is always recommended to replace them in matched pairs (struts & shocks).

Purchasing complete assemblies is recommended when doing this modification as individual components cannot be purchased. One of the most common suspension modifications is installing lowering springs. These springs lower the vehicle by 1-2 inches and greatly reduce body roll, making for a more aggressive look and feel.

E90s, BMW E92s and BMW E93s come with BMW’s basic suspension system standard. However, if you want to upgrade your BMW 3-series’ suspension system without spending too much money then all you have to do is replace your front struts which are usually the first components that start to deteriorate over time. BMW 3-series models are designed for both comfort and performance so their suspensions are built right into each vehicle! 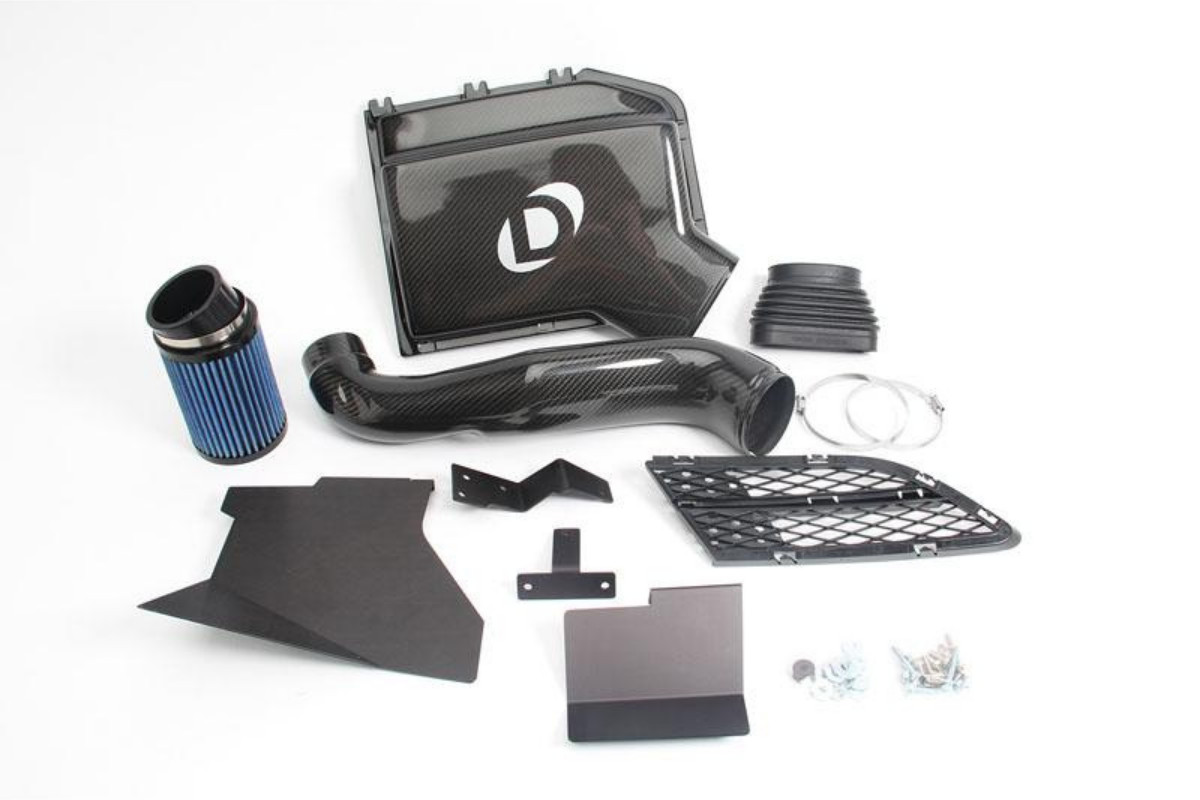 Another modification on this list is a simple intake system. While it may not seem like a huge change, it can have a serious impact on your ride. In addition to giving you more horsepower and torque, an intake system will also give you better gas mileage as well as provide you with a sound that is similar to that of a race car.

If the thought of getting some air under your hood doesn’t excite you at all, ticking from side to side into that first turn should do the trick. You’ll notice a change coming in and out of slow-speed corners. 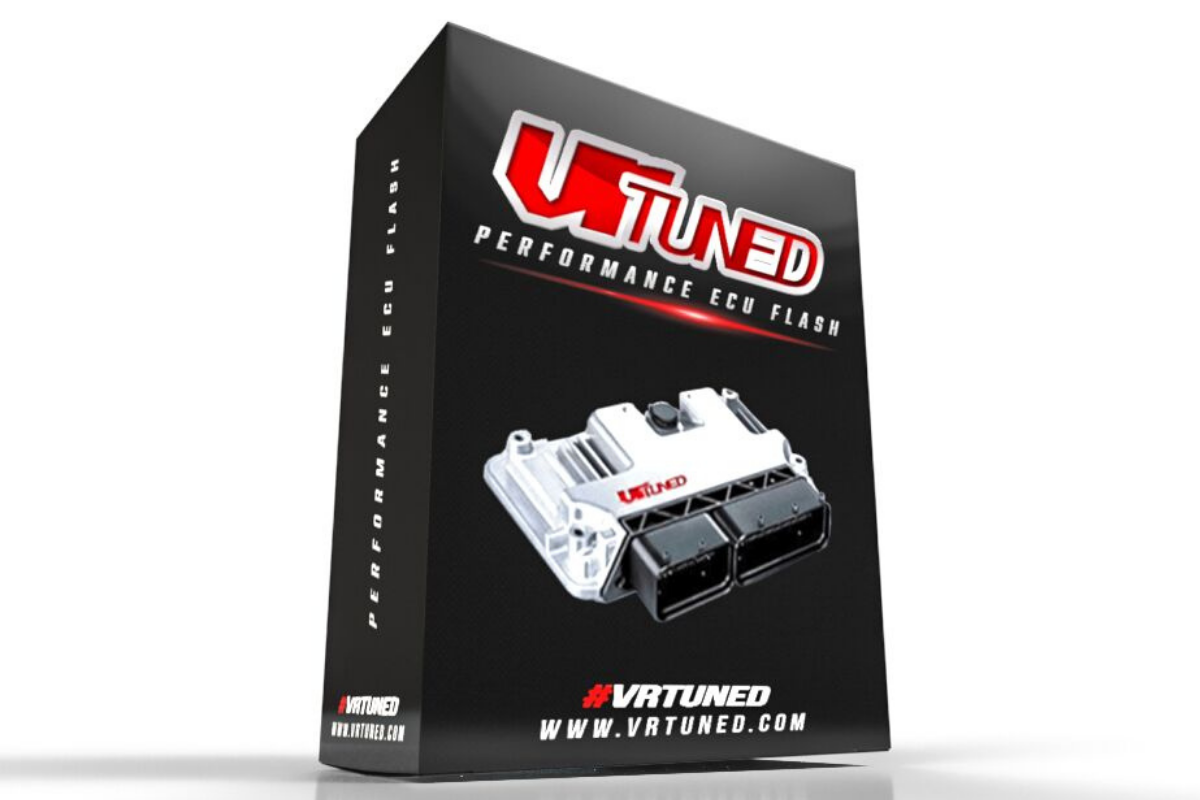 The first and most obvious choice for the BMW E90 is a tune. The stock ECU on the car has limitations that can only be removed with certain software modifications. A tune will give you an immediate bump in power, as well as improved throttle response greatly.

For those who want to go even further, it is possible to remove the top speed limiter and adjust shift points, amongst other things. Some of these tunes cost upwards of $1,000 but there are also cheaper options available.

The E90’s are great cars. But if you’re looking for an upgrade on your BMW or just want to consider changing up some of its features, these 5 modifications may be worth considering. Keep in mind that installing any one of these upgrades will change how your car handles and can also affect other aspects like fuel efficiency, so it’s important to research before making a decision about which mod is right for you based on what matters most to you as a driver.

In this article, we’ve given our opinion on the top five best mods for the E90 model year but now it’s time for yours! What would your number 1 pick be? Share with us below in the comments section and let us know why.