by Anna Labiano
in Random World
0

When the Chevrolet C8 Corvette entered the industry, it shocked the world with its style and features. People who bought C8 Corvette loved the car. Its performance, look, the feel were described as outstanding. 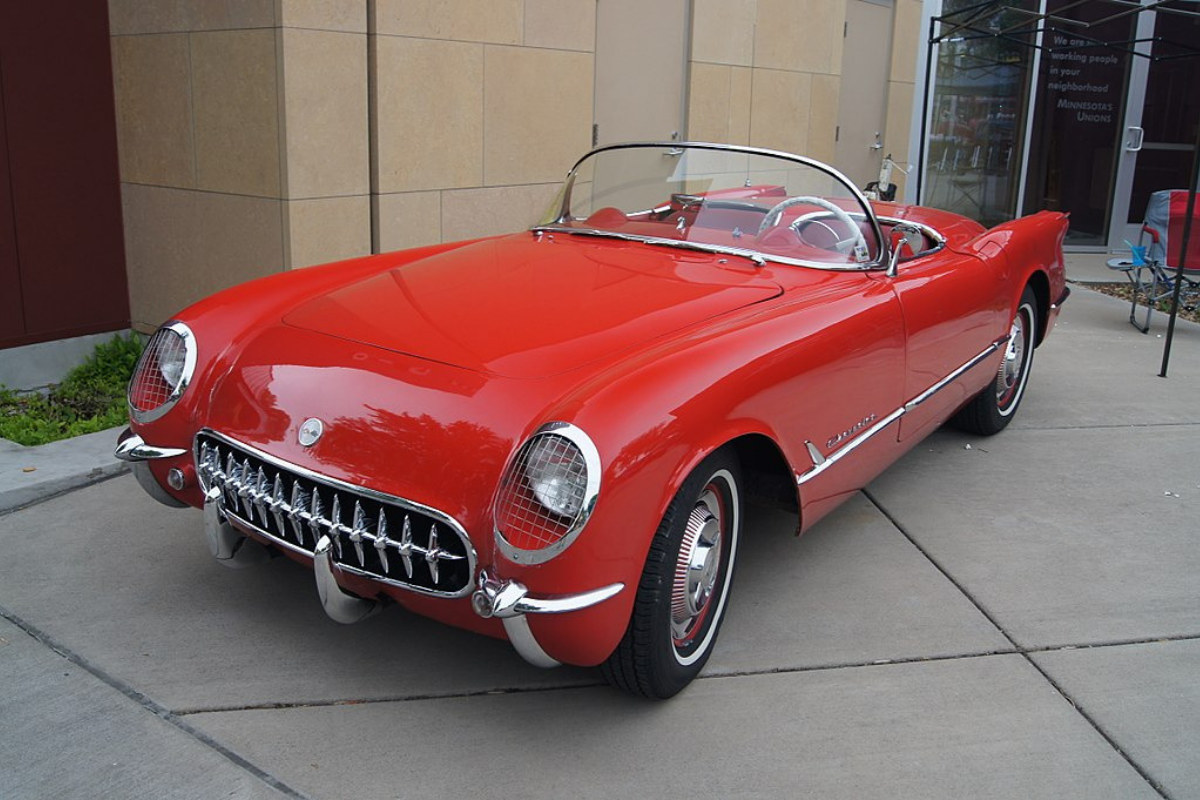 The first-generation Chevrolet Corvette debuted in 1953 and has remained the ultimate American muscle vehicle ever since. Corvette has seven generations, each bringing the elegant outward design and screaming power that the range has become renowned for.

The new eighth-generation Chevy Corvette C8, due in 2021, is slated to deliver the sport performance look that is instantly identifiable on Lakeland streets. Still, it’s mixing things up with a novel mid-engine design. 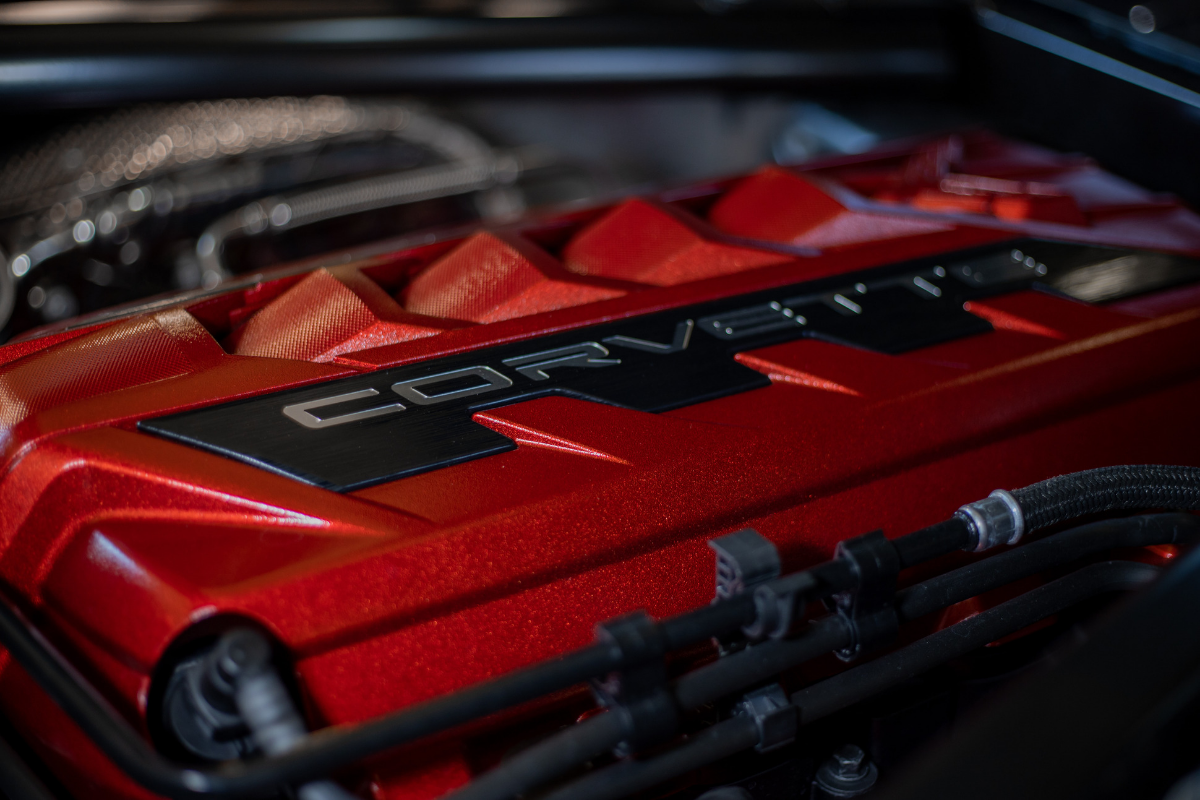 The features of C8 Corvettes have a vast difference from the previous design of Corvettes. Introducing an all-new aluminum design, a coil-over springs instead of leaf springs, used in earlier models, more aggressive aerodynamics exterior features, and larger air intakes with prominent side scoops.

Its trunk is located at the rear, with additional storage at the car’s front. Adding them, they provide a 370 L or 13 cubic feet cargo space.

Due to the conversion to a mid-engine layout, the passenger cell has been relocated forward by 16.5 inches or 420 mm. The cockpit has been intended to be driver-centric, with several controls positioned on the center console and a redesigned hexagonal steering wheel.

Another characteristic of the C8 Corvette is its 12-inch digital screen, which replaces the instrument cluster and displays one of the six driving modes. It is joined by an 8-inch touchscreen. A special Z button is also placed on the steering wheel to quickly activate customized performance settings. 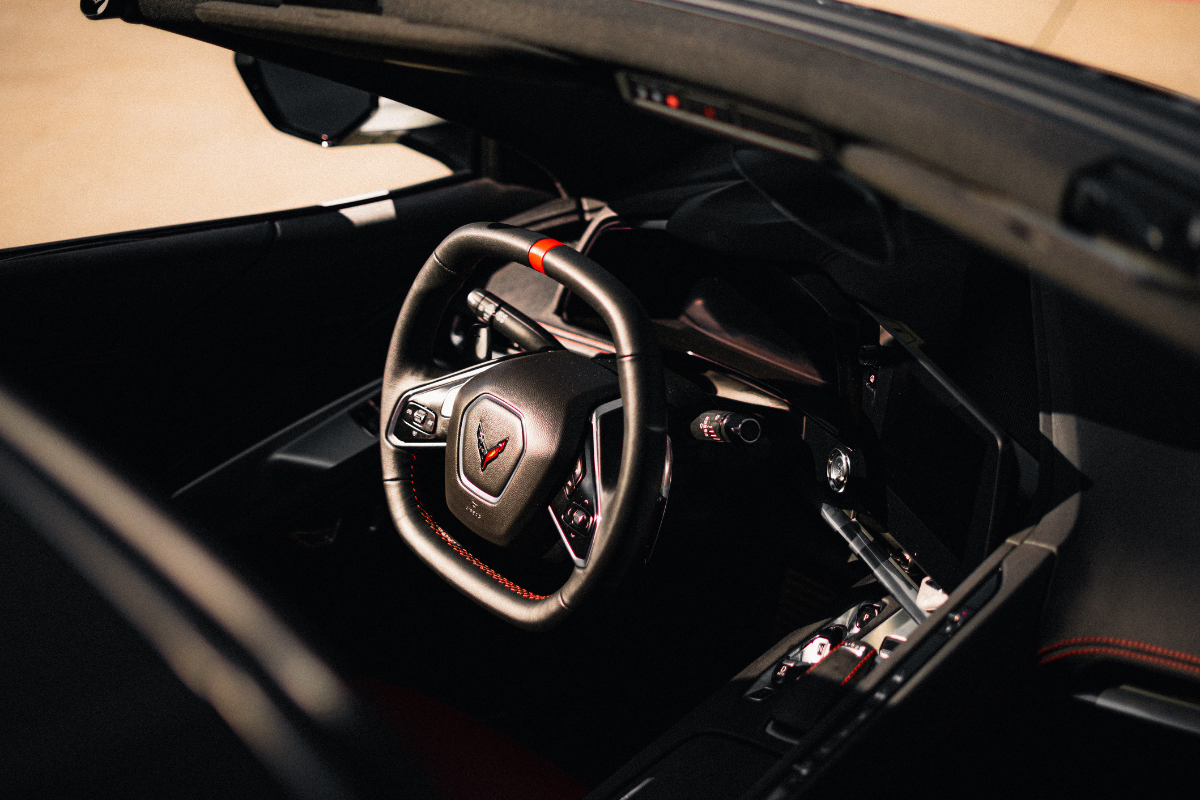 C8 Corvette will help your reach your desire to test your limit and get the most out of driving. Let’s check what can the 2022 version offer with its design and engine performance.

To feel its breathtaking power at every turn when you start up the engine of the Chevy Corvette C8, check these performance specs to see how you can conquer the roads:

Must-Have Modifications for Your C8 Corvette 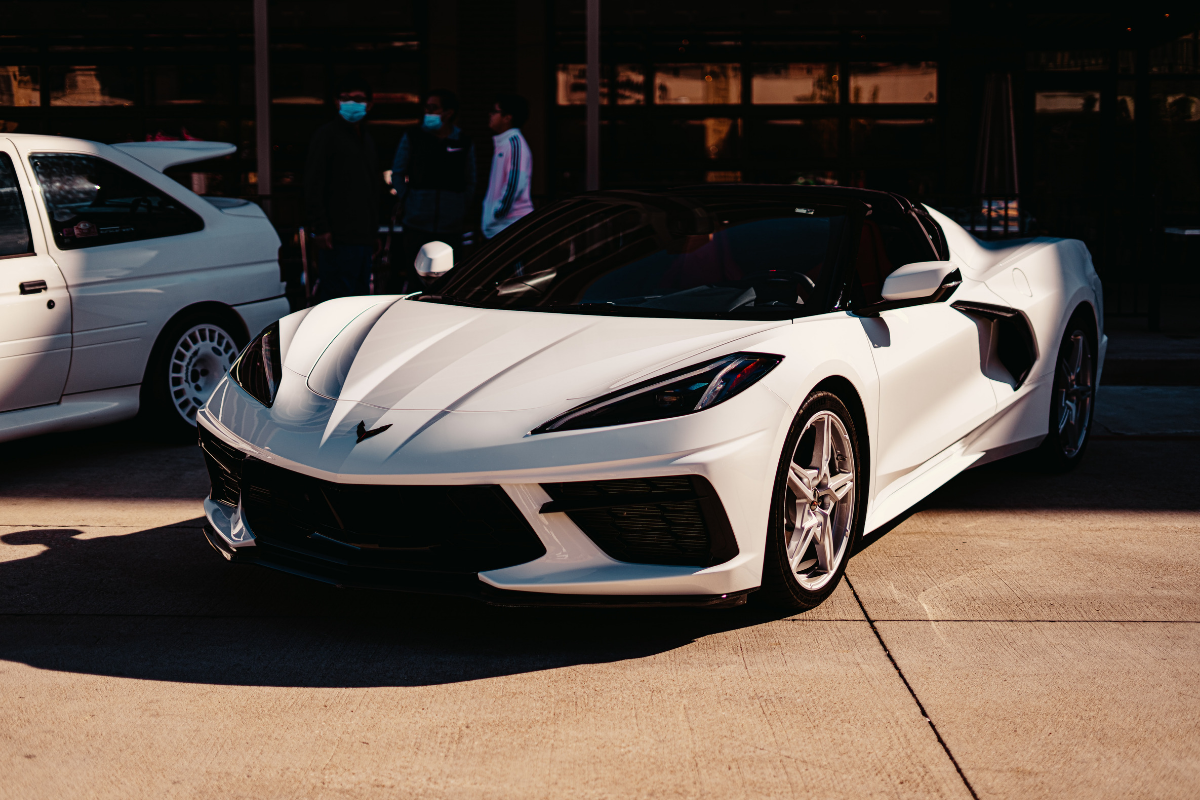 Although it’s perfect as it is, you might want to add some modifications to it to make it look unique from others. Check out these suggestions we’ve found for you. 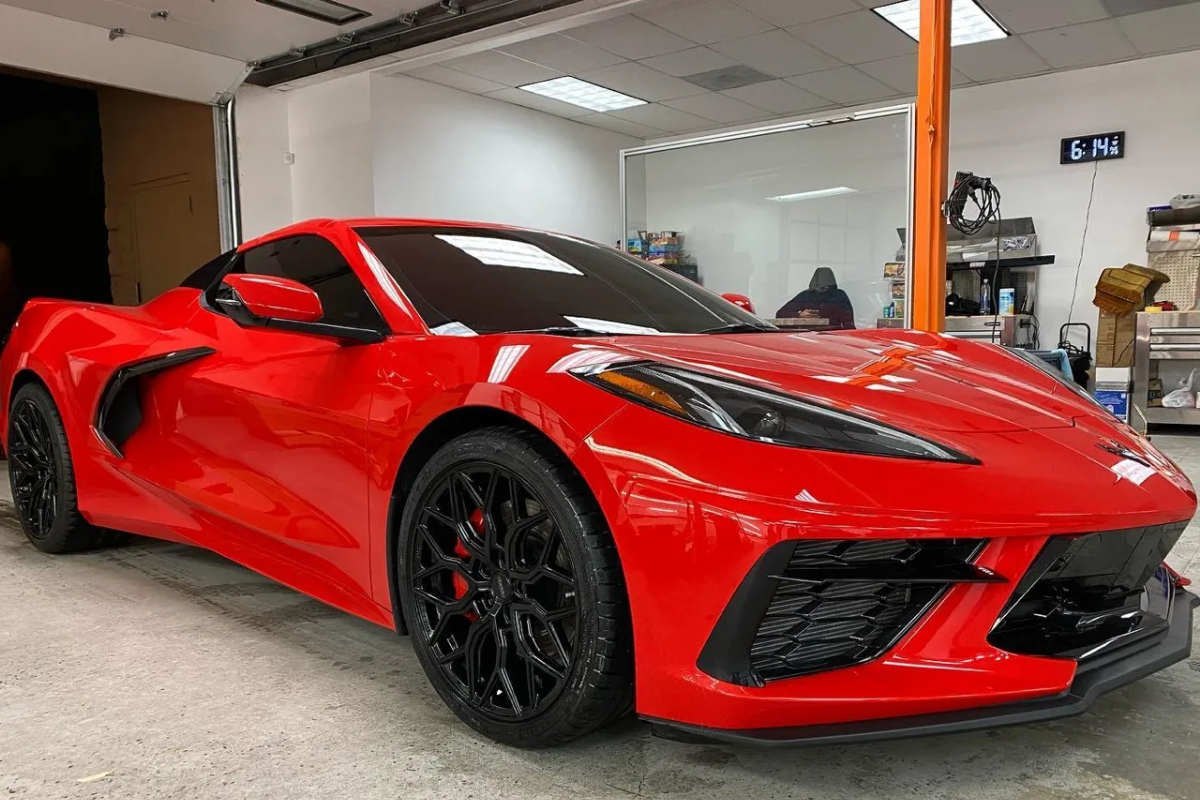 You can do as much as you want with your C8 Corvette to ensure it is well protected, and the perfect answer here is a cover its paint with a ceramic layer. You can get loads of benefits from the ceramic coating because it is a cost-effective invisible armor. An enhanced gloss look, UV protection, and a level of safety from harmful road grime. 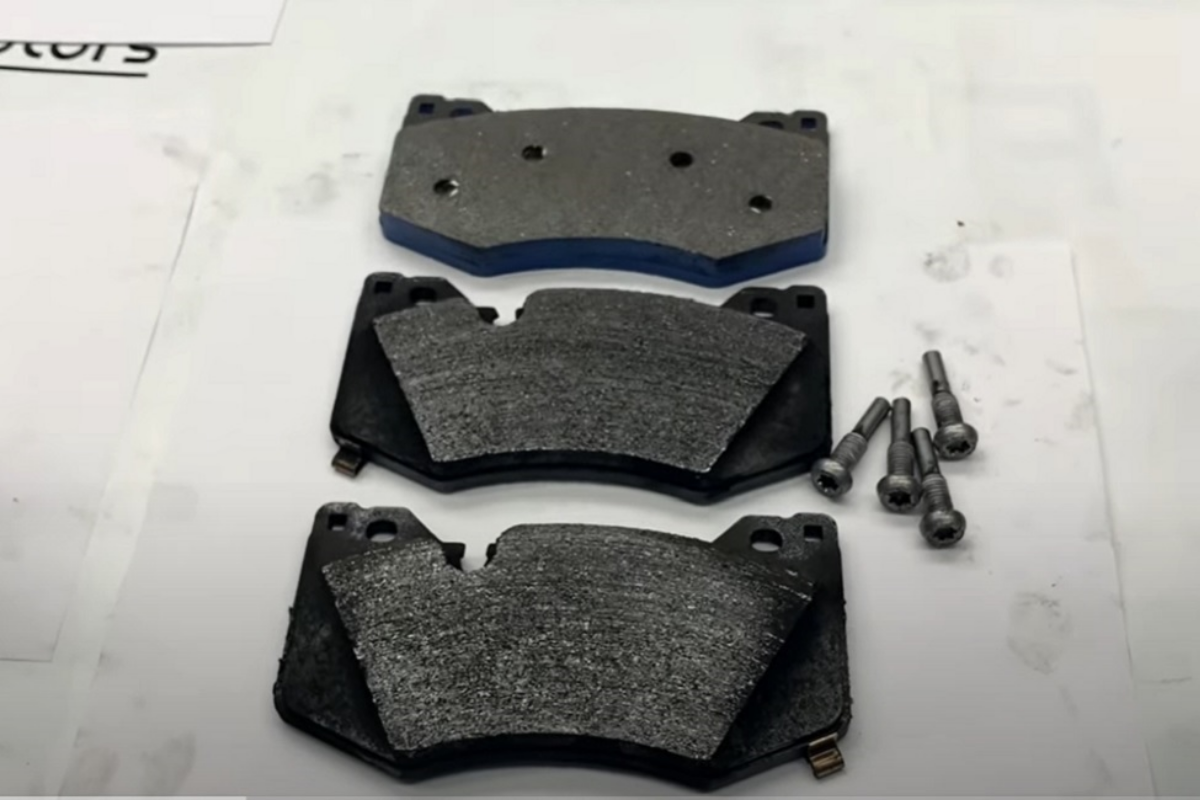 Though the OEM brakes pads provide a mixture of quiet performance and wear, they are also known to create a mess on the vehicle’s wheels. Good thing, aftermarket solutions are available and will help you reduce the dirt and specks of dust without affecting the vehicle’s performance.

Carbotech produces high-quality ceramic brake pads and is excellent alternatives to OEM pads, providing minimal brake dust and high-performance braking. If you choose to do it yourself, it is okay because they are easy to install. This update may cost between $480 and $650 for both front and rear sets of brake pads, and it’s a terrific way to boost performance while also safeguarding your C8’s wheels. 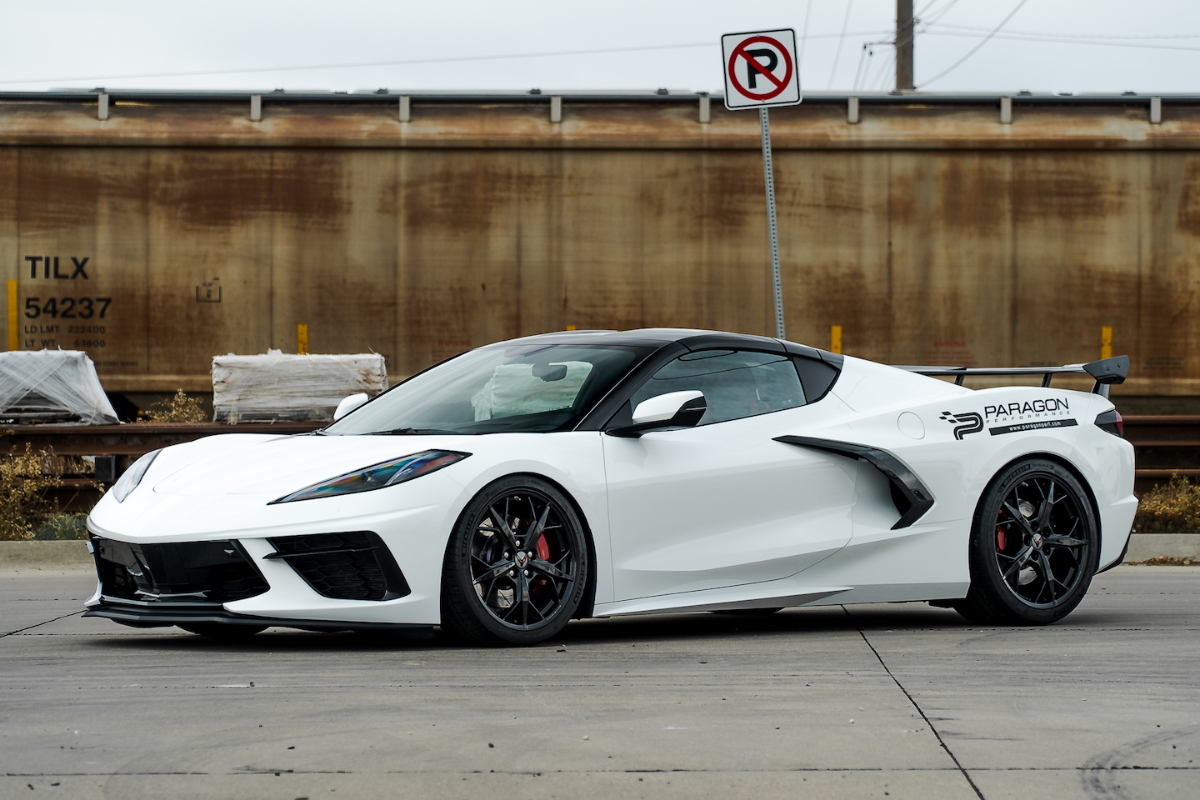 Lowering your C8 will give it a significant impact. Some people complain that the C8 might be a little high in its base form, and lowering it might help you feel comfortable riding it. Lowering the center of gravity by bringing the body down closer to the ground, minimizing the wheel gap, and increasing the space beneath the front and sides will improve its performance.

Cicio Performance introduced its front-end lowering kit for the C8 Corvette; it can lower the front-end by 1 inch without affecting the lift capability equipped on C8. They also sell the specialty tool for an additional $20, putting the total cost of the upgrade to around $230. 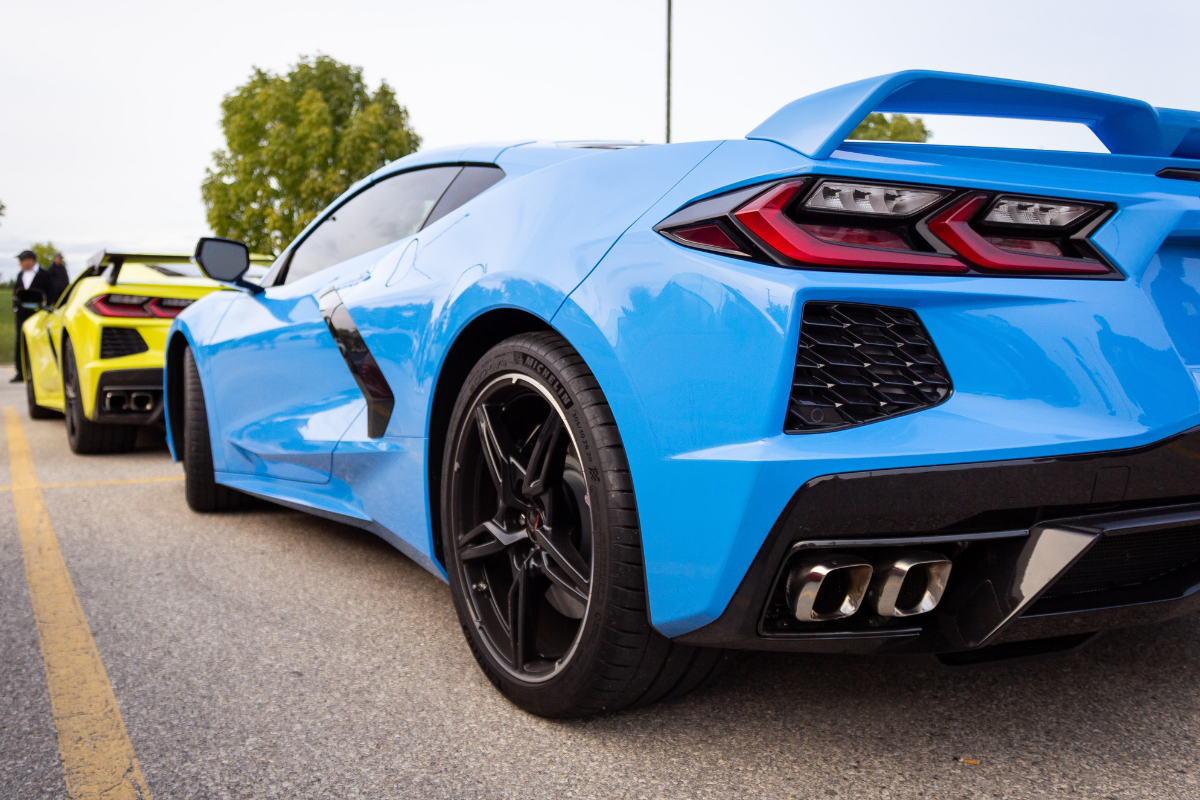 Adding an exhaust to your C8 Corvette will surely make it a blockbuster vehicle. And whether you love it or hate it, most car aficionados would love to put an exhaust on any car. Not only will it improve the engine’s performance, but they also produce a great sound.

Whatever your reasoning, we can all agree that exhaust systems should be one of the first significant upgrades you make to your C8 Corvette. Most aftermarket exhausts, especially cat-backs, increase engine economy and the auditory department of your vehicle. Though great exhaust can be expensive, the gains you can draw are undeniably worth it, along with excellent benefits like superb material, weight reduction, and exhaust tips. 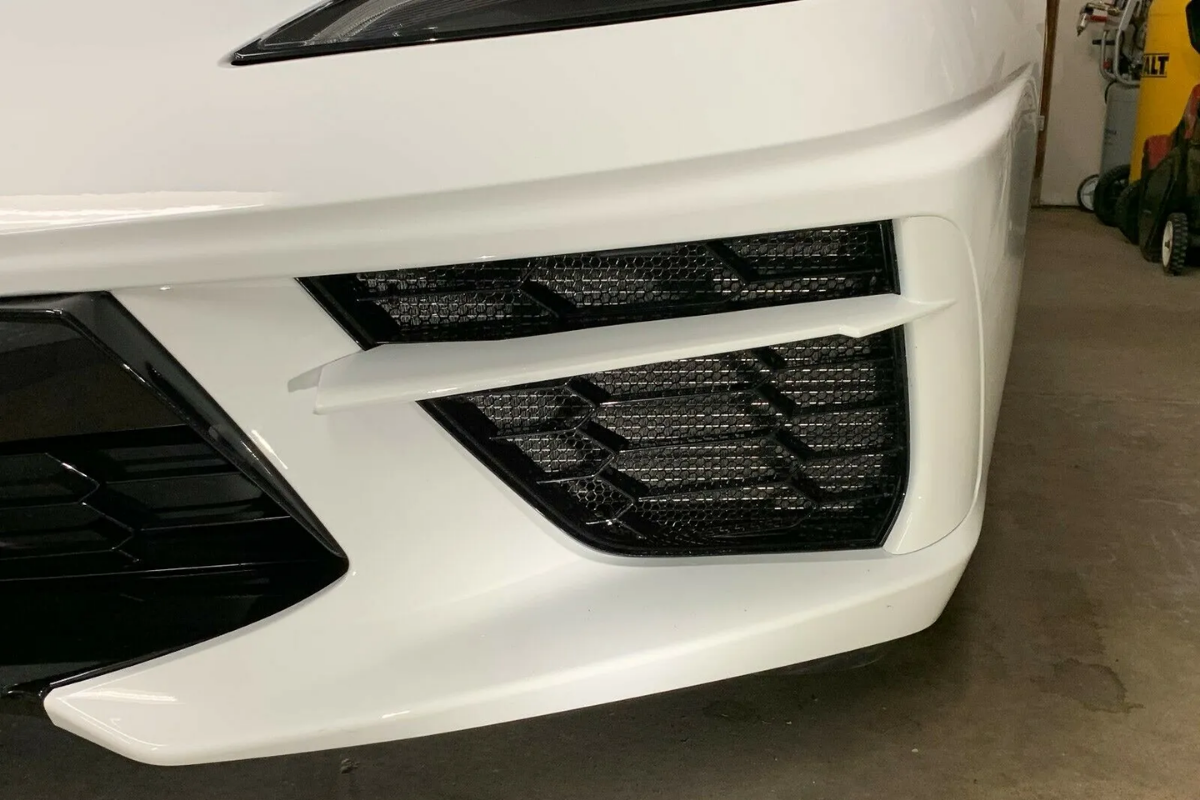 Most automobile enthusiasts are anxious to remedy one overlooked upgrade within the C8 Corvette community. Radiator screens, grille inlet screens, or whatever you want to name them are among the most essential pieces of a C8 Corvette. The wide-open front grilles allow debris to enter and harm the radiators placed behind them.

Many Chevrolet Corvette C8 owners dislike the wide-open grille inlets. GM maintains that the vehicle’s air conditioning damage is mainly aesthetic. Still, owners aren’t fooled and will cover it up with available aftermarket grilles. Because GM is unlikely to remedy this issue anytime soon, you may as well solve it yourself.

@Veilsidejapan made such an incredible body kit fo

We have a TON of these @volkwheels in stock! 😍