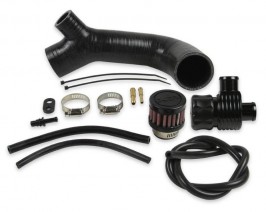 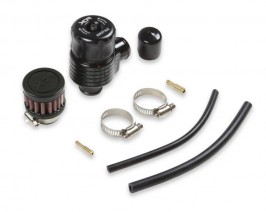 Why Should I install an Aftermarket Blow-off Valve?

Before making your decision, we must first know what a blow-off valve’s work is. A blow-off valve (BOV), dump valve or compressor bypass valve (CBV), is a pressure release system present in most turbocharged engines. Its main purpose is to take the load off the turbocharger when the throttle is suddenly closed.

A compressor bypass valve is a manifold vacuum-actuated valve designed to release pressure in the intake system of a turbocharged vehicle when the throttle is lifted or closed. This air pressure is re-circulated back into the non-pressurized end of the intake (before the turbo) but after the mass airflow sensor.

A blow-off valve, however, performs the same task but releases the air into the atmosphere instead of recirculating it. This type of valve is typically an aftermarket modification. The blow-off action produces a range of distinctive hissing sounds, depending on the exit design. Some blow-off valves are sold with a trumpet-shaped exit that intentionally amplifies the sound. Some turbocharged vehicle owners may purchase a blow-off valve solely for the auditory effect even when the function is not required by normal engine operation.

Does it add any performance to my engine?

The short answer is, well, no. It doesn’t. If we’re being honest, an efficient bypass valve only makes a car more boring. They are technically better than blow-off valves, but are more complicated to engineer. Blow-off valves were developed as a solution to compressor surge, just like bypass valves, but they were easier to fit because they were only attached at one end.

Fitted between the turbo and the throttle body, as close to the throttle body as possible to ensure the fastest response to a surge situation, the humble dump valve simply exhausts the excess air pressure into the atmosphere, making an addictive hissing noise you’ll have no problem hearing from the driver’s seat, although the volume of the burst should be proportionate to how hard the turbo is boosting.

If you love the hissing sound every time you let off the throttle, a blow-off valve will always put a smile on your face.