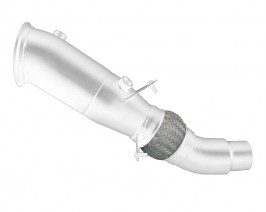 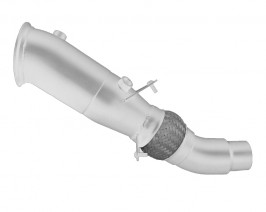 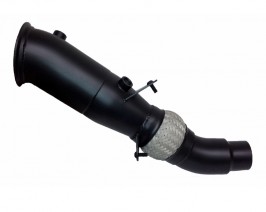 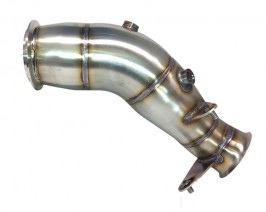 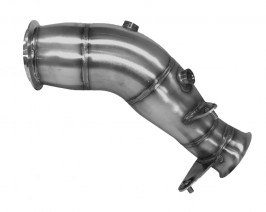 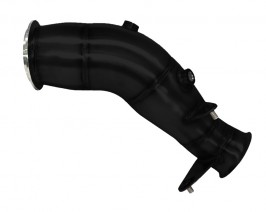 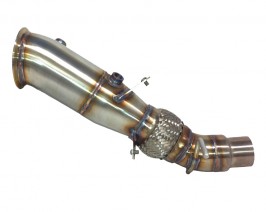 As you probably know, aftermarket exhaust systems are one of the most common ways of increasing power on any given automotive application. For turbocharged cars, an aftermarket downpipe can make a massive difference in power. The downpipe is the first point of contact for exhaust gases exiting the turbocharger. The majority of factory downpipes are typically very heavy and restrictive, and they severely restrict power output.

If you remove the factory downpipe in your vehicle and replace it with a high-flowing one, you will be enhancing the efficiency of the turbo in moving gases out of the turbine. This results in more power, since the turbocharger is able to spin with less restriction, which helps it reach a higher peak RPM. Aftermarket downpipes also typically improve turbo lag, since the turbocharger can spool up faster.

All over the internet, there is a massive misconception that four-stroke engines need a certain amount of back pressure to run properly, and very little back pressure will decrease power. This is entirely false. Decreasing the pressure as much as possible results in greater flow which allows the exhaust gases to be forced out of the cylinder easier. With too large of piping or a poorly designed exhaust system, however, exhaust scavenging can be decreased which will result in decreased flow.