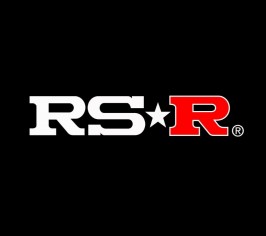 Why Should I Install Aftermarket Control Arms?

The first question we should first be asking is what are control arms and what do they do?

In automotive suspension, a control arm is a hinged suspension link between the chassis and the suspension upright or hub that carries the wheel.

The design of the control arm changes as quickly as the design and production technology of automobiles. "Double wishbone" suspension has long been the standard on most cars' front. As you might imagine, the upper and lower control arms looked like wishbones. They were sometimes called "A-Frames" or "A-Arms" depending on who you spoke to (if you're not familiar with poultry, the wishbones look like the letter "A" by the way). This concept is still popular in many modern vehicles as it works simply.

Any type of control arms may be used for the rear of a vehicle with a solid axle to link the rear axle to the frame or unibody. Very frequently, there are three or four rubber bushed control arms on each end. Such control arms are called "arms trailing" or "rear trailing arms". If a vehicle has an independent rear suspension, the upper and lower A-arms, trailing arms, or some other special arrangement that suits the vehicle's form.

Whenever a car has front or rear suspension in the style of a MacPherson strut, the only type used is lower control arms. There is no need for an upper control arm because the strut takes its position. It also means one less ball joint to think about, and a few fewer rubber trigger arm bushings.

The inboard end of a control arm is attached by a single pivot, usually a rubber bushing. It can thus control the position of the outboard end in only a single degree of freedom, maintaining the radial distance from the inboard mount.

This is in contrast to wishbones which are triangular and have two widely spaced inboard bearings. These constrain the outboard end of the wishbone from moving back and forth, controlling two degrees of freedom, and without requiring additional links.

Control arms are most commonly encountered as part of the MacPherson strut independent front suspension. The control arms are perpendicular to the axis of the vehicle and are termed track control arms. A diagonal radius rod constrains the strut from moving forward and back.

Camber is the degree from which the wheel and tire are connected to the ground – when it is level. Looking at the wheel and tire head-on is the best way to imagine what the camber looks like. The tire remains a steady camber angle when static, while the contact patch is lowered while the car is cornering due to body roll. Camber levels have to be taken into account and modified accordingly to combat this impact to have the largest amount of tire on the road when cornering.

Most Popular Options for Camber Adjustments

Toe reflects the angle produced from pointing the tires from a top-down view inward or outward – just like looking down at the feet and angling them inwards and outward. Also, tread wear and extended tire life are important to the right foot. If the tires are pointing inward or outward, they scrape against the road surface and cause damage around the edges. That being said, tread life may often be traded for success or stability.

Positive toe happens as both tires' foreheads begin to face each other. Positive toe allows both wheels to produce normal load against each other which decreases the capacity to switch. Good tow, therefore, produces more straight driving components. Usually, rear-wheel-drive vehicles have a marginally positive rear toe due to rolling resistance-allowing the suspension arms to drag outwards. The slight positive toe straightens the wheels at speed, effectively evening them out and avoids bent rims of the tires.

A trailing-arm suspension, sometimes referred to as trailing-link is a vehicle suspension design in which one or more arms are linked on both the axle and a pivot point. Actually there are 2 types of these components which are the Semi-Trailing Arm and also the Trailing Arm.

What are the benefits of installing Aftermarket Control Arms?

Most factory control arms are set at only one position. Which leaves the advantage of adjustability to aftermarket control arms, because when you tune your car, tuning the suspension is almost always a must.

When a lowering kit or a lift kit is installed on a car or truck, adjustable control arms are needed to correct the negative or positive camber that goes along with them. If not corrected, the tires won't have the proper traction, and they will wear unevenly and prematurely.

So, to make the world a better or a safer place, replacing your control arms when tuning your car - or when symptoms start popping up - is a very good idea.

Buy online or give one of our world-class sales professionals a call at 1-480-966-3040 If you don't see what you are looking for Call Us.