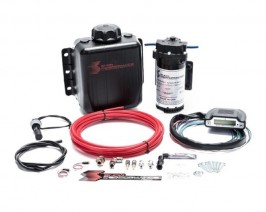 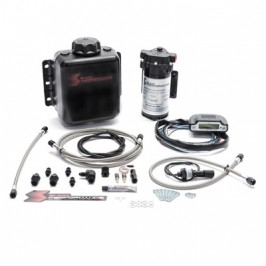 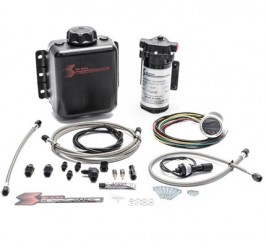 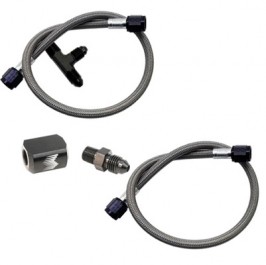 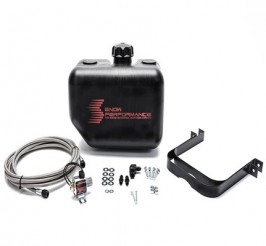 In internal combustion engines, water injection, also known as anti-detonant injection (ADI), may spray water into the incoming air or fuel-air mixture, or directly into the cylinder to cool certain parts of the induction system where "hot spots" could produce premature ignition.

Water injection have historically been used to increase the power output of military aircraft engines for short durations, such as dogfighting or take-off. However, it has also been used in motor sports and, in particular, in drag racing. In Otto cycle engines, the cooling effects of water injection also allow for higher compression ratios by reducing engine knocking (detonation). Alternatively, this reduction in engine knocking in Otto Cycle engines means that some applications gain significant performance when water injection is used in conjunction with a supercharger, turbocharger, or changes such as aggressive ignition timing.

How does it Work?

In the piston engine, the initial injection of water significantly cools the fuel-air mixture, which increases its density and therefore the amount of mixture that enters the cylinder. Water (if in small liquid droplets) can absorb heat (and lower the pressure) as the charge is compressed, thus reducing compression work. An additional effect occurs later during combustion when water absorbs large amounts of heat as it vaporizes, reduces peak temperature and the resulting NOx formation, and reduces the amount of heat energy absorbed by the cylinder walls.

This also converts part of the energy from the form of heat to the form of pressure. As the water droplets vaporize by absorbing heat, they turn to high-pressure steam. The alcohol in the mixture burns, but is also much more resistant to detonation than to gasoline. The net result is a higher octane charge that supports very high compression ratios or significant forced induction pressures prior to detonation.

The fuel economy can be improved with water injection. Depending on the engine, the effect of water injection without any other modification, such as leaning out the mixture, may be quite significant. In some cases, water can also reduce CO emissions. This can be attributed to the shifting of water gas reactions in which CO and H2O are shifted to form CO2 and H2. However, water can also increase the emissions of hydrocarbons, possibly due to an increase in the thickness of the quenching layer.

The high octane properties of methanol, together with the air cooling properties of methanol and water, help the water/methanol systems to generate more energy. In addition, cooler intake temperatures allow you to run more aggressive timing and/or boosting (forced induction applications) without increasing the chance of detonation.

Depending on the system, timing can often be advanced by 10 or more degrees when the water/methanol system is used. The boost can often be increased by five or more psi. When combined with the cooler air intake charge generated by water and methanol, these changes may result in a net horsepower increase of up to 20% in power add-on applications. A horsepower gain of 5-10 percent is possible in naturally aspirated applications.