Increased horsepower and torque gains will quickly be noticed across the entire rpm range. The unplated, oiled metal finish requires some maintenance, but really gives your bike that "Works Look".

Who Is Pro Circuit?

Pro Circuit is a company that was founded by a desert racing pro and motor tuning specialist, Mitch Payton. The company started in 1978 when Payton was only 18 years old.  Pro Circuit customers were mainly composed of Husqvarna-mounted desert racers and motocrossers who wanted to be as fast as Mitch during its early days.

Over the years, word of their product’s success quickly spread and became one of the most sought-after brands in the motocross community. From then on, Mitch closed their family's Husqvarna dealership in 1980 to focus on the shop's aftermarket hop-up service business full-time and thus the beginning of Pro Circuit.

The company is best known for its custom-tuned exhaust pipes. These were the first Pro Circuit high-performance accessory the company rolled out. They later on introduced silencers for those who prefer a not quieter ride. The company thein introduced suspension products to accommodate the demand of their customers.

Their products fit most motorcycle models and brands made such as those from Honda, Kawasaki, Yamaha, and Suzuki. They have participated in numerous racing series and have even helped some of the biggest names in the motocross industry, such as Jeremy Mcgrath, who is considered one of the legends in the community.

Pro Circuit has helped revolutionize the motocross industry and has been a brand synonymous with winning. If you want your vehicle to be as competitive as possible, upgrade it with parts from Pro Circuit. Tried and tested on the track, you can be sure you will only get the best product in the market. To know more about Pro Circuit and what they can offer, visit Vivid Racing and check out their list of products that fit your specific requirement. 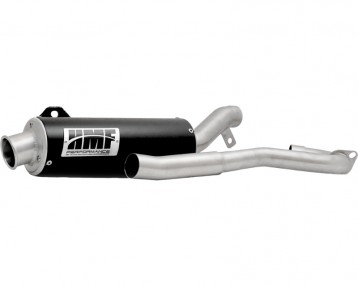