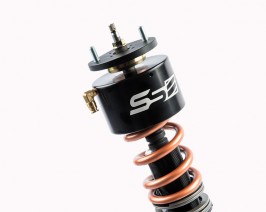 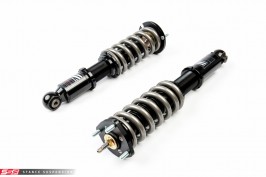 Who is Stance Suspension?

Stance Suspension is an aftermarket company that specializes in producing high-quality performance shocks and coil-overs. Based in Kyoto Japan, the company has worked alongside top Japanese drivers to develop one of the best coil-overs available in the market. Today, Stance Suspension is a sought after brand not only in Japan but all over the globe.

Stance Suspension develops its product using real-world data from its participation in various motorsport events. Top drivers running in different races such as time attack and drifting all use Stance Suspension. This allows the company to further improve its product and make it function at its full potential, giving the driver full confidence when driving.

From Race Cars to Your Car

Stance Suspension functions well both on the street and on the track. For those who want adjustability for their daily drivers, Stance has specific kits designed for daily use that allows height and damper adjustability while maintaining the level of comfort suitable for your daily commute.

If you are in search of a quality suspension product for your vehicle then Stance Suspension is the right brand for you. Homologated from the track, Stance was able to bring their race suspension technology on the street, giving many enthusiasts one of the best suspension packages available in the market. To know more about Stance, visit Vivid Racing and check out their list of products that would fit your specific vehicle.