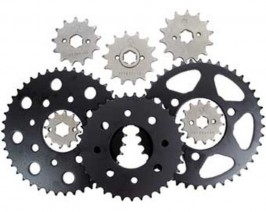 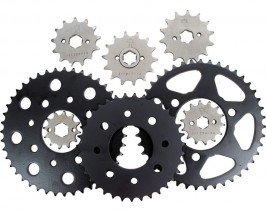 A timing belt, timing chain, or cambelt is a part of an internal combustion engine that synchronizes the rotation of the crankshaft and the camshaft(s) so that the engine's valves open and close at the proper times during each cylinder's intake and exhaust strokes. In an interference engine the timing belt or chain is also critical to preventing the piston from striking the valves. A timing belt is usually a toothed belt—a drive belt with teeth on the inside surface. A timing chain is a roller chain.

Many modern production automobile engines use a timing belt to synchronize crankshaft and camshaft rotation; some engines, particularly cam in block designs, used gears to drive the camshaft, but this was rare for OHC designs. The use of a timing belt or chain instead of a gear drive enables engine designers to place the camshaft(s) further from the crankshaft, and in engines, with multiple camshafts a timing belt or chain also enables the camshafts to be placed further from each other. Timing chains were common on production automobiles through the 1970s and 1980s, when timing belts became the norm, but timing chains have seen a resurgence in recent years. Timing chains are generally more durable than timing belts—though neither is as durable as gear drive—however, timing belts are lighter, less expensive, and operate more quietly.