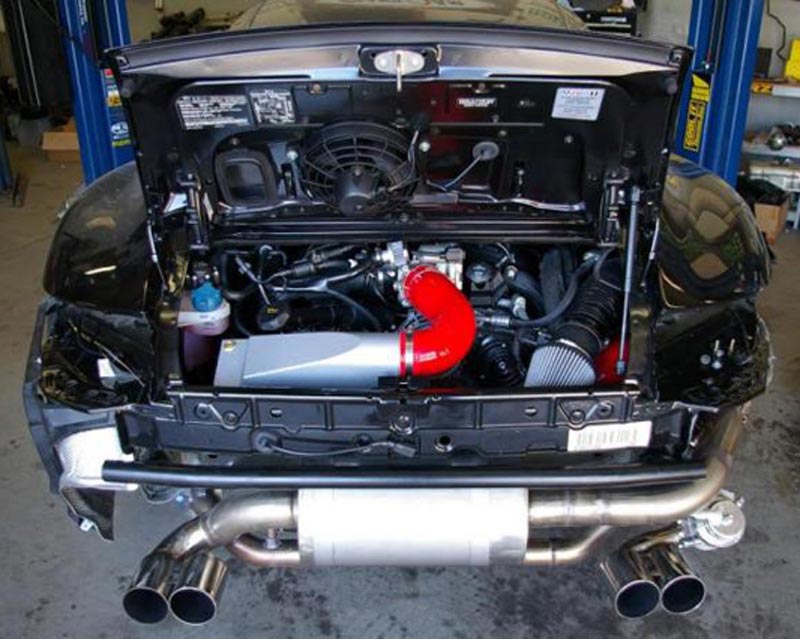 TPC Racing has been in the business of developing the high performance modifications for Porsche vehicles for over 2 decades. In that time, TPC Racing has been a lead the industry in developing in forced induction upgrades for the 930Turbo, as well as our TPC Racing Supercharger Kits for the Porsche 964, 993, and 986 Boxster. Next, TPC Racing lead the way in developing the first positive displacement supercharger kits for the Porsche 996 and 997. Now, based off the success of our wildly popular Cayman Turbo Kit, TPC Racing is now ready to release the next revolution in Porsche modifications. Boasting the addition of a single massive turbocharger, the TPC Racing 997 Turbo Conversion is capable of producing a whopping +140whp over stock on 93 octane fuel.

520 Horsepower; 0 Compromise Just like all TPC Racing Performance Systems, the TPC Racing 997 Turbo Conversion was designed to be perfectly at home on both the street and the track. Daily operation is perfect! You can drive this car as if was completely stock, with no issues. Hundreds of hours were spent perfect a tune that would not miss or stall in the low rpms; a tune that would allow the car to settle into a nice steady tune. During normal commutes, the driving experience is just like any stock Porsche; smooth on and off throttle transitions and smooth power delivery. The difference between the TPC Racing 997 Turbo Conversion and a stock Porsche 997 becomes very clear as you start to press the gas pedal closer to the floor. Very quickly, power builds as the massive TPC Racing Turbocharger begins to feed boost to the engine. Before you know it, the scenery outside of the car is streaking by; you feel the rush of acceleration that leaves you gasping for breath. Struggling, you try just to keep up with gear shifts as you blow through the rpms on a tidal wave of power that simply never seems to run out. The car blasts foward with a howl of approval from the included exhaust system!

This immense power tranfers into exteme performance at the track. With the addition of the TPC Racing 997 Turbo Conversion, your competition will have to be weary. The TPC 997 Turbo;s linear torque band makes for a car that is extremely easy and fun to drive on track, and lacks the huge torque spike of the 997Turbo that can easily overwhelm the rear tires. The TPC Racing 997 Turbo is ready for track duty out of the box.

The TPC Racing 997 Turbo Conversion was developed as a direct bolt on kit. This system requires absolutely no internal engine modifications necessary to maintain the engine;s overall reliability or longevity.

The TPC Racing 997/996 Supercharger Kit has severed us well for many years with hundreds of satisfied customers around the world. However, manufacturing and installation costs as well as a complicatied installation proved to be to much for some prospective owners. Also, with the huge improvements in turbocharger technology over the past few years, we saw the opportunity to create a system that could raise the bar for performance over the supercharger kits currently offered. So, we went back to the drawing board to create a brand new turbo system for the Porsche 997. What was created is a turbo conversion that is less expensive to manufacture. We can therefore pass those savings onto our customers. This systems is also dramatically more simple to install than our Supercharger Kit. Instead of having to drop the engine to get the supercharger fitted and installed, most of the components in our Turbo Conversion simply bolt up in place of the stock exhaust system.

In addition to the lower cost and easier installation, the TPC Racing 997 Turbo Conversion gives us the ability to produce more power than our Supercharger kit ever allowed, with optional upgrades capable of producing over 550bhp!

In order to provide adequate fueling for TPC Racing 997 Turbo, the stock 27lbs injectors were replaced with uprated 60lbs motorsports injectors. No other modifications to the fueling system is necessary.

This warranty DOES NOT apply to any product(s) which has been improperly installed, altered in any way, or subjected to misuse or damage from accidents. The product warranty DOES NOT cover the cost of labor, shipping, and any additional parts required to complete the installation of a replacement product. The product warranty DOES NOT cover consequential items. Auto Racing is a high-risk activity, and products are subject to wear and potentially fail from exposure to high loads involved. Products are expected to wear when subjected to high loading usage. Wears can be caused by EXTERNAL FACTORS.

In order for any product to be covered by warranty they must be sent in to TPC Racing for inspection.

The product warranty coverage is in the form of repair or replacement of the product at the discretion of TPC Racing after inspection.

No refunds. All sales are final. No Exceptions. 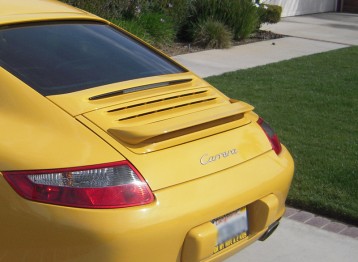 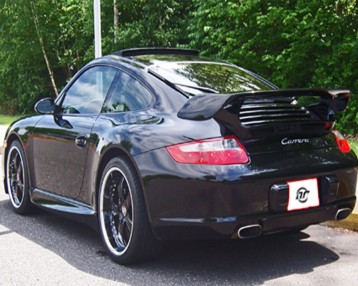 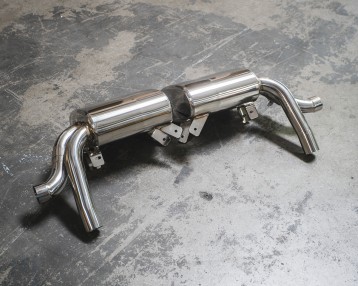 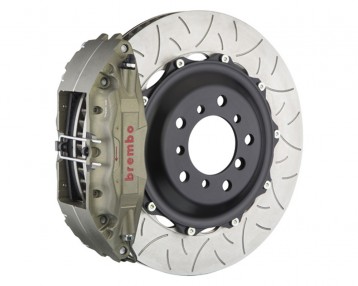