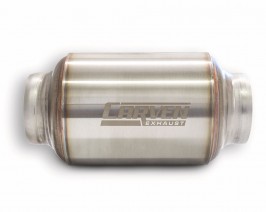 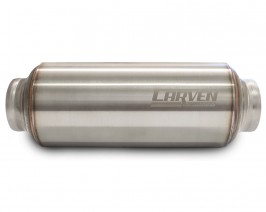 Why Should I Upgrade to Performance Mufflers?

The job of a muffler is to, well, muffle the sound coming out so that you won’t wake up your neighbor at 5:00 on a beautiful Saturday morning when you start your performance car. A muffler is specifically made to reduce the noise, sometimes virtually eliminating it.

If you've ever heard a car engine running without a muffler, you know what a big difference a muffler can make to the noise level. Inside a muffler, you'll find a deceptively simple set of tubes with holes in them. These tubes and chambers are as finely tuned as a musical instrument. They are designed to reflect the sound waves produced by the engine in such a way that they can be partially cancelled. Mufflers use some pretty neat technology to get rid of the noise. In this article, we're going to take a look inside a real car muffler and learn about the principles that make it work.

What is all this racket?

In the engine, pulses are generated when the exhaust valve opens and a high-pressure gas burst suddenly enters the exhaust system. The molecules in this gas collide with the lower-pressure molecules in the pipe, causing them to stack on each other. They then stack up on the molecules a little further down the pipe, leaving behind an area of low pressure. In this way, the sound wave makes its way down the pipe much faster than the actual gasses do.

It is possible to create a sound wave that is exactly the opposite of another wave. This is the basis for the noise-canceling headphones you might have seen. Please take a look at the figure below. The wave at the top and the second wave are pure tones. If both waves are in phase, they add up to a wave with the same frequency but twice the amplitude. It's called constructive interference. But if they're out of phase, they add up to zero. It's called destructive interference. When the first wave is at its maximum pressure, the second wave is at its minimum. If both of these waves hit your ear drum at the same time, you wouldn't hear anything, because the two waves always add up to zero.

How do Mufflers Cancel out the Destructive Sound?

A set of tubes is located inside the muffler. These tubes are designed to create reflective waves that interfere with each other or cancel each other out.

Exhaust gasses and sound waves enter through the center tube. They bounce off the back wall of the muffler and reflect through a hole into the main body of the muffler. They pass through a set of holes into another chamber, where they turn out the last pipe and leave the muffler.

One important feature of the mufflers is how much backpressure they produce.  Because of all the turns and holes the exhaust has to go through, mufflers like those in the previous section produce a fairly high backpressure.