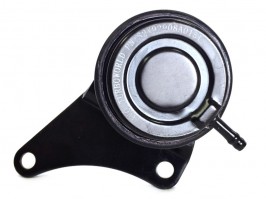 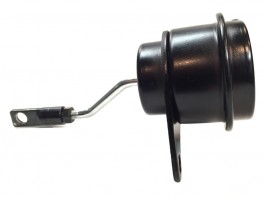 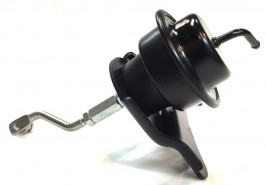 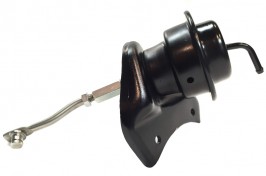 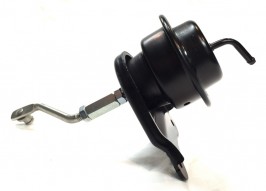 What is a Wastegate and what does it do?

Many engines can handle a small amount of extra power, but the temptation to keep going is always there as power is fairly easy to come by. But a turbo will provide only so much power. The boost pressure for a given turbo is dependent on how much exhaust gas passes through the turbine. A tiny lever, known as the wastegate, controls this. It opens at a pre-determined limit to allow excess exhaust gas to bypass the turbine and vanish straight down the exhaust pipe after hitting the boost limit.

A wastegate would usually have a spring on one side of the diaphragm and raise pressure on the other. The gate opens to bleed off exhaust gases at the point where boost exerts force greater than the spring pressure. Reducing the pressure generated by the wastegate or rising the spring 's strength would open the wastegate at higher boost pressure. Thus, the engine would gain more boost and power.

But, and it is a big but, the exception to that is what the turbo can handle, both physically and from an airflow point of view. When too much exhaust gas is transmitted through the turbine, the machine can over-speed, which puts mechanical stress on it and can cause problems of all sorts, such as broken shafts or failing compressor wheels.

Furthermore, the air that flows into the engine will begin to become very unstable, a condition known as "rise." It can have very negative effects on the combustion chamber and on the power supply. The alternative is to tailor the turbo to the specifications, and replace a regular version with one tailored for the job, which is more boost, if necessary. It may be a physically larger turbocharger, or different features of the turbine and compressor.

But it is also imperative to know that there are two kinds of wastegates.

An internal wastegate is a component on the turbo itself. The gate is opened via an actuator which is a diaphragm type system. Excess exhaust is then fed directly into the exhaust system. The valve is controlled by a spring-loaded actuator and chamber. The chamber is tied to a pressure line in the compressor cover. This valve is controlled by an actuator, which consists of a spring and a sealed chamber, and this chamber is linked to boost pressure.

Internal wastegates are meant for regular driving and standard pressure levels. They are insufficient for performance tuners and cannot protect an engine from damage under maximum speeds.

Which is it for me, then?

Although perfectly adequate for the vast majority of vehicles, the internal wastegates are designed only to handle a turbocharger 's output at stock-boost speeds.

If you're a performance enthusiast looking to change your engine and optimize output, it’s vital you have a properly sized wastegate to prevent damage to your turbocharger. If you are installing an aftermarket turbo, you will need to invest in an external wastegate to monitor the additional boost and power effectively - and many larger aftermarket turbochargers do not have internal wastegates, anyway.

Stabilize boost pressure in your turbocharger systems with Vivid Racing's Wastegates. We carry Wastegates from Greddy, Forge, and more.