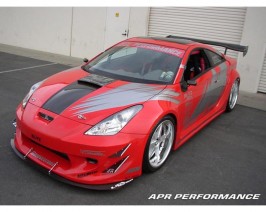 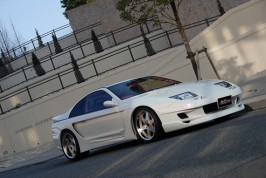 The Viper SRT is perhaps one of the wildest and fastest cars to ever touch asphalt. Nobody dares call it slow.

Except the Viper ACR obliterates it in about any racetrack you can think of – and yet they have the same horsepower. So, what kind of sorcery did Dodge do? Well, nothing, really.

The ACR Viper has such a large lip spoiler it needs harnesses and a ridiculously large wing that Steph Curry can comfortably lay down on. But all these pieces make the Viper ACR handle much sharper, exit corners much faster and stay low on the ground despite insane speeds.

These are what ground effects or body kits do to a car. It makes an already fast car even faster.

Ground Effects is a term applied to a series of aerodynamic effects used in car design to create downforce and decrease drag. Particularly used in race cars, ground effects pertains to the added aerodynamic flexibility produced by a cushion of air below a vehicle moving close to the ground.

Perhaps one of the best ways to customize your car or truck is to install a body kit.  The contents of a body kit will generally vary according to the vehicle and manufacturer. However, ground effects kits usually include a front lip spoiler or air dam, side skirts, and a rear air dam.

Some aftermarket bumpers add to your car’s performance, but most of them are for that much-added curb appeal.

Aside from aesthetics, aftermarket bumpers are also engineered to take more substantial impacts compared to those that came from the factory.

If your new front bumpers make you still long for a more aggressive look for your car, why not add a lip spoiler?

Some install chin spoilers under their front bumpers just because it looks good. But for those into racing, a front lip is essential to provide additional downforce to balance the rear aero. And when there is more downforce, you would be more confident in taking a corner faster.

For the most part, a lip spoiler is attached to your car’s front bumper. Depending on the car and the desired performance, components of a chin spoiler will differ. Most are constructed with carbon fiber or fiber reinforced plastic, which is a lot cheaper than carbon fiber. A few lip spoilers are extruded from aluminum.

Chin spoilers also provide a level of protection to your car’s front bumper against scrapes, speed bumps, or obnoxiously high curbs. We have STI JDP parts that employ lightweight but durable materials for the ultimate blend of style, performance, and safety.

A lot of enthusiasts install front bumper lips spoilers purely for aesthetics; providing their ride with that distinctive, lowered look.

For the large majority of cars, the stock bumper is very basic and boring. Plus, manufacturers generally design their rear bumpers to reduce drag, rather than a design which offers increased downforce.

In high-performance applications, FRP and carbon fiber rear bumpers are standard installations because of their lightweight features.

Aftermarket exterior parts help improve your vehicle's aerodynamics by increasing downforce. To help your rear stand out even more, opt for a rear diffuser in addition to a new rear bumper.

For SUV owners and off-road enthusiasts, aftermarket rear bumpers feature higher clearance and steeper departure angles, they help you avoid obstacles on the ground. We have an assortment of bumpers perfect for your off-road beast, like those from Addictive Desert Design. Many of aftermarket off-road bumpers also feature cutouts for small LED lights and D-ring brackets. Some bumpers also feature an integrated tire carrier.

Having an air splitter means air under the car is at low pressure. This causes higher pressure air on the outside and sides of the vehicle to come rushing in. This condition consequently diminishes the ground effect and downforce.

Side skirts can reduce the amount of high pressure on the side of a car that goes underneath it. The effectiveness of these components depends primarily on how close to the ground the lower edge can be maintained.

An alternative benefit of aftermarket side skirts is preventing rocks from kicking up off the roads and hitting your vehicle's paint. They work just like mud flaps since they prevent stones and other debris in the ground from hitting your paint.

Body kits are generally made from polyurethane, fiberglass, or carbon fiber. Carbon fiber is a lightweight material and a popular choice among car enthusiasts; though, it is not as popular as polyurethane.

Polyurethane kits are a fan favorite due to their resistance ability to damage, and because they will not crack in cold weather. Polyurethane is very durable and the parts tend to last longer.