Magnuson Supercharger Kits for the Audi 3.0TFSI S4 and S5

by Dan
in Product Info
2

Audi has been one of my favorite cars since the days of being a lot boy at Scottsdale Audi back in 1998.  I remember getting to drive the very first Audi TT Coupe and even one of the V6 Bi-Turbo S4’s.  Over the years Audi has continued to develop some impressive platforms and have great technology packages.  Their horsepower has not been something to rave about compared to cars like BMW and Mercedes, but with the latest 3.0TFSI platform, that has all changed.  The V6 B8 and B8.5 Audi S4 and Aud S5 already have a nice little boost from a factory supercharger installed.  Add a pulley or a ECU flash and the mid sized luxury sedan and coupe become a whole ton more fun to drive.  But when you want to go balls out, Magnuson’s new TVS1740 supercharger system is where it is at!

In the factory form, Audi’s S4/S5 3.0TFSI V6 leaves much to be desired compared to recent models proudly displaying the S badge. The Magnuson TVS1740 Supercharger System Powered by APR fills the void by adding an average of roughly 41% more horsepower on pump fuel and up to 62% more horsepower and torque across the entire power band on race fuel. The results are nothing short of amazing; taking the S4/S5 from 333 horsepower to 469 horsepower on pump fuel and 538 on race fuel without breaking a sweat! With up to 422 FT-LBS on tap thanks to the TVS1740’s positive displacement supercharger, expect instant acceleration with absolutely no lag commonly associated with other forms of forced induction.

At the heart of the Magnuson Supercharger System is Eaton’s latest Twin Vortices Series (TVS) supercharger unit, the TVS1740. The supercharger system is a positive displacement, roots style pump, utilizing Eaton’s lightweight, four-lobe 160 degree twisted rotors. Cast and assembled as a single, OEM-style-manifold and rotating group housing, the unit is quiet, compact, attractive, easy to install, and requires little to no extra maintenance to the unit itself.

The positive displacement supercharger offers power instantly as the throttle is pressed. Boost pressure builds with no perceived lag commonly associated with other types of forced induction, and provides a large increase in torque across the entire power band. Throttle control is linear and predictable and makes for an excellent driving experience both in daily driving and wide-open acceleration.

Since the supercharger does not compress air as it moves through the roots, it’s extremely efficient during light throttle and cruising situations. Unlike screw-type positive displacement superchargers that are always compressing, the TVS unit can internally bypass unwanted air, resulting in negligible parasitic loss during cruising and thus far greater fuel economy.

Internally the dual heat exchangers offer technological advances shared by Formula 1 teams around the globe. Each unit features a louvered fin design, which minimizes pressure drop while achieving excellent cooling effectiveness. The extruded multi-rib tubing maximizes heat extraction to be carried away through the large bore coolant recirculation hard lines. Externally, supercharger coolant is pumped through a large front mounted heat exchanger where it’s cooled and circulated back through the charger again.

Read More, See Dyno’s, and Get Yours Here 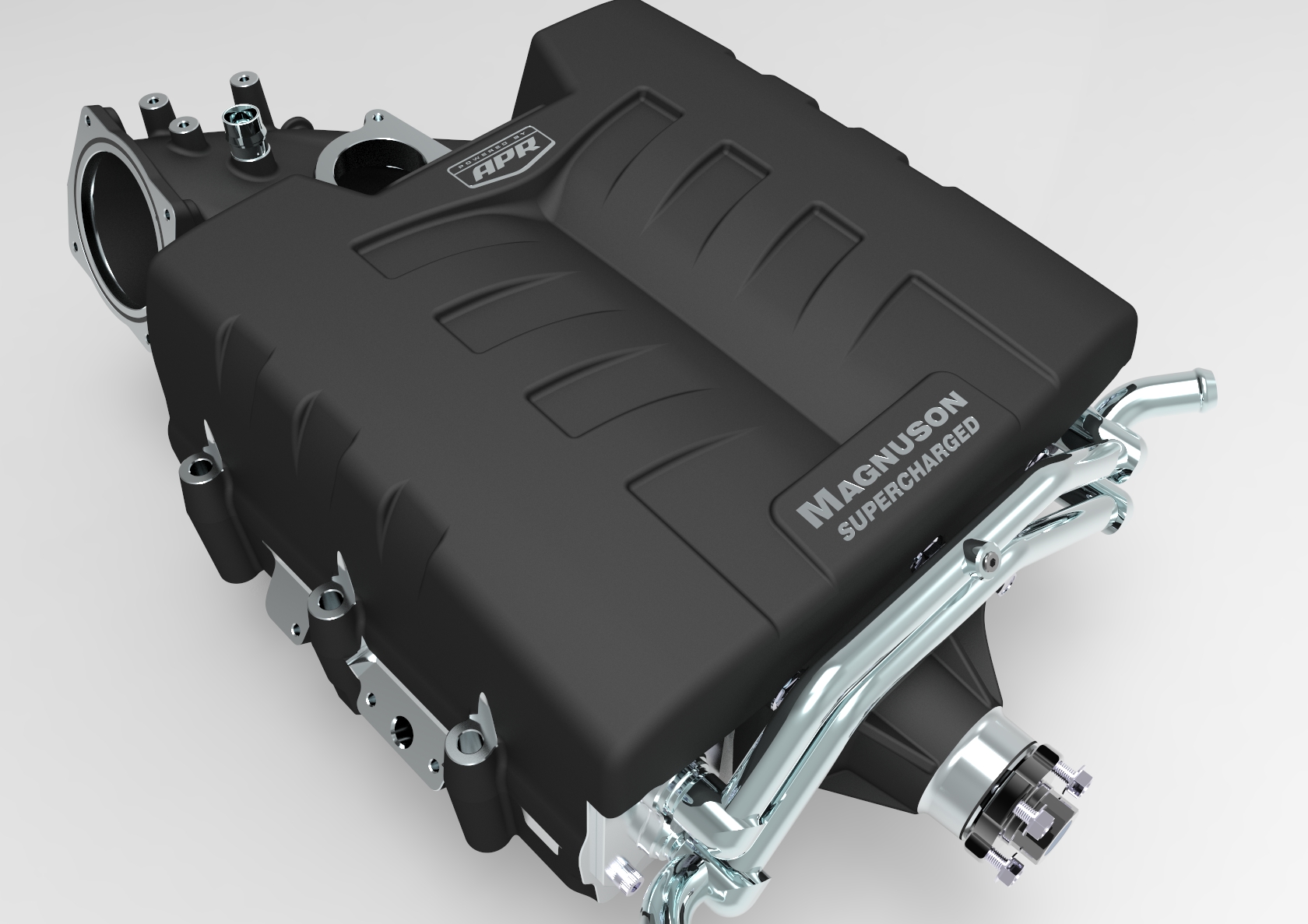 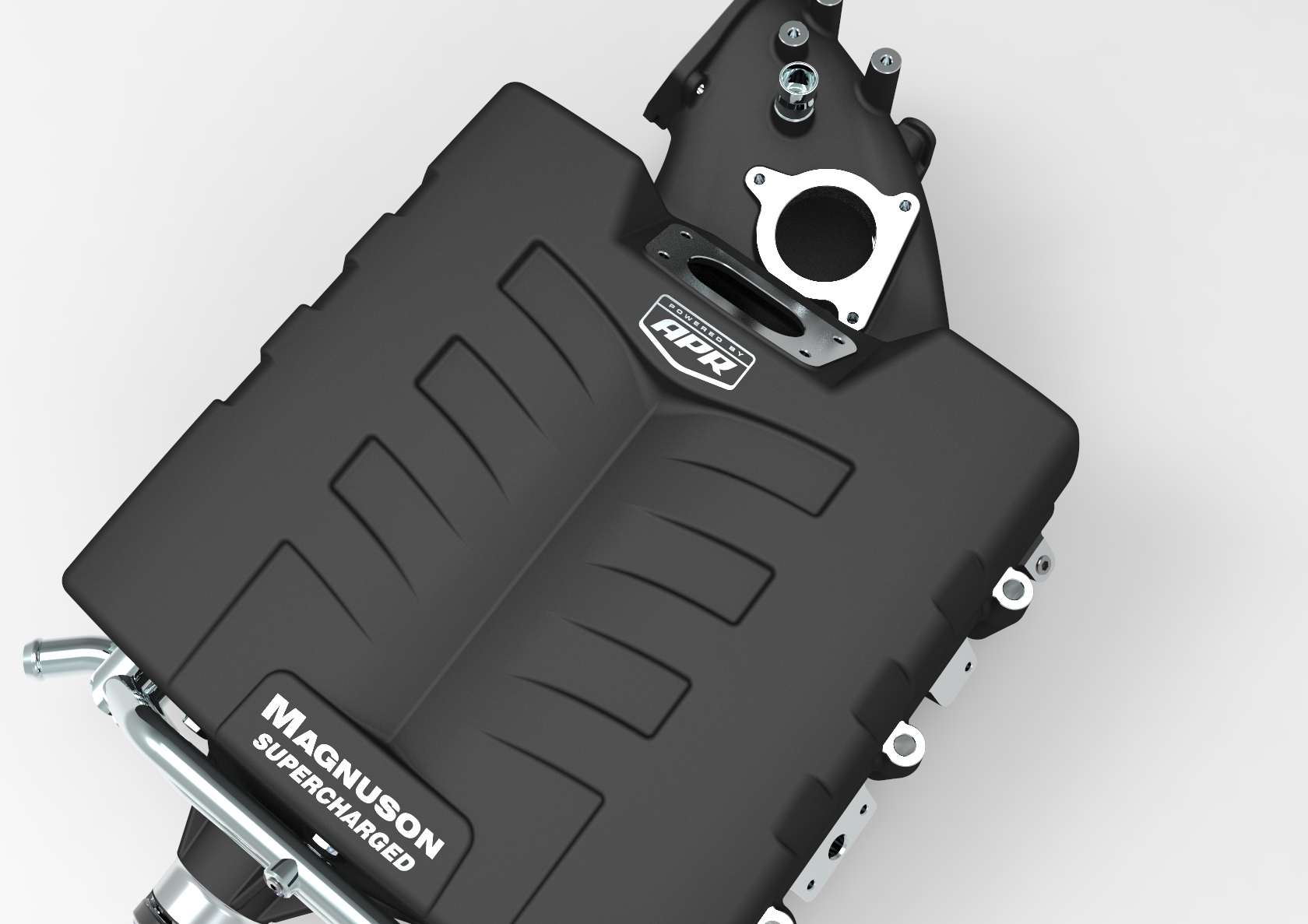 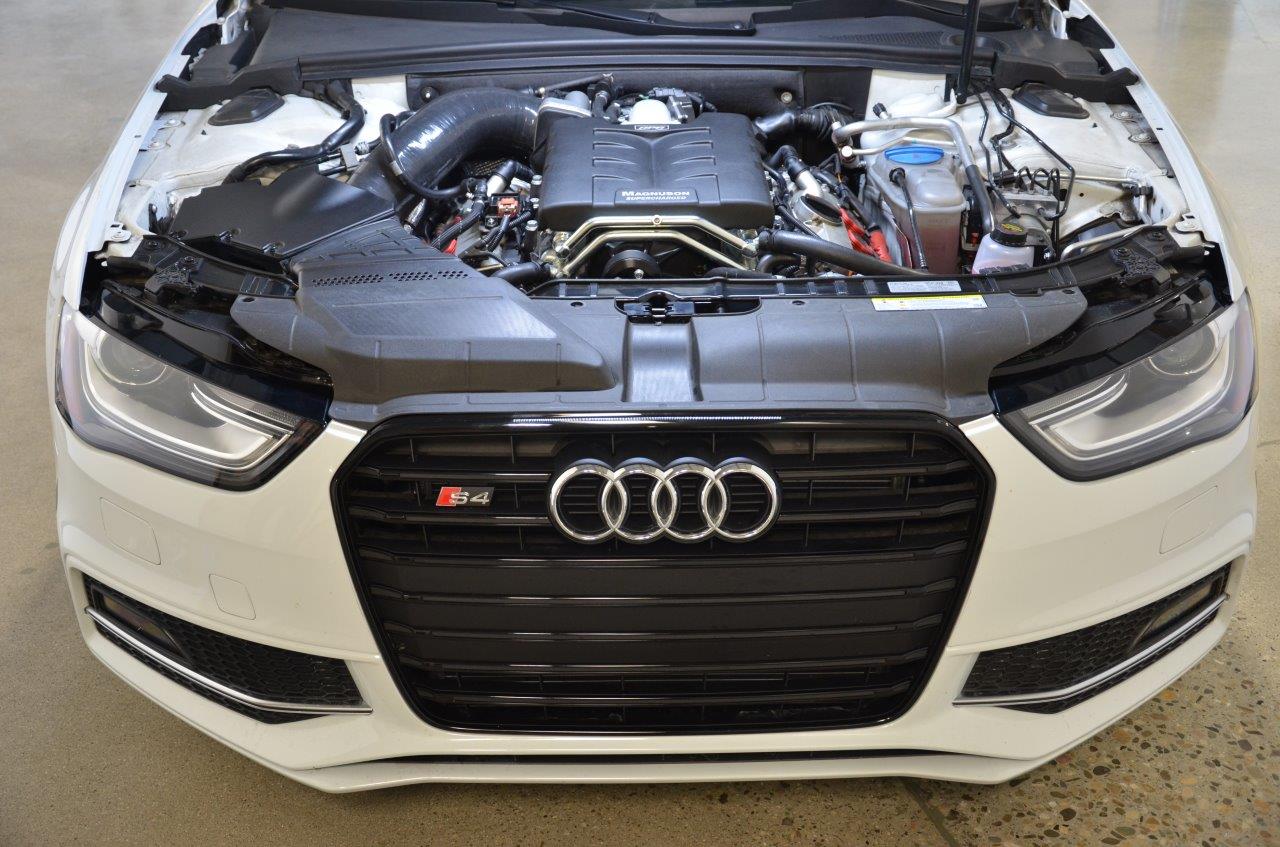 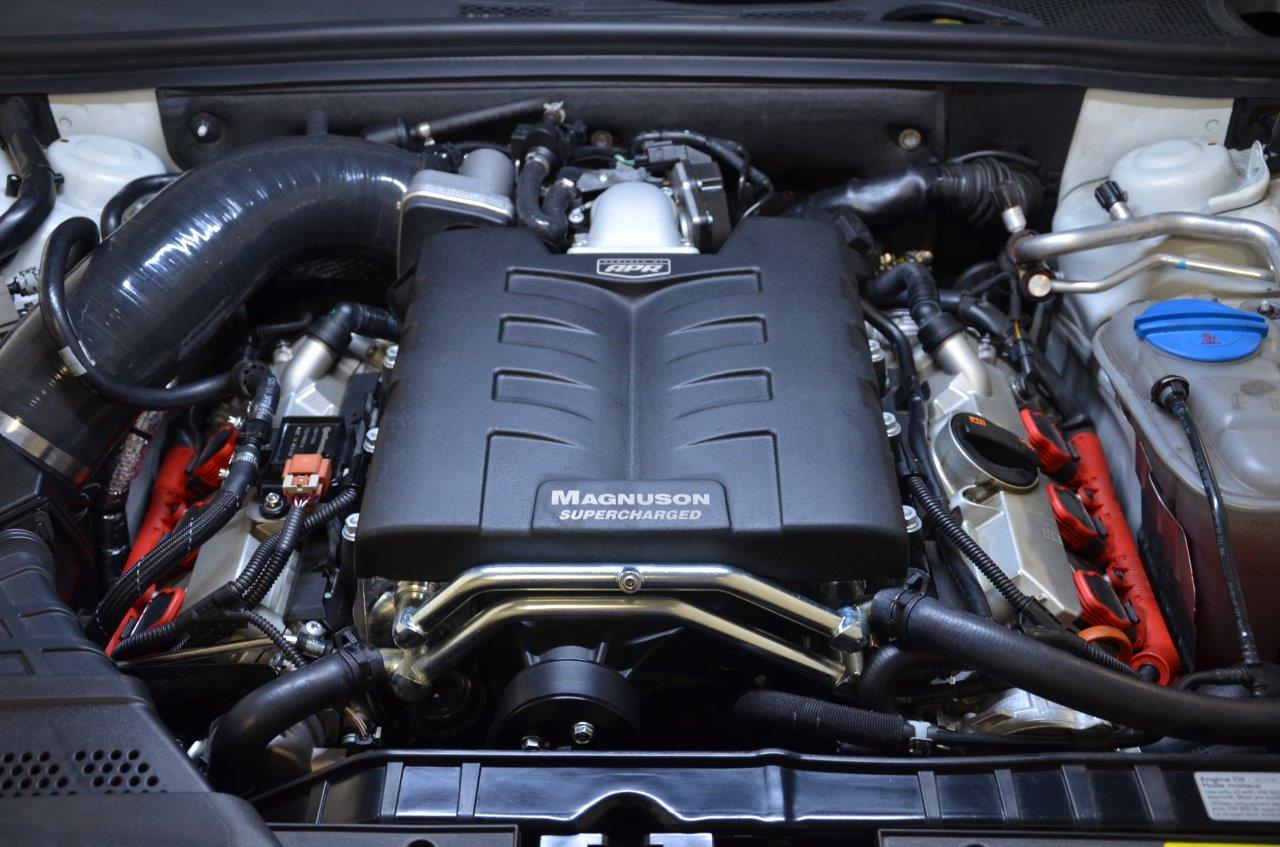 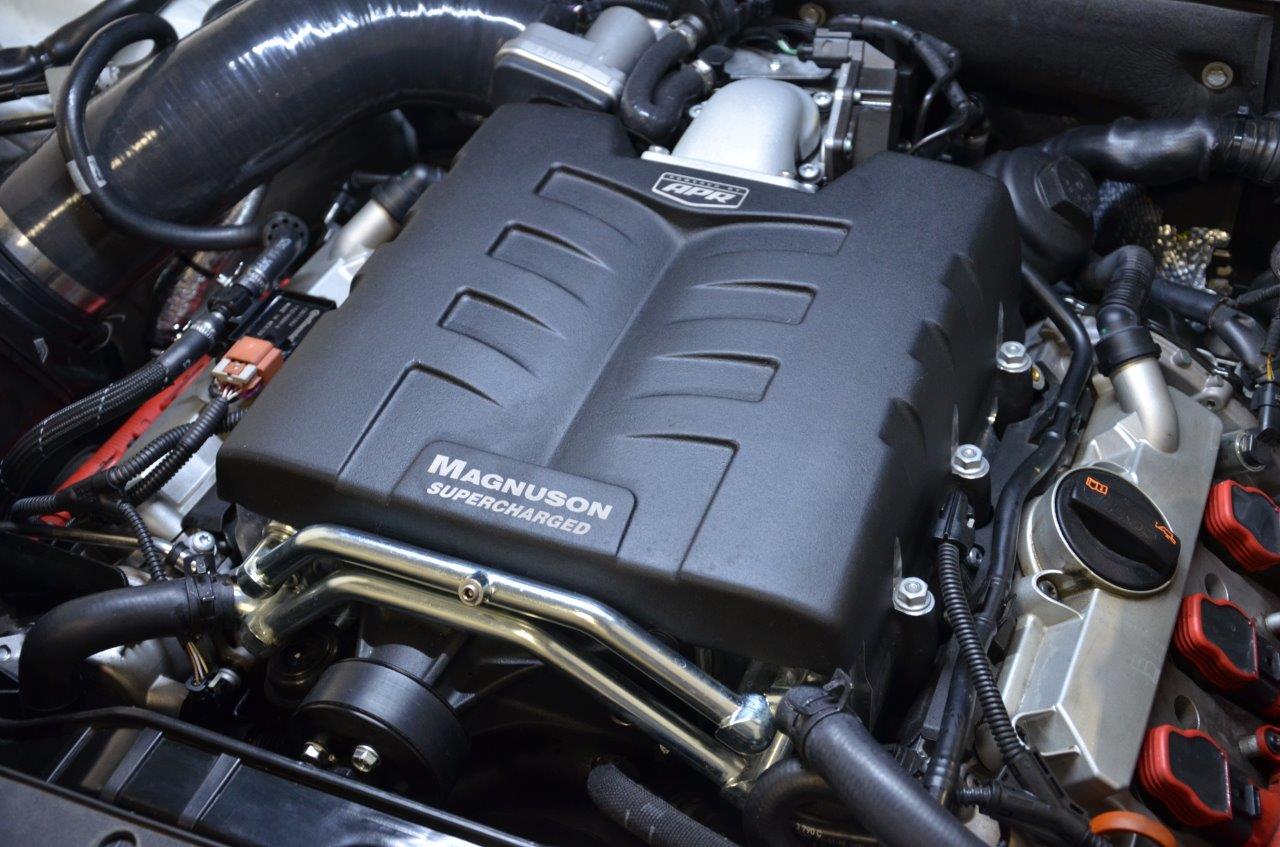 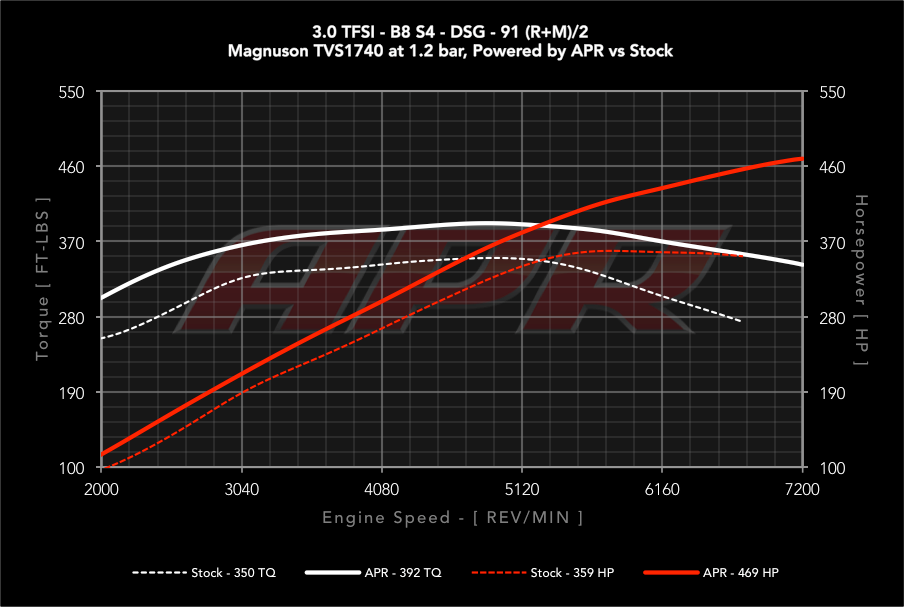 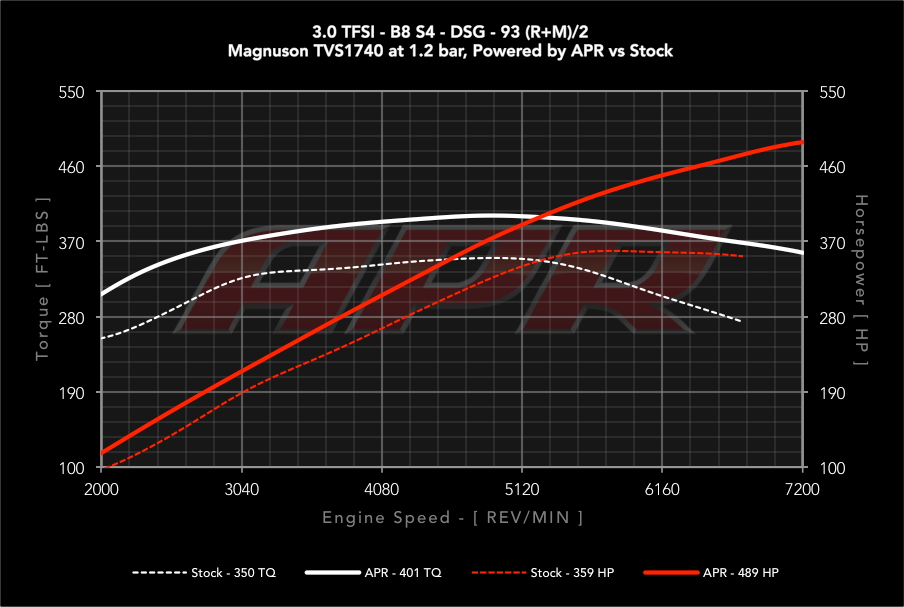 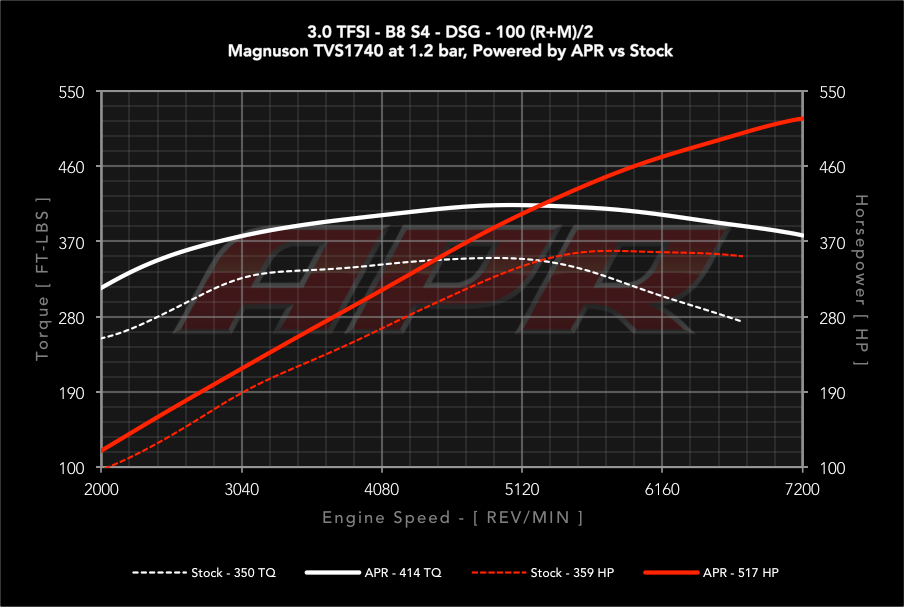 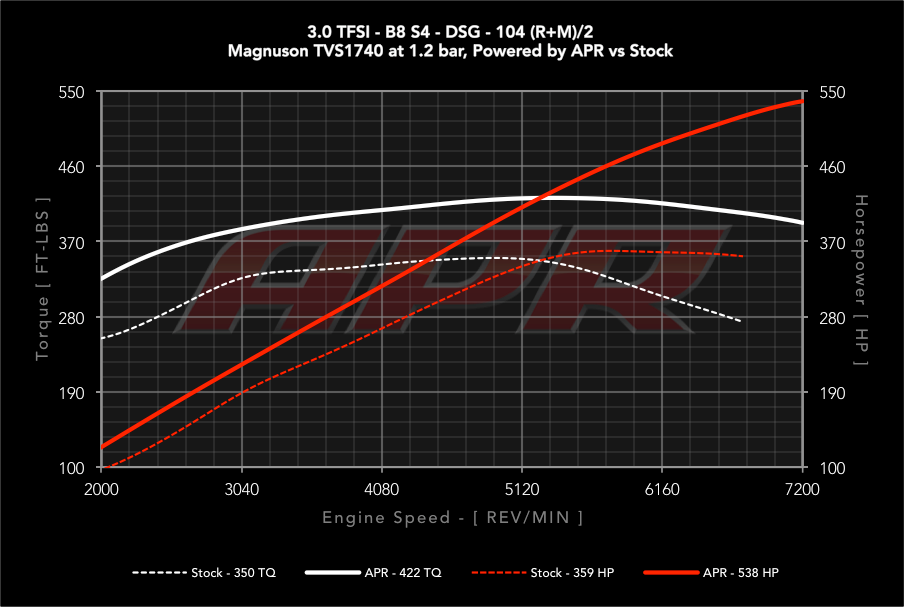