by AJ Casoli
in Random World
0

Ford fell out of the performance market for a brief moment in the late 2000s. With the Mustang being their only performance car and numerous failed attempts at an updated Lightning, Ford had a lot of making up to do as they were straying far from their roots. Alongside the 2009 release of the Ford Raptor was the Focus ST which restored faith in the hearts of many enthusiasts that Ford would be refocussing their performance standards within their fleet.
The release of the Focus ST took the world by storm after Ford reestablished a beloved hot hatch model to their lineup. Paying homage to the rich rally history behind the Focus, Ford also developed a RS 500 model a year after the ST was announced. Receiving various updates throughout the years the ST became a popular vehicle amongst automotive enthusiasts as the Ecoboost platform took well to modification and gave owners a thrilling experience to drive.
In 2015, Ford announced the development of the Focus RS which offered an AWD drivetrain and updated Ecoboost powertrain. Gaining attention from all across the globe, enthusiasts couldn’t wait to get their hands on the RS to upgrade and improve the performance. After the ST and RS have been out for a while, many manufacturers have engineered solutions to increase power, sound, and fun factor.
A common modification that is done tends to be within the intake system. While Ford engineered the intake fairly well, an issue many owners run into is too much heat inside the engine bay. This built-up heat causes an increase in IAT (Intake air temperature) which results in a loss of power. Another problem owners have is the restrictive air filters that prevent the turbo from receiving maximum airflow.

Here is a list of the top 5 intake modifications for the Ford Focus ST and RS: 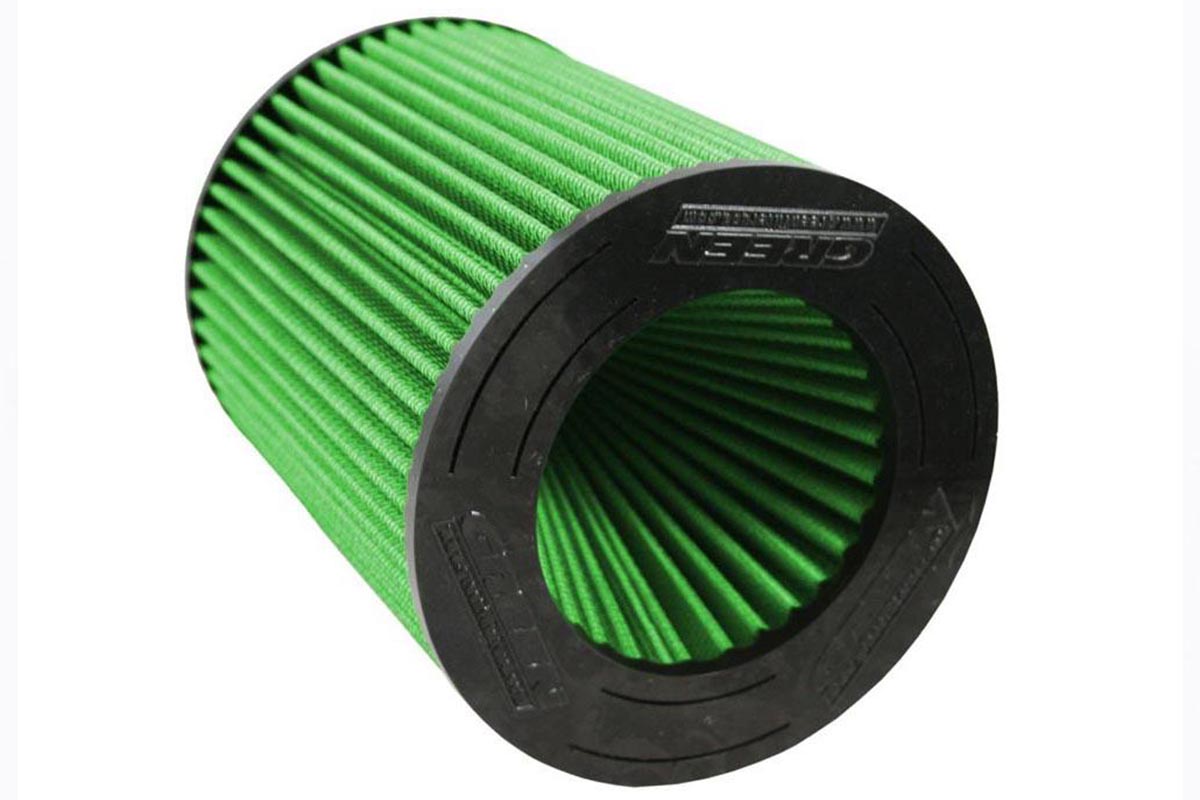 Many owners seek an aftermarket solution to the crappy paper filters provided from the factory, as well as, your everyday parts store. The paper media prevents dirt and everyday road debris from getting in the engine which means it is doing its job, but one thing many owners aren’t aware of is that it is robbing their engine of power.
The media causes a massive amount of restriction within the intake system which results in a loss of power. Since the engine is starving for air, it compensates with fuel to increase the loss in power. This not only decreases gas mileage but also fouls out spark plugs and oxygen sensors which can be expensive to replace.
Green Filter USA makes an upgraded replacement filter for the ST and RS which improves airflow and maximizes the efficiency of the turbo. Utilizing double-layered thick cotton pleats increases filtration by 15% while increasing the volume of air capable of flowing through the filter. Green Filter is the best solution for owners that want to increase the efficiency of their ST/RS and improve the performance.
Whether it is daily driving, autocross, or drag racing the Green Filter replacement option is the best upgrade money can buy for the ST/RS platform. Being a practical upgrade is an easy justification as it is reusable which also helps the environment. Simply using the biodegradable cleaner and synthetic oil from Green Filter, the air filter can easily be cleaned every other oil change for maximum efficiency and longevity.
Click Here To Purchase Your Green Filter Replacement! 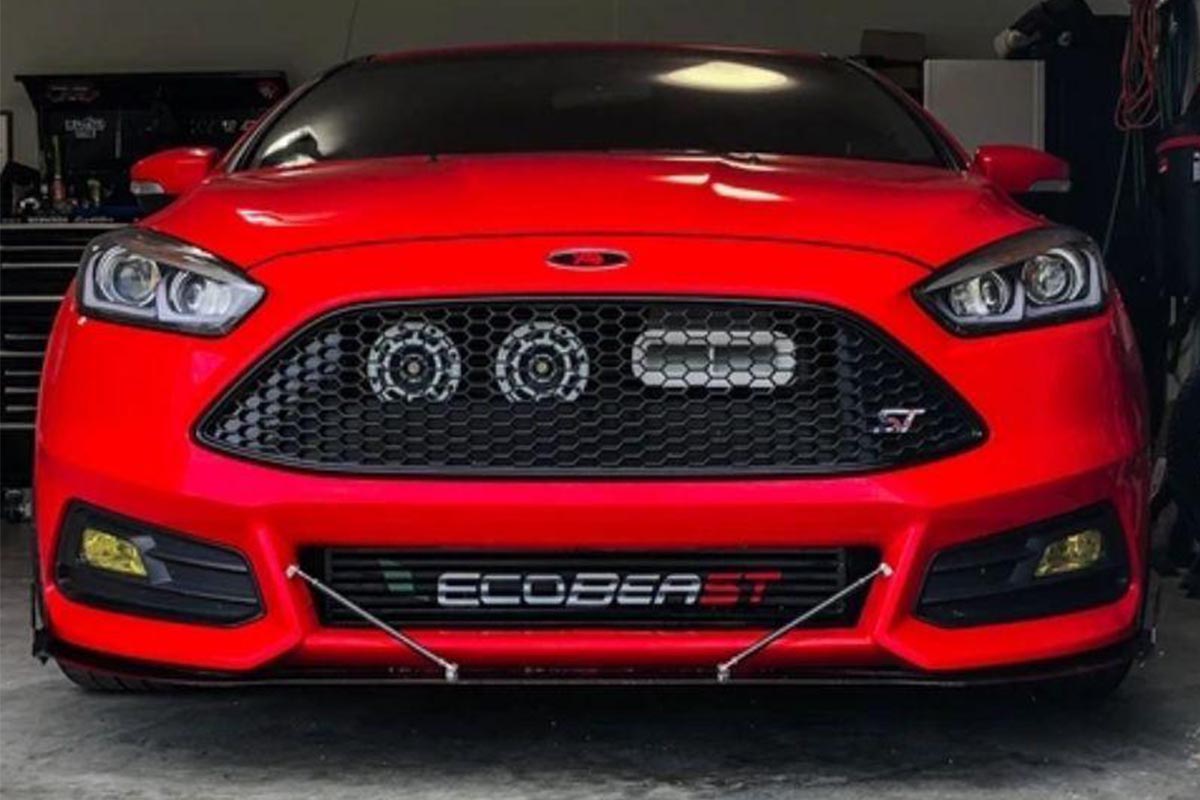 Being that the engine bay is notorious for building up heat, Velossa engineered the Big Mouth Ram Air Intake Snorkel System to route the coldest air possible to the intake system. The ducting connects to the factory intake which then features a snorkel that is similar in shape to a horn at the front of the vehicle.
The shape of the mouth accelerates air through the filter and into the intake tract. With the extra velocity and cooler air, the turbocharger is receiving the coldest air possible. Cold air is key when it comes to turbocharged vehicles due to the increased heat from the turbo itself. Being that the turbine is compressing air entering from the intake, the air is thus immensely increasing IAT.
Receiving the coldest air possible reduces the temperature of the air after it has been compressed. While there are other solutions to decrease compression temperatures, the Big Mouth Ram Air Intake is the most affordable solution to significantly reduce IAT’s and increase performance.
The Velossa Big Mouth Ram Air Intake simply bolts to existing mounting locations and offers incredible benefits at a shockingly low price. It can also be seen as a bit of a fashion statement as well being that it is offered in multiple colors to accent the factory paint or black for owners who want a more stealthy approach.
Check Out The Velossa Big Mouth Ram Air Intake Snorkel Here!

Many owners aren’t too thrilled about the factory sound symposer system that was incorporated into the Focus ST. This system connects a tube coming from a diaphragm and valve to the firewall which amplifies turbo noise and induction sound within the cabin. After modifying and turning up the boost on the ST, the sound symposer is known for wearing out and causing a boost leak.
A boost leak in a turbocharged vehicle can significantly reduce power as the turbocharger is unable to produce maximum boost. While the turbocharger is chugging away, all its work is for nothing since the glorious boost it’s producing is being released through the sound symposer and not through the intake.
Agency Power engineered the sound symposer delete to eliminate the chance of a vacuum leak throughout the intake. This gives owners the peace of mind to turn up the boost and ensures that 100-percent of the power is being delivered through a sealed system. Deleting this system gives owners freedom of turning up the power without the worry of boost leaks or any other issues if it were to fail.
The billet 6061 aluminum block off plate provided in the kit simply installs on the factory intake manifold. Featuring a 1/4 NPT thread, a vacuum line can be installed giving the block off plate dual-functions. An o-ring is incorporated into the block off plate to completely seal the system eliminating any leaks along with a Delrin plug to seal the symposer tube.
Click Here To Purchase Agency Power Sound Symposer Delete System 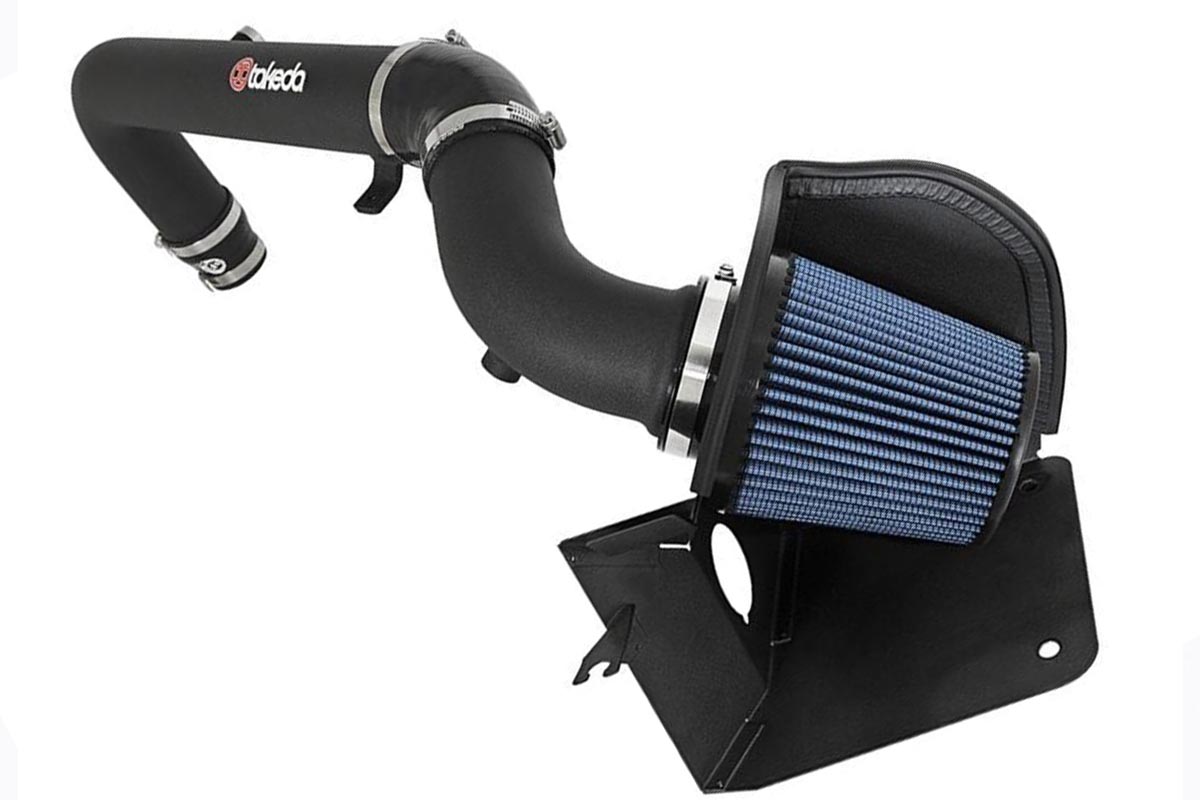 A common solution for many owners is to replace the intake altogether. Increasing the diameter of the tubing offers incredible gains in airflow, as well as, power. The aFe Takeda Stage 2 Cold Air Intake System with Pro 5R Media significantly increases performance, sound, and efficiency. Offering a complete bolt-on system, this intake doesn’t require modification to fit.
Simply installing in the factory location with mounting brackets strategically placed allows for an easy install. The increased diameter tubing offers higher volumetric efficiency within the induction system. Allowing more air to pass through to the turbo is essential for cooling and reducing IAT’s which offers many more benefits.
Dyno-proven gains show that after the installation of the aFe Takeda Stage 2 intake offers a whopping 19HP increase and 21 lbs/ft of torque. These gains are exceptional from a simple modification while yielding other benefits. Due to the increase in tubing diameter, the induction sound is amplified giving the Ecoboost engine a pronounced growl.
The filter provided with the aFe Takeda Cold Air Intake is where this intake shines. Reducing restriction, the 5D filter media offers exceptional filtration along with improved airflow. Progressive filtering rates are achieved with the 5-layer cotton gauzing that is encased in heavy-duty wire mesh for durability. The 6-inch tall filter fits snug in the engine bay surrounded by the included heat shield.
Purchase Your aFe Takeda Stage 2 Cold Air Intake System Here! 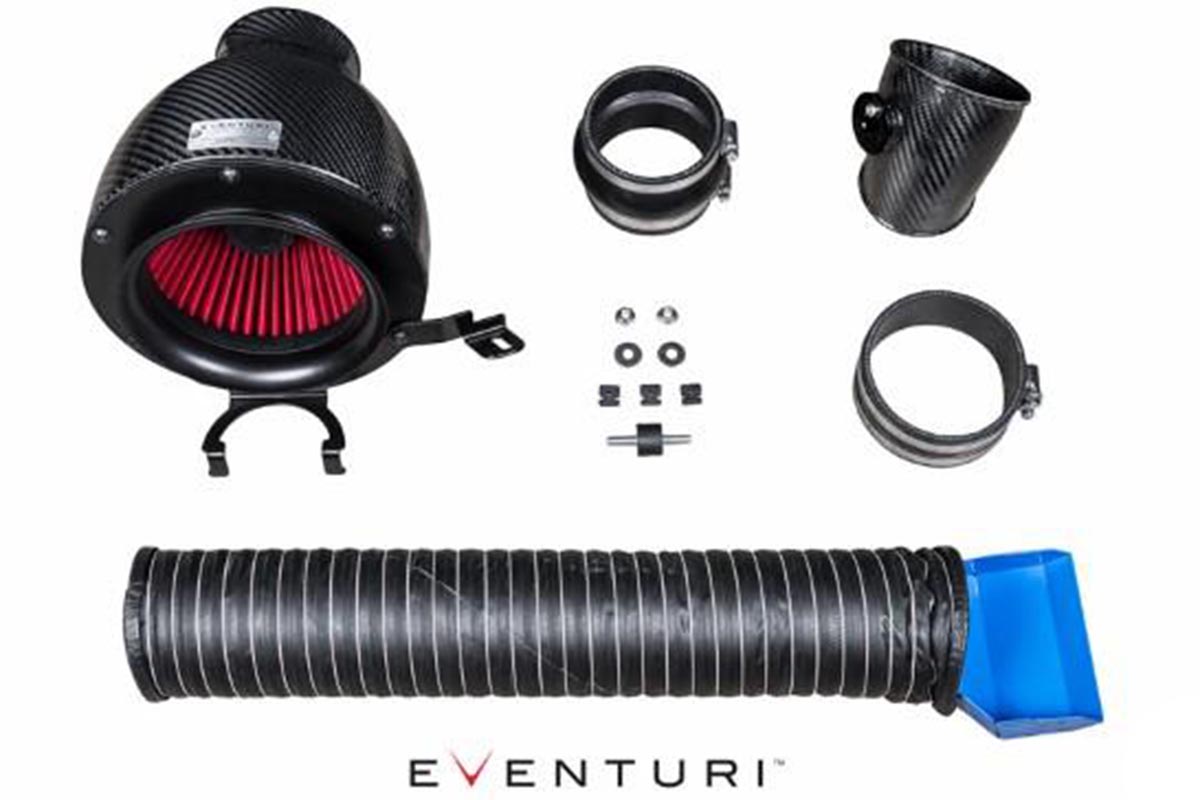 Eventuri knocked it out of the park with its carbon fiber intake system. Not only offering immense style benefits but also incredible functionality. Along with this intake system is neoprene ducting that directs air from the underside of the vehicle up to the intake. This combats the notorious hot engine bay temperatures and feeds the engine the coldest air possible.
The carbon fiber section of the intake provides additional benefits as it is more susceptible to heat. Since the carbon fiber induction casing surrounds the filter, it prevents the intake tube from heating up. This can reduce ITA’s while offering a lightweight replacement that is highly functional to the efficiency of the engine.
Neoprene ducting is provided to direct the cold air from the undercarriage of the vehicle up through the intake. This is a solution commonly seen in race cars that are utilizing the front airflow through the grille for larger intercoolers and radiators. Since there is a lack of space up front, ducting is routed to the underside of the vehicle which yields great success at reducing IAT.