by Dan
in Random World
2

And now nearly a decade later, what started as a way to make a living during college has become a business bringing in $9 million a year.

But in 2001, the pair’s “nothing” company went from Vivid Wireless to Vivid Racing, a multi-million dollar company serving customers worldwide.

Both men had an interest in cars, and their brainchild, Vivid Racing, began selling parts like exhaust systems, wheels and tires for high performance cars like Porches and BMWs.

“[We sell] all the stuff that people put on their car and go to the track,” Mermelstein said.

Vivid has two sectors: parts distribution and manufacturing. The manufacturing sector, Agency Power, was started four years ago, Merlmelstein said. He handles most of the marketing and advertising and Rohn runs manufacturing.

Mermelstein said most of his time at ASU was spent starting the business.

“I was the guy who wanted to graduate and get by,” he said. “We never planned on any of this.”

Much of what Mermelstein learned about business came through trial and error, he said. The things he learned at ASU were starting points that he put into practice in the real world, Mermelstein said.

“You can take as many managing classes as you want,” he said. “No one prepares you for having to be responsible for 20 peoples’ livelihoods.”

About 95 percent of Vivid Racing’s business comes from outside Arizona, and many orders come from outside the U.S., Mermelstein said.

“The local market for Arizona is actually a lot stronger now than it was 7 years ago, but still the majority of our business is outside of Arizona,” Mermelstein said.

“Auto culture so large and diverse,” he said, “it’s not in any specific region.”

Within the U.S., much of Vivid’s business comes from the East Coast and southern California, Mermelstein said, but internationally many of its orders come from South American, Europe, Dubai, Australia and Romania.

Business thrives for Vivid Racing outside the state and the country because of the money and energy spent on its Web site, Mermelstein said.

“I think without the Internet we would not be at the level we’re at,” he said.

The site, Vividracing.com, integrates community interaction with an online catalog and search functions to draw new customers in and bring old ones back, Merlmelstein said.

Though Mermelstein received his bachelor’s degree in marketing, Rohn left ASU after a few semesters when the business took off.

“When it started it was something for us to have, something that was our own,” Rohn said. “You always feel better when you control the outcome of how you get paid.”

The business started small and grew through the Web site, Rohn said. The site still draws in most of the company’s business, he said.

“Having a web-based catalog, you’re open 24 hours a day,” Rohn said. “You’re able to reach a worldwide marker instantly. You’re reaching millions of people with the click of a button.”

Chandler resident and longtime Vivid customer Steve Picone said he first met Mermelstein in 2001 when he was looking for a new exhaust for his Subaru WRX.

“I basically found them on the Internet,” Picone said. “I literally called the company that made [the part I wanted] in Australia and found that Dan sold this part locally for less than it cost me to get it from Australia.”

The business was operating out of a little garage on University Drive when Mermelstein and Rohn were still in school, Picone said.

Years after his first experience with Vivid Racing, Picone said he went back to the company’s Web site when he needed parts for another car.

Reach the reporter at: allison.denny@asu.edu. 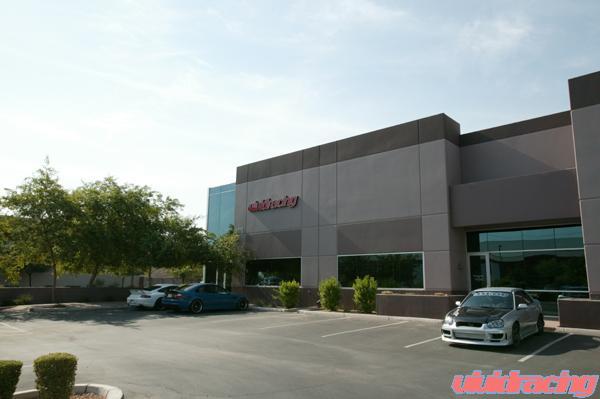 JIC Cross Coilovers Installed and Reviewed on our A3

JIC Cross Coilovers Installed and Reviewed on our A3

Would you lower your C8? 🤔 With our lowering co

What do you think of this 765LT conversion by @cre