Driftbox was initially developed for use in the Japanese D1 Grand Prix series to assist the judges award points during the competition, and has become in effect the fourth "Judge". Every vehicle which competes has a DriftBox Pro fitted during each run, and the judges get a points score for each corner based on Entry speed, Drift Angle and Cornering Force. Cornering force is used to judge how well the car is setup, the higher the cornering force, the more power and skill are needing to slide the vehicle.

The DriftBox Pro is for official competition judging, and communicates in real time to the judges via a radio telemetry system. This system is based on two GPS systems, with antennas placed in line on the roof of the car. Drift Angle is the difference between the Direction of travel and the Direction the vehicle is pointing.

As a result of the development of DriftBox Pro, Racelogic have been able to use this experience to produce DriftBox.

How Does DriftBox Work?
Housed inside the DriftBox is a high performance 10Hz GPS engine coupled with sophisticated motion sensors. Speed, Postion, Acceleration and Drift are measured 10 times a second. To measure Drift angle, the angle the vehicle is pointing is computed using the motion sensors, and this is compared with the angle the vehicle is travelling which is computed from the GPS.

Data logged to the MMC flash card can be analysed in detail using the PC software provided. For convenience, the DriftBox can be connected to the USB port of a PC compatible computer to download information stored on the memory card.

Drifting is a very exciting form of motorsport where the driver has to continuously slide the car in a controlled manner around a set course. The competition is judged by an expert panel, who base their decision on speed, style, accuracy and drift angle.

Until now, the drift angle had to be estimated, but with DriftBox the guesswork has been removed, allowing much fairer comparisons to be made between competing drivers. Not only does DriftBox give feedback on angle, but also entry speed and cornering G-force. This information is displayed to the driver, and can also be transmitted to the judges and spectators in real time using the optional Racelogic telemetry system.

Racelogic have been involved in professional Drifting for over 2 years, working very closely with the Japanese D1 Professional Drift Grand Prix Series. The DriftBox has been tested and used by the world s best drifters, from Japan, America, England and Europe.

Using the Performance Meter:
To swap between the 6 different performance meter screens, simply press the up and down arrows.  Performance ranges and units are fully user adjustable, which means if you want to measure a specific acceleration or deceleration range, for example 35-65, then this is very easy to do.

Using DriftBox to measure your 1/4 mile is very easy, simply scroll the screen to the 1/4 mile screen, and then go! The elapsed time and trap speed are then both displayed in real time on the DriftBox screen. You can choose to make this measurement either with or without the NHRA 1 foot rollout method.  The 1/4 mile times measured by DriftBox are accurate to within 0.1s. After an acceleration run, you can download your data from the SD card and overlay a previous run to see where you lost or gained time.

Who uses DriftBox?
DriftBoxes are now being used by to measure acceleration, braking, and lap times by many car and bike magazines, such as EVO, AutoExpress, Autocar, Redline, Max Power, Banzai, Japanese Performance, Performance BMW, Car & Driver, Performance Bikes, Ride, to name only a few.

Using the supplied software and an SD flash card, you can download the speed/time/distance/acceleration data from DriftBox via USB and analyse it using the PerformanceTools analysis software.  Another very powerful feature is the ability to export your DriftBox position files to Google Earth, allowing you to plot your vehicle s path onto a satellite image of the area.  Because DriftBox uses a fast GPS engine, it knows precisely where you are every 1/10th of a second. Using this information, it can compare your current position with a number of stored reference points and use this information to trigger a lap timer function.

Setting it up is very easy and only has to be done once. Just put DriftBox into setup mode, and drive over the point you wish to define as the start/finish line. This point is then converted into a line at 90 degrees to your direction of travel, and stored in the internal memory.

Up to 6 Splits can be defined in a similar manner, and you can freeze corner exit speeds by using the Speed@Split function, making it more than just a simple lap timer.

There is a 99 lap memory, with every lap and split recorded to the SD card for later analysis.

As usual with DriftBox there are a host of other features such as modes for slalom courses, a one-shot mode for Sprint circuits, different options for split times, and you can load and save all start / finish and split points to a file on the SD card.

No other lap timer combines all of these features in one easy to use and affordable unit.  For drivers keen to improve their laptimes and get valuable feedback on technique, DriftBox includes a sophisticated, fully functioning Data-logging package. Dedicated data-loggers with similar features normally cost more than the DriftBox itself, so the inclusion of this feature is worth the purchase price alone!

To use the Data-logging, simply insert the 64Mbyte SD card (which gives up to 53 hours of logging) and drive. Once you have finished the test, either plug the DriftBox into a PC via the USB cable provided, or remove the SD card and place it in a suitable reader.

Full Data Logging Software:
The data is then read into the PerformanceTools software, which is installed from the CD supplied. This software allows graphical analysis of acceleration, braking, cornering and lap times. You can overlay up to four files, and you get an accurate track map to compare your driving line between different laps. Make no mistake, this is not just token data-logging, this is the real deal!

DriftBox can help you to measure the power developed by your car’s engine, either at the wheels or flywheel. Having set the vehicle weight, results are calculated from the measurements taken by the fast GPS engine to give you useful guidelines to the car’s brake horsepower or kilowatt output.  Because these calculations are made from the GPS data rather than accelerometers, your results are likely to be more consistent and accurate.

There are two parts to the testing process: the acceleration run, which gives you the power at the wheels minus the losses caused by tyre and air resistance. The second part of the test measures these losses and also estimates gearbox losses. The Power Mode is also an additional tool for car tuning, where access to a chassis dynamometer is not possible.
Proposition 65

Started in 1992, RaceLogic is a company that designs and manufactures electronic systems used to gather information from moving vehicles. It measures, records, displays and analyzes critical information which is then relayed to the end user.

Their product is popularly used in motorsport racing wherein all data is important in order to have that slight advantage over the competition. Due to the success of their product, Racelogic was awarded the Queen’s Award for Enterprise. It is the highest honor that could be awarded to a UK Business.

RaceLogic has changed the way racing teams monitor their data. Because of the introduction of their product, racing teams of today are able to calculate the adjustment realtime and get information previously unavailable to them.

Not Just for Racing

Because of the products’ flexibility and effectiveness, RaceLogic is also used by major automotive manufacturers for their vehicle testing. This enables the manufacturer to see actual speed travel, angles, position and more information which they can use to make our vehicles safer on the road.

RaceLogic has a variety of electronic equipment to choose from. From their Flagship VBOX, which is the industry standard for measuring vehicle speed, position, distance and acceleration to their VBOX Motorsport in-car camera system and performance meters. These are used for racing. They even have a LabSat GPS simulator. Depending on your need, RaceLogic has the right equipment for you. Visit Vivid Racing and check out the list of RaceLogic products available. 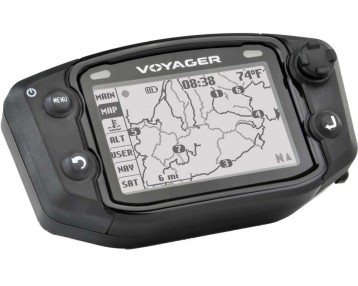 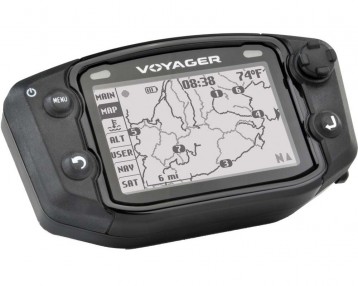 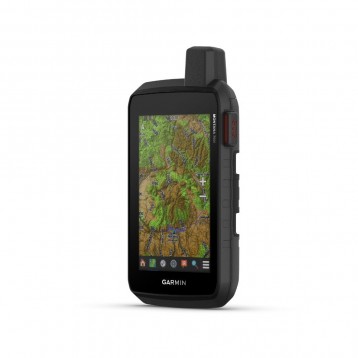 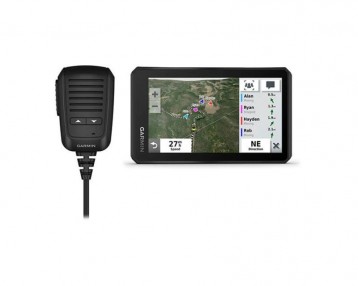