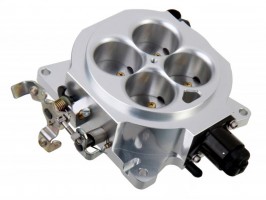 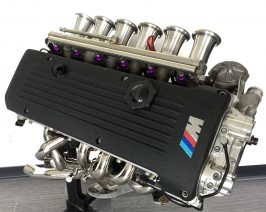 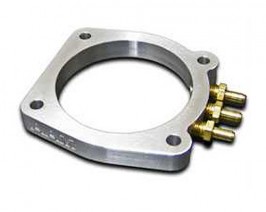 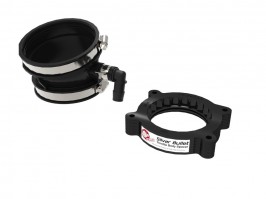 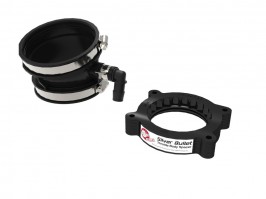 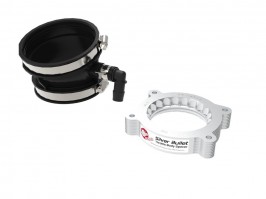 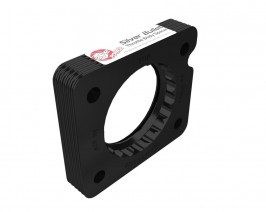 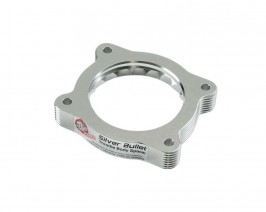 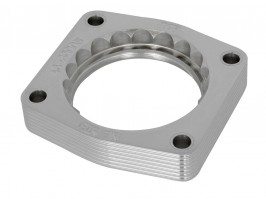 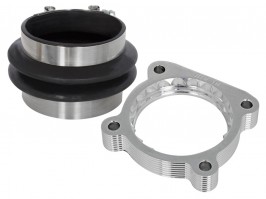 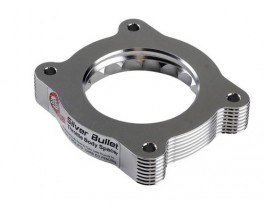 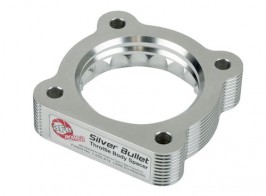 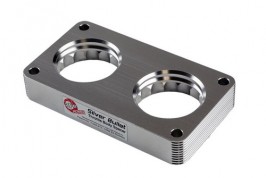 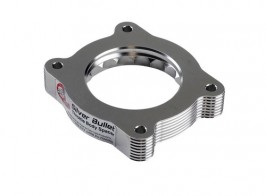 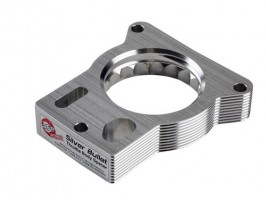 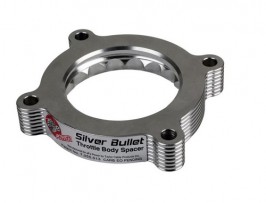 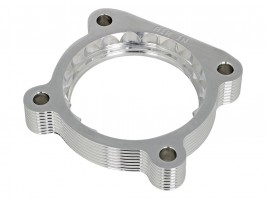 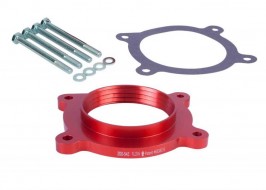 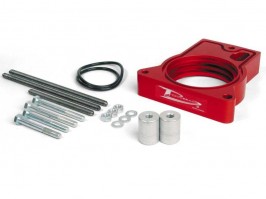 Throttle Bodies | Should I get One?

A throttle body is a tube containing a pivoting flat valve (butterfly) that is used to control the amount of air entering an engine. In an electronically fuel-injected car, a throttle position sensor and airflow sensor communicate with the computer, which supplies the corresponding amount of fuel needed at the injectors.

On older carbureted engines, the throttle body is built into the carburetor and via mechanical means and engine vacuum, more fuel is delivered as the valve opens. And that’s all you need to know about carburetors ...

Back to the throttle body. On a fuel-injected engine, the throttle body is normally located between the air filter and the intake manifold and is connected to the gas pedal mechanically with a cable, or electronically by wire. When the driver presses the pedal the butterfly in the throttle body pivots to let more airflow into the manifold.

When that happens, the throttle position sensor reports to the ECU that you have stepped on the gas. And the airflow sensor detects more air and sends a message to the car’s computer to boost the amount of fuel being supplied by the injectors.

The primary regulator for throttle pressure comes in the form of the throttle body temperature sensor, which measures the temperature of the air-fuel mixture entering the fuel injection system of your car. This necessary regulation helps spark ignitions generate the most fuel efficiency.

Largely controlled by the butterfly valve known as the throttle plate, airflow is regulated by the driver via pressing on the acceleration pedal inside the vehicle. This reacts to a sensor on the throttle bottle which tells it to allow more air into the combustion chamber, increasing REM and power output. This makes the car, in turn, go faster.

These days, most cars have one big throttle body. Some cars have modified engines and they make wonderful noises by having a throttle body on each cylinder. Although, those are pretty uncommon.

With individual throttle bodies (ITBs), each cylinder gets its butterfly valve regulating air intake, rather than all cylinders sharing one valve. When you apply throttle to an engine with a single throttle body, the air has to travel further to reach each cylinder, slowing response somewhat.

In an engine with ITBs, atmospheric pressure builds outside each cylinder, so when you open the throttle, air enters instantaneously. ITBs also help reduce pumping losses at partial throttle.

Another point goes to ITB for ridding your engine of an intake manifold. The air can be sucked into the engine more efficiently, and you can shape the velocity stacks to fit your purpose. And yet some cars still retain the manifold for better air filtration. Old school Dell’auto and Webers spring to mind.

Another point – a big one – is that ITBs make a pleasing mechanical noise every time you put your foot down.

The only con? ITBs are an expensive setup to engineer and produce. The difference in throttle response is worth it in high-performance engines but unnecessarily so in normal street cars.

Throttle bodies are generally reliable components, but on high mileage vehicles the shaft can wear, and dirt and deposit buildup can cause rough idle and stalling. Throttle bodies can often be cleaned with specialized cleaner, but some manufacturers do not recommend cleaning and replacement may be the only option.