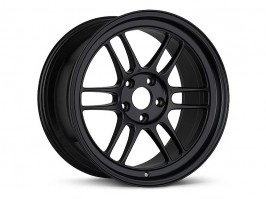 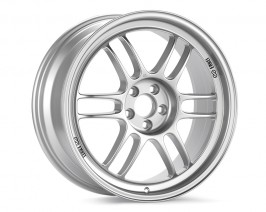 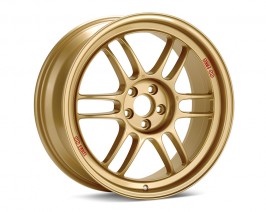 Eneki has long been one of the biggest and best manufacturers in the aftermarket wheel industry. More specifically, they've dominated the JDM segment and their wheels are also very popular in a variety of different motorsports. Enkei's wheels are subtle, beautiful, simple, lightweight, strong, and yet can stand the abuse of racing.

Enkei is a household name in the world of motorsports. The experience they gained in motorsports in producing lightweight and strong wheels directly transfer to making superior street wheels. A lot of the designs and techniques used in producing motorsports wheels can be adapted to any wheel design to create a superior end product. Because of that, each wheel in Enkei’s lineup can be used for racing since every wheel passed the stringent JGTC standards.

All Enkei wheels are engineered to pass rigorous testing. Enkei established their test standard called “Spec-E,” which is tougher than JWL requirements. Enkei’s Spec-E test setting requires a higher drop point in the impact test and 20% more cycles for the rotary bending fatigue and dynamic radial fatigue tests than JWL standards. The Spec-E represents Enkei’s confidence in its technology and quality.

Enkei developed a process known as "Most Advanced Technology" to produce the next level in aftermarket aluminum wheels. This process is very similar to a flow-forged or flow-formed wheel and produces very strong wheel barrels.

The Most Advanced Technology combines one-piece cast wheel technology with a rim forming technology called spinning process. Using this technique of casting and rim forming is critical to improving the material property and strength of the wheels. Rim-Rolled technology shapes the rim to improve material elongation without sacrificing the wheels’ hardness.

Another trivia: Did you know that Enkei licensed Konig to use this technology for their wheels? No? Well, now you do.

Like what we have established in the beginning, the RPF1 was born straight out of Formula 1. Enkei’s mission was to produce and sell enthusiast a wheel that has technology from the most prestigious race in the world… at an affordable price.

The RPF1’s durability allows it to endure damages from intense heat and pressure. Its lightweight construction, meanwhile, helps your car accelerate, turn, and brake faster, thanks to the reduced rotational mass. Besides functionality, the RPF1 is aesthetically enhanced with contemporary finishes, accents, and trims.