Superchargers vs Turbochargers: What’s the Difference?

by Eunice Tossy
in Resource Center
4

Superchargers vs. turbochargers is a car enthusiasts’ battle version of McDonald vs. KFC for fast food lovers. For so long, the conversation surrounding superchargers and turbochargers has been about finding out which one is faster, efficient, and better than the other. Most times people tend to assign their function, and how powerful they are from their names but that hasn’t always been the accurate approach. Superchargers and turbochargers are involved in the process called a forced induction process, which is a process whereby an internal combustion engine is supplied with more air than it can naturally ingest by an air compressor.

Superchargers and turbochargers are both air compressors. Normally an internal combustion engine produces power by burning fuel, and the process depends on how much air it can take. That means, for an engine to produce more power, more air is required, and more air means more efficient and quick burning of the fuel and that’s why manufacturers turned to forced induction of air. 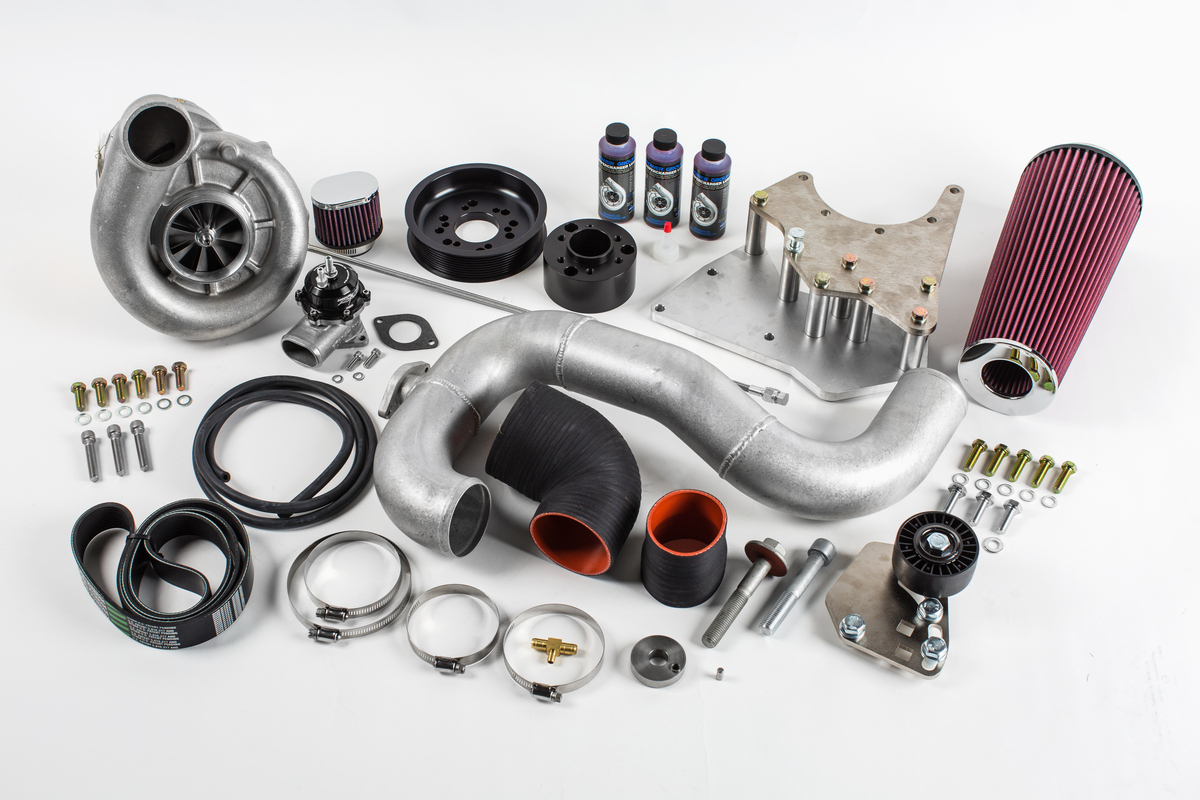 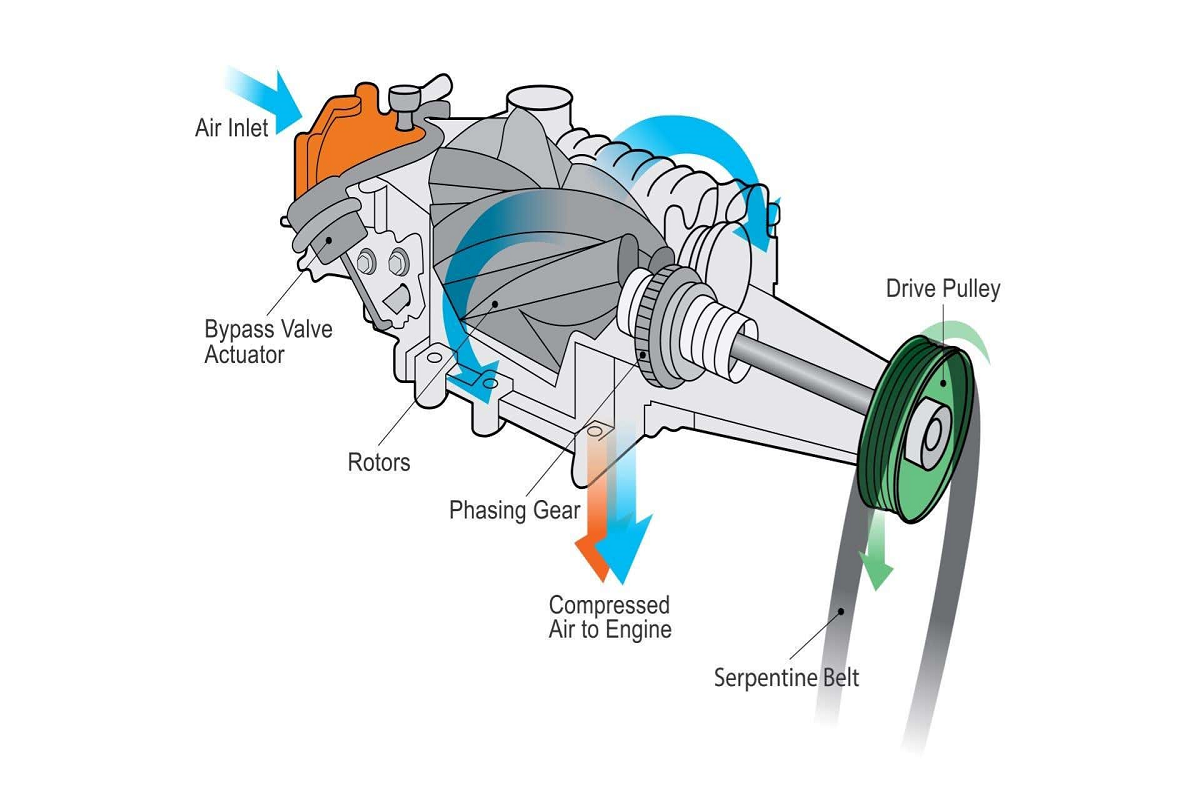 Superchargers tend to spin rapidly more than the engine in order to pressurize the air, since pressurizing air results in an increase in the density of air. A supercharger can spin at a speed as high as 50,000 to 65,000 rotations per minute (RPM). A supercharger tends to increase the performance of your engine by 30% to 50% but it can also reduce the engine’s fuel efficiency by 20%.

Check out these turbocharger and supercharger performance racing kits 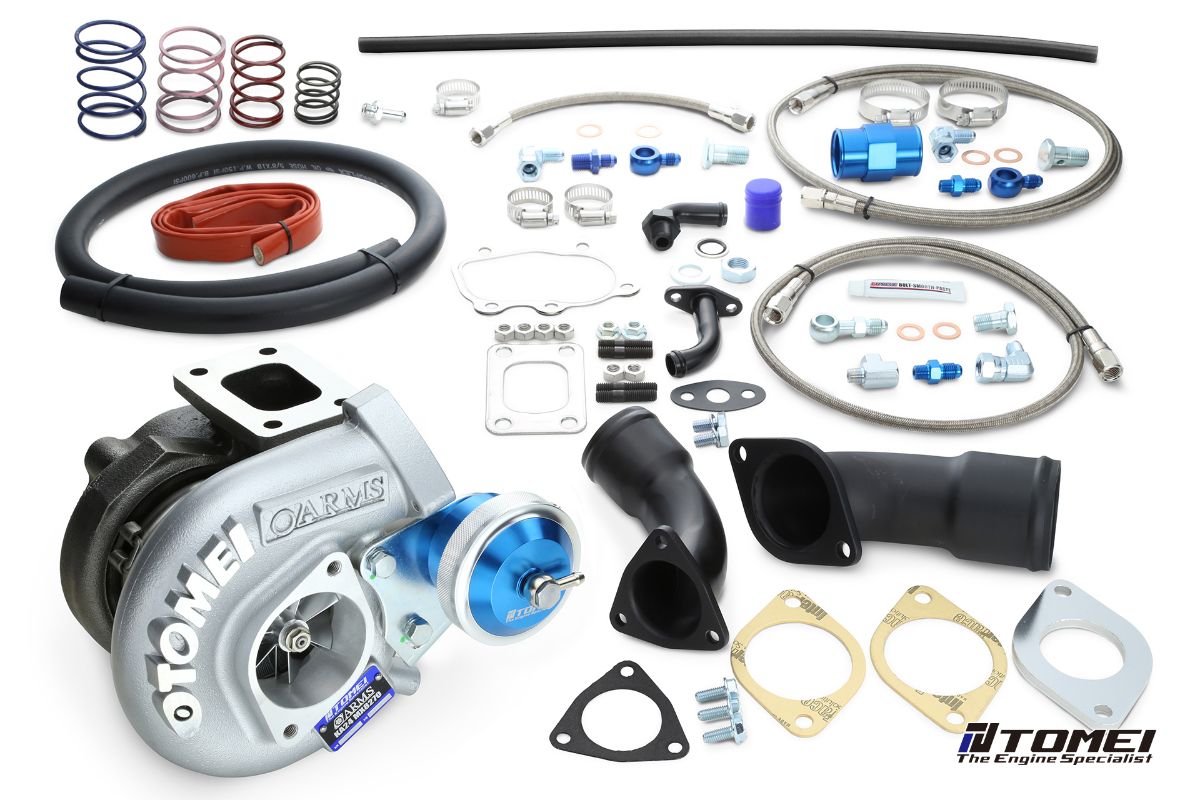 As the engine spins faster, so does the turbine, thereby turbochargers boosting the performance of the engine by 25% to 40%. A turbocharger’s system is not instant as a supercharger’s and so the system experiences a lag when the exhaust-driven turbine takes time to spool up as the turbine keeps up with the speed for optimal boost. 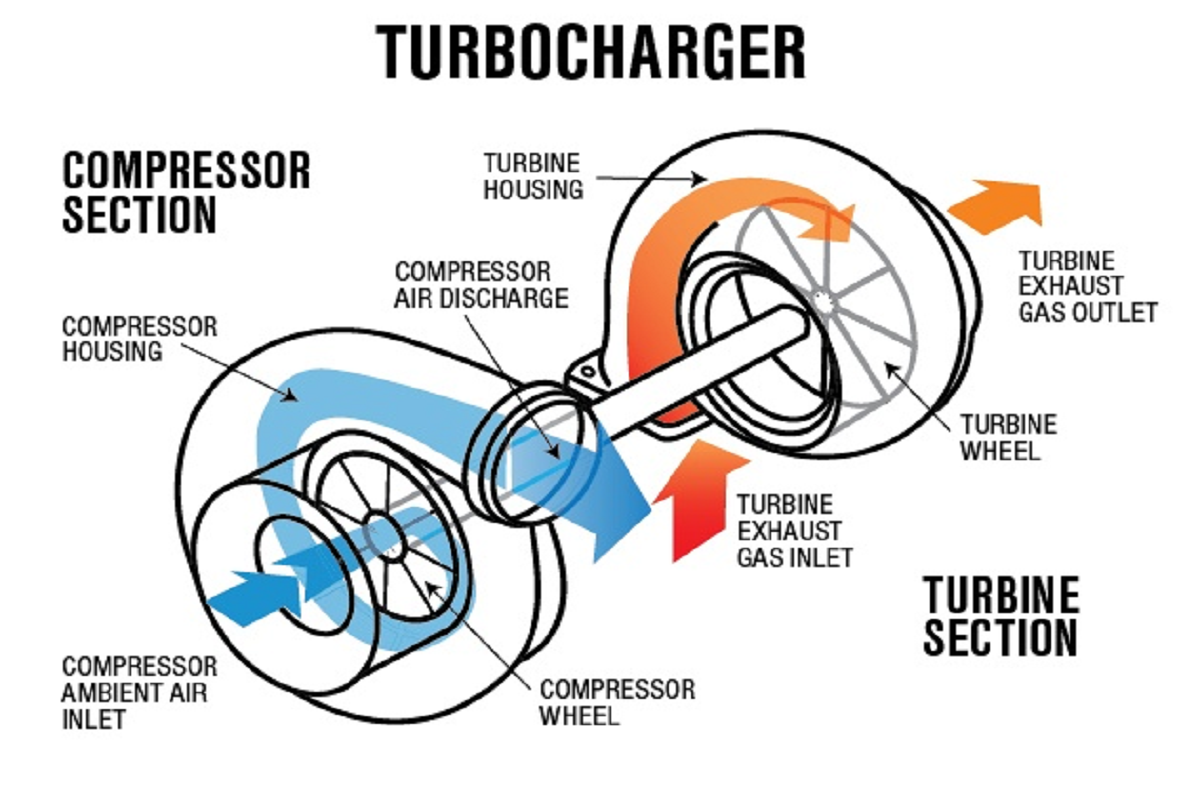 The Main Difference Between Supercharger and Turbocharger

As we have seen so far, turbochargers and superchargers are two technologies with the same function; forced induction of air, but they function differently. For starters, turbochargers have lag; turbo lag is what you feel when you’re waiting for the boost to kick in. The lag comes from the time it takes the engine to create enough exhaust pressure to spin the turbo, when the car is coasting or power is not being applied, there are not enough exhaust gases to spool the turbine after depressing the accelerator pedal, it takes about a second (in most modern cars) for the turbo to spool. Superchargers however do not lag, because their air compressor is linked directly to the engine’s crankshaft, it’s always spinning and instantly responsive. The power boost it provides, and therefore the engine response you feel through the seat of your pants, increases immediately in direct proportion to how far you press the accelerator.

Another difference between superchargers and turbochargers is in gas mileage. Since the supercharger takes power from the engine to spin the turbine in order to give more air to your cylinders your mileage is going to suffer a great deal, because your engine is gonna have to get itself to move another part while the turbocharger, on the other hand, takes the compressed exhaust gases and uses them to spin the turbine and to feed the cylinders, this helps your car to get a better gas mileage, because you use already spent power (burnt fuel gas) to give the engine more punch; basically recycling your fuel after use. One should expect a turbocharged engine to be about 8% -10% more fuel-efficient than the same engine that is not turbocharged.

Superchargers vs. Turbochargers: Pros and Cons

There are also several advantages of using a turbocharger instead of a supercharger. In fact, many engineers recommend a turbocharger over a supercharger because of these pros; it is highly efficient (both fuel-efficient and in the production of power). Because of the wastegate, turbocharger produces significantly fewer carbon emissions, it is also ideal in high-altitude conditions and it has lightweight and it runs quietly. Turbo’s cons include the boost lag, it also has complex installation and maintenance and it runs extremely hot and it often taps into the engine’s oil supply, this calls for additional plumbing, and is more demanding on the engine oil. Superchargers typically do not require engine oil lubrication.

What To Know Before Buying Wheels and Tires

What To Know Before Buying Wheels and Tires