Fine tuning is the key to maximizing any engines power output. Seemingly small adjustments can have huge effects on an engines performance, behavior, and reliability. The Cam pulley is used to rotate the camshaft which in turn will push the valve down. The timing of the valve depends on the positioning of the camshaft and the cam pulley. If the valve comes down before the piston reaches top dead center, the timing is considered advance. If the valve comes down after the piston reaches top dead center, it is considered retard. The adjustable cam pulley allows you to change the valve timing which is normally fixed. This is similar to a variable valve timing system except the timing on variable valve timing engine is variable depending on engine speed and changes while the engine is running. An adjustable cam pulley can only be set at one position/angle and can only be changed when the engine is not running. Changing the timing means peak power will be reached at different engine speeds. This allows you to calibrate your engines power band to your individual driving style. Tomei camshaft pulleys are made from lightweight Duralumin and Aluminum. These materials are an ideal choice for their lightweight and durability. Tomei camshaft pulleys are anodized to dress up the engine bay. 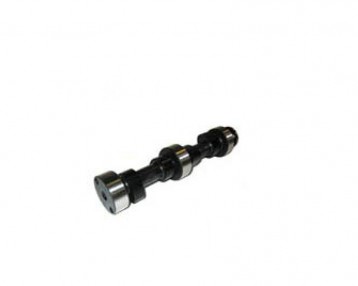 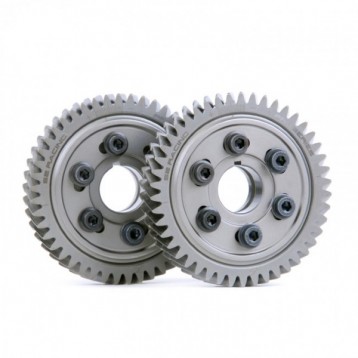 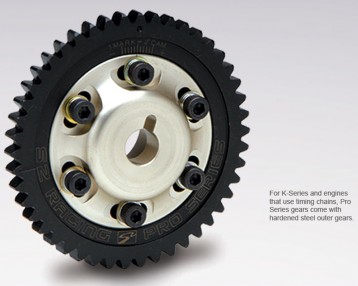 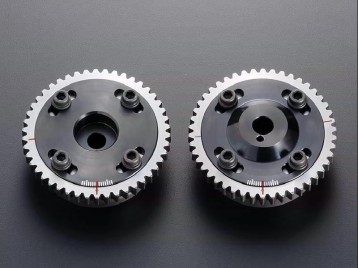