Houser Racing is proud to offer our Max Protect Rear Bumper for the Polaris RZR 900. This bumper not only has a bad ass look, but it covers the complete rear end of the UTV. Manufactured from High strength tubing, allows the bumper to have more strength at a lighter weight.

Who Is Houser Racing?

Houser Racing is a world-leading manufacturer of quality ATV and UTV parts based out of Marion, Ohio. Houser Racing and its team of engineers build aftermarket parts for the four-wheeler and side-by-side industry that are sold all around the globe. The company currently supplies parts for the Honda TRX400EX, Honda TRX450R, Yamaha Raptor, Yamaha YFZ450/R, Yamaha YXZ1000R, and a number of Polaris models like the General and RZR. Houser Racing’s lineup of ATV and UTV products includes bumpers, grilles, roofs, dashboards, brake lines, nerf bars, long-travel A-arms, tree bars/kickers, roll cages, and much more! Consider Houser Racing your one-stop shop for everything you need to enjoy your next trail adventure.

Born from a true passion for ATV racing, Houser Racing was established in 1998 by John Houser and his son Jeff. The company is a division of John Houser & Associates, a consulting engineering firm that has been designing high-speed equipment for Whirlpool Corporation for the last 20-plus years. When Jeff Houser began participating in ATV hare scrambles and Motocross races, both he and his father caught the winning bug and were fixated on finding new ways to do it. Like most racers, they pumped up the motor and tried going a little faster; the duo soon realized, however, that having a strong motor just wasn’t good enough.

It was going to take a special kind of suspension upgrade to improve both their speed and performance. When John and Jeff Houser began buying high-performance chassis parts, they were confronted with a number of challenges. The delivery time for some items was estimated to take about six months. When they finally arrived, the components weren’t fitting properly due to poor craftsmanship. If they did fit, they often didn’t perform well because of their less-than-favorable design. The Housers recognized that most products were missing very basic engineering concepts.

The Houser Racing Brand Is Born

John and Jeff Houser grew incredibly frustrated with their inability to find the high-quality parts they were looking for. John, a registered mechanical engineer, started to work with his son on designing and producing components to maximize the performance of their own ATVs. They started out with a set of A-Arms for a Honda 250X. The pair of them created the concept on a computer, designed and built the fixture, created and welded the parts, and finally finished them off with a nice powder coating. As time went on, more of their friends wanted to purchase from the growing list of groundbreaking products they were working on.

Vivid Racing carries a comprehensive lineup of quality Houser Racing parts for a number of different ATV/UTV models. Our Houser Racing inventory includes everything from bumpers, doors, and rocker panels, to hitches, nerf bars, handling arms, and more! If you have any questions regarding Houser Racing or its products, please contact our expert parts team at (480) 966-3040. We look forward to equipping your ride with the necessary parts to excel at your next trail adventure or race!

Purchaser understands and recognizes the Houser-Racing manufactures and sells racing components and equipment that are subject to various different conditions due to the manner in which they are used. Purchaser also recognizes and agrees that the suitability of any part sold or manufactured by Houser-Racing for a particular application is the purchaser's decision and that the purchaser is not relying on the skill or judgement of Houser-Racing regarding suitability of any product or service. Houser-Racing reserves the right to determine if the warranty claim is legitimate. There is no implied warranty of fitness for purpose with regard to racing or racing equipment.

Houser-Racing offers a one-year limited warranty against defects in workmanship and material. Liability is limited to repair or replacement of defective parts to original purchaser. Houser-Racing is not liable for any consequential damages, expenses or injuries arising from the use, misuse or improper installation of any product manufactured or sold by Houser-Racing. Houser-Racing reserves the right to make changes in design or add to or improve their product without incurring any obligation to install the same on any products previously manufactured. The warranty shall not apply to any product which has been repaired or altered in any way so as in our judgement to affect its performance, nor which has been subject to misuse, abuse, negligence or any other occurrence beyond the control of Houser-Racing. 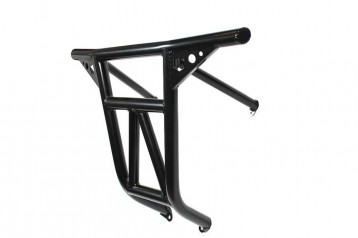 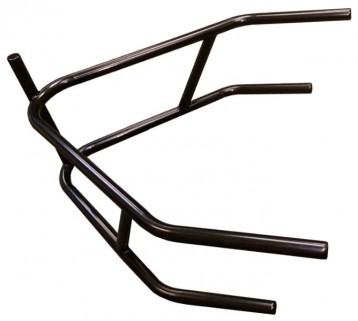 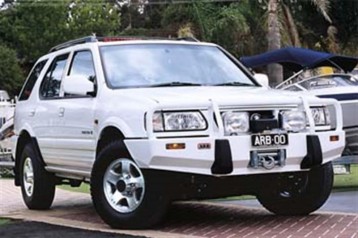 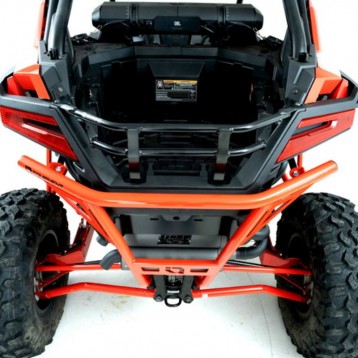