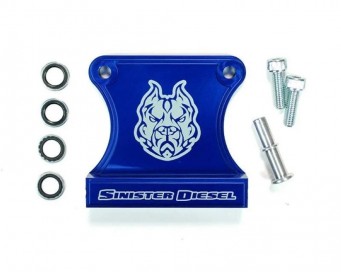 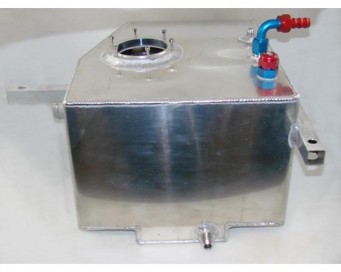 What are Fuel Tanks and What do They do?

A Fuel Tank is a safe container for flammable fluids. Although any fuel storage tank may be so-called, the term is typically used for part of the engine system in which the fuel is stored and propelled (fuel pump) or discharged (pressurized gas) into the engine.

For each new vehicle a specific fuel system is developed, to optimize the use of available space. Moreover, for one car model, different fuel system architectures are developed, depending on the type of the car, the type of fuel (gasoline or diesel), nozzle models, and region.

There are two technologies when making a fuel tank: Plastic and Metal.

Plastic high-density polyethylene fuel tanks made by blow molding. Blow molded HDPE can take complex shapes, for instance allowing the tank to be mounted directly over the rear axle, saving space and improving crash safety. Initially there were concerns over the low fracture toughness of HDPE, when compared to steel or aluminum. Concern for safety and long term ability to function should be considered and monitored.

Metal fuel tanks welded from stamped sheets. Although this technology is very good in limiting fuel emissions, it tends to be less competitive and thus less on the market, although until recent times automotive fuel tanks were almost exclusively made from sheet metal.

Modern cars often feature remote opening of the fuel tank filler flap with an electric motor or cable release. For both convenience and safety, many modern fuel tanks cannot be opened by hand or otherwise from outside the car.

For safety reasons, in modern cars, the fuel tank is usually located in front of the rear axle, outside the car's crumple zones. Likewise, for safety reasons, the filler could no longer be in the middle of the car in the crumple zone and thus had to be on the side of the car. Which side is a series of trade-offs: the driver's side is easier to access, and the gas cap locks are mechanically easier to access; the passenger side is safer (away from roadside traffic). Asymmetric sliding doors may also dictate positioning, and some minivan doors will collide with a fill-up in progress.