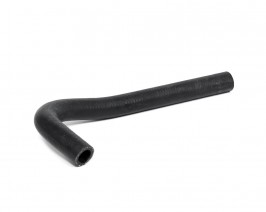 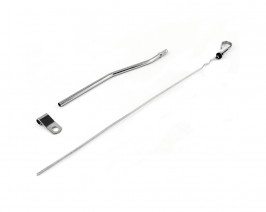 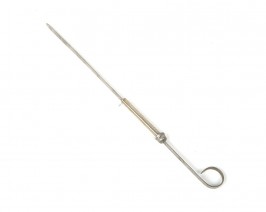 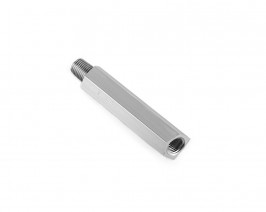 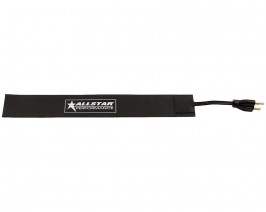 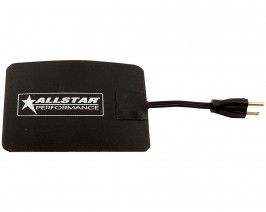 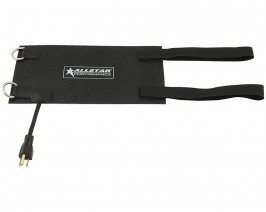 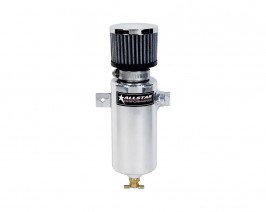 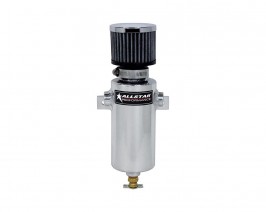 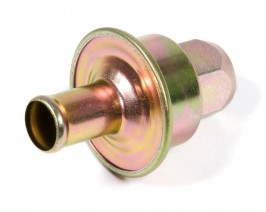 Allstar Performance Check Valve Only for Crankcase Evac Kit ALL34146 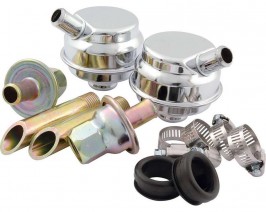 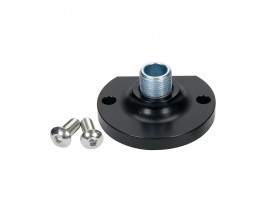 Allstar Performance Immersion Heater 4.75in ALL76415 Allstar Performance Immersion Heater 7.5in ALL76416 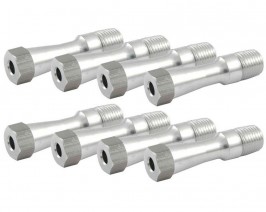 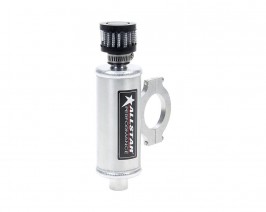 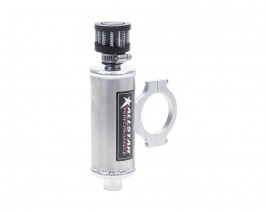 The oil pump in an internal combustion engine circulates engine oil under pressure to the rotating bearings, the sliding pistons and the camshaft of the engine. This lubricates the bearings, allows the use of higher-capacity fluid bearings and also assists in cooling the engine.

As well as its primary purpose for lubrication, pressurized oil is increasingly used as a hydraulic fluid to power small actuators. One of the first notable uses in this way was for hydraulic tappets in camshaft and valve actuation. Increasingly common recent uses may include the tensioner for a timing belt or variators for variable valve timing systems.

For simplicity and reliability, mechanical pumps are used, driven by mechanical geartrains from the crankshaft. Reducing pump speed is beneficial[b] and so it is usual to drive the pump from the cam (if this is mounted in the cylinder block) or distributor shaft, which turns at half engine speed. Placing the oil pump low-down uses a near-vertical drive shaft, driven by helical skew gears from the camshaft. Some engines, such as the Fiat Twin Cam engine of 1964, began as OHV engines with an oil pump driven from a conventional camshaft in the cylinder block. When the twin overhead cam engine was developed, the previous oil pump arrangement was retained and the camshaft became a shortened stub shaft. Even when the distributor position was moved from the previous block-mount to being mounted on the cylinder head camshafts, the oil pump drive remained in the same position, the unused distributor position now covered by a blanking plate.

The importance of clean motor oil

Clean motor oil is important because if the oil were left unfiltered for a period of time, it could become saturated with tiny, hard particles that can wear surfaces in your engine. This dirty oil can wear the oil pump’s machined components and damage the bearing surfaces in the engine.

The outside of the filter is a metal can with a sealing gasket that allows it to be tightly held against the engine’s mating surface. The base plate of the can holds the gasket and is perforated with holes around the area just inside the gasket. A central hole is threaded to mate with the oil filter assembly on the engine block. Inside the can is the filter material, most frequently made from synthetic fiber. The engine’s oil pump moves the oil directly to the filter, where it enters from the holes in the perimeter of the base plate. The dirty oil is passed (pushed under pressure) through the filter media and back through the central hole, where it re-enters the engine.