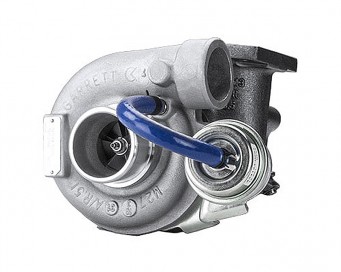 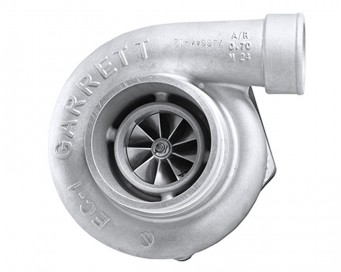 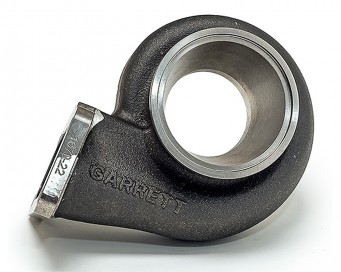 Garrett was founded in 1936 in a small one-room office in Los Angeles as the most famous name in turbocharger emerging technologies. Today, it is a leading global supplier of turbochargers and associated forced induction systems and components to global engines and carmakers. In Ford, Saab, Audi, BMW, Volkswagen cars, etc., Garrett turbos are installed. CART is based on Garret's boosting technology as well as the top race teams in 24 Hours of Le Mans and World Rally.

Decade by decade, Garrett never halted the industry's transformation. It powered America's first turbocharged car (the Caterpillar D9 crawler tractor) in 1955 and Oldsmobile Jetfire Rocket which is the first mass-produced turbocharged car in 1962. The company has developed a technology for Variable Nozzle Turbine (VNT) that has drastically improved diesel engine performance and implemented high-volume use of dual-ball turbocharged bearings.

Why Garrett? Within the turbo technology production industry, you cannot go wrong with the largest supplier of turbochargers trusted by prominent brands. In order to maximize engine efficiency and practically turn the output curve of your vehicle, you have access and can reply to the broader innovator in the engine boosting industry, which has pushed many race cars to victory. More than 30 thousand turbos come out every day, each with a proven boosting expertise from Garrett GT28 to Garrett GT35.

In order to ensure the robust design and safe and reliable performance, the producer subjects turbos to extreme OE qualification testing. They are, for example, subjected to a 1,000-hour endurance test, in which some engines fail, but not a Garrett turbo! During a 200-hour thermal cycle test, drastic adjustments are made every 10 minutes from low temp to glowing red, to make sure the turbine housing is not warped or broken. Another series of quality control procedures are carried out to show that you get the highest value for money using a Garrett turbocharger.

The turbo tale starts in 1954 when T15 of Garrett and D9 of Caterpillar were paired. Although the Oldsmobile Jetfire Turbo Rocket, appropriately recognized, was the first turbocharged production car in 1962, the technical influence of Deere's choice of the Garrett T04 was initially more pronounced in commercial cars in 1967, and all the industry followed. But in the 90s, turbocharging was the mainstream and worldwide one, as the 1991 Fiat Croma was able to adapt exhaust gas flows in direct response to particular engine requirements through the new variable nozzle turbine technology (VNT) from Garrett. The symbiosis between turbocharging and direct injection diesel powertrains has been confirmed by Volkswagen-Audi with its 1.9L diesel engine for the launch of its Frankfurt Motor Show in 1995, and innovations have been groundbreaking.

Early in the 1920s and 1930s, as compressor cars using supercharge technology raced with one another, the promise of turbo compression in race environments became apparent. Today, turbo and eCompressor help to make power the world's most successful events like Formula 1, the Indy car, the FIA World Rally, or 24 Hours of Le Mans and have lasting success. Garrett turbo technology claimed 18th consecutive victory in the famous Le Mans 24 Hours of the endurance race in 2017 and was the third win in succession to the Porsche Motorsport LMP team. And the turbo technology of Garrett helped Toyota win Le Mans' 24 Hours in 2018.

Why Switch to Vivid Racing?

From fitment help from our in-house experts to shipping packages, we'll take care of you and your order every step of the way. We know how much of a financial investment you're making in a set of wheels or accessories and upgrades, and in return, we'll deliver service and product that is second to none.

At Vivid Racing, we simply love cars. Cars are our vice in life. We love the automotive community and love our customers who think like us.

Finding a perfect aftermarket product is not an easy job. We fully understand it and we are here to help you find the best modifications for your car.

We specialize in double takes! Our passion, simply, is helping you to build the car you always dreamed of. Everyone has their favorite look, color, effect, and desires, and we are here to help you achieve your goal.

Vivid Racing ensures that they meet the customer’s expectations in terms of quality, size, and strength.

The company always provides quality aftermarket products that are used for applications where you need speed and good looks, such as for racing vehicles.

Buy online or give one of our world-class sales professionals a call at 1-480-966-3040 If you don't see what you are looking for Call Us.